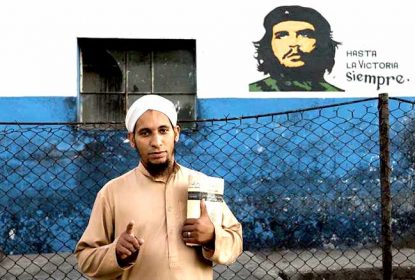 America, Arab Press, At the Top

The Muslims of Cuba 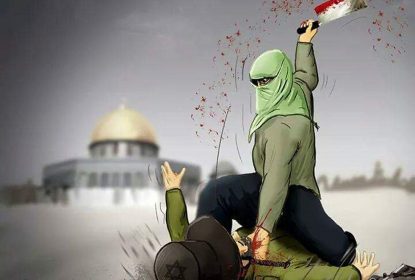 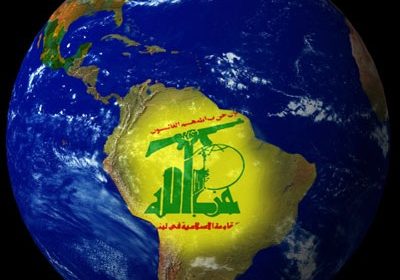 Share Tweet Leaked documents with sensitive FBI data exclusively obtained by Breitbart Texas reveal that 7,712 terrorist encounters occurred within the United States in one year and that many of... 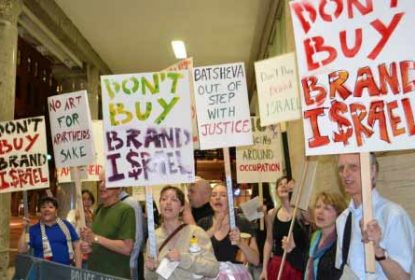 America, Anti-Semitism, At the Top, Israel

Hamas and Black Lives Matter: A marriage made in hell

Share Tweet On October 2014, the U.S. Campaign to End the Israeli Occupation (a clearinghouse for the International Solidarity Movement, ISM) ended their Boycott Divestment and Sanctions (BDS)... 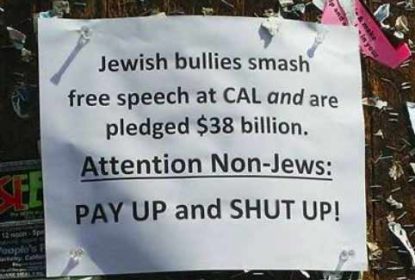 America, Anti-Semitism, At the Top, Israel

Share Tweet Antisemitic posters have been appearing around the University of California, Berkeley campus ever since a course exploring how Israel might be destroyed was first suspended... 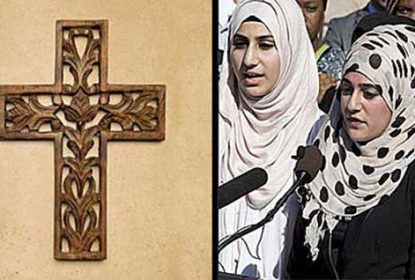 Muslims Demand That ‘Offensive’ Crosses Be Removed… From CATHOLIC School

Share Tweet Source A complaint that says crosses at Catholic school are “offensive”, and prevent Muslim prayers, has been filed against Catholic University in Washington, D.C. It is...

We’ll Tell You How Dangerous Ebola Is After the Election. By Ann Coulter

Share Tweet There had never been a case of Ebola in the U.S. until a few months ago. Since then, thousands of people have died of the disease in Africa, and millions upon millions of dollars have...

Share Tweet Front Image : Netanyahu shows an image of a Hamas rocket launcher placed near children in Gaza. Photo: Screenshot. Below is the full transcript of Israeli Prime Minister Benjamin...

White House: Too early to know if Oklahoma beheading was terror or workplace violence

Share Tweet Jah’Keem Yisrael was shouting Islamic phrases as he stabbed and beheaded. He is clearly a devout Muslim. He has photos on his Facebook page glorifying beheadings and showing him...

Share Tweet Front Image : Although U.S. President Barack Obama is not one of them, Israel still has many friends among Americans. Virtually all American leaders know that Israeli technology is...

A NUCLEAR IRAN COULD BE MORE DANGEROUS THAN ISIS. By Raymond Ibrahim

Share Tweet One Mideast reporter recently observed that Washington’s focus on the Islamic State comes at the expense of the more urgent threat posed by a nuclear Iran. This might...

How To Make Gefilte Fish That Your Guests Will Actually Want To Eat.(Video)

Islamic State Atrocities the Product of ‘Grievances’? By Raymond Ibrahim.

Share Tweet  While many have rightfully criticized U.S. President Obama’s recent assertion that the Islamic State “is not Islamic,” some of his other...

Obama: The Islamic State “is not ‘Islamic'”

Share Tweet “No religion condones the killing of innocents, and the vast majority of ISIL’s victims have been Muslim.” It is good of Obama to try to explain exactly how the Islamic...

Beheading Infidels: How Allah ‘Heals the Hearts of Believers’. By Raymond Ibrahim

Share Tweet To understand why the Islamic State not only decapitates its “infidel” captives, but also mutilates and mocks their corpses—and all to sadistic laughter—one need...

Share Tweet As shocking as the Muslim-run sex ring in Rotherham, England may seem to some—1,400 British children as young as 11 plied with drugs before being passed around and sexually abused...

Share Tweet The United States government is funding the radical Islamic terrorist group Hamas. That’s the conclusion of a Wall Street Journal report that looks into the formation of a new...

America, At the Top, Middle East

Share Tweet It’s an explosive charge, one that practically accuses the president of treason. Today, a former CIA agent bluntly told the newspaper, World Net Daily, that America has...

Israel : An Insider’s Guide to the Most Important Story on Earth (3/3)

Share Tweet A former AP correspondent explains how and why reporters get Israel so wrong, and why it matters (part 1 here, part 2 here)

Share Tweet A former AP correspondent explains how and why reporters get Israel so wrong, and why it matters (part 1 here,)

Israel : An Insider’s Guide to the Most Important Story on Earth (1/3)

Share Tweet A former AP correspondent explains how and why reporters get Israel so wrong, and why it matters

Hollywood heavyweights come out in support of Israel

Share Tweet The United States government is funding the radical Islamic terrorist group Hamas. That’s the conclusion of a Wall Street Journal report that looks into the formation of a new... 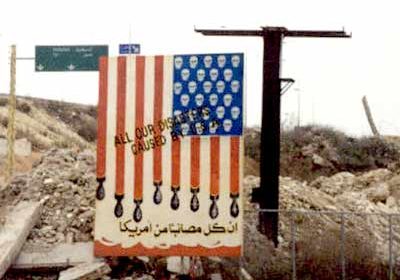 America, Warnings from the Past

Share Tweet Source Mexican authorities foiled a plan by Hezbollah to establish a base inside the country directly across the border from California that would have allowed the terrorist organization...
PREV12345