A Pakistani’s love letter to Israeli pop music and cinema 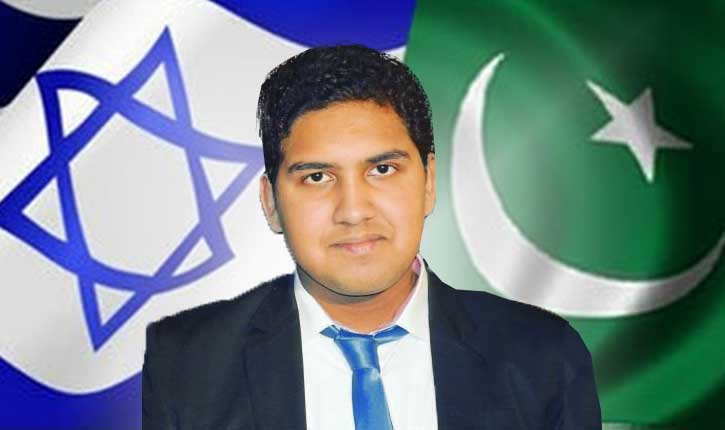 Despite the fact that my country Pakistan doesn’t have any sort of diplomatic relations with Israel and despite the ubiquitous antisemitism and anti-Israel sentiments in my country, I have triumphantly mustered up enough courage to articulate my love for music and cinema of a country which isn’t being often seen in a positive light in my country and is being often seen as playing a role in almost all international conspiracies. I have always been quite curious and eager about exploring Israel as it’s a country with which my country’s relations are almost non-existent and that non-existent part was adequate enough to augment my curiosity to explore Israel and as I can’t even travel to Israel as it’s being written clearly on my Pakistani Passport that “This Passport is valid for all countries of the world except Israel” so I decided to explore Israel (a country often seen as too alien and strange in my country) through the medium of Music, Cinema and TV shows. I have always been vehemently against all the antisemitism which was being tried by my different fellow countryman to feed into my mind and I have been quite rebellious when it comes to disagreeing with many of my fellow countryman over labeling all Jews and all Israelis as “Bad Guys” and the futile efforts of my fellow countryman to instill an odium for Israel instead resulted in an increased curiosity to explore what Israel really is? So Israeli movies and songs and TV shows like X factor were my only resort to explore an Israel that is different from a biased one-dimensional image of Israel shown by Arab, Iranian and by my Pakistani media usually of a country as always fighting some war with Arabs or bombing Gaza or Beirut. My first ever foray into Israeli culture was through Israeli music and songs of singers like Shiri Maimon, Moshe Peretz, Dana International and Ofra Haza. One day while I was looking for some new song of Beyonce on You Tube I came across “Ahava Katana” by famous Israeli pop singer Shiri Maimon and that song was even better than the Beyonce song I was looking for and then started my exploration of Israel and also eradication of all the stereotypes I heard about Israel and broadly about Jews (even since I was very young to properly elucidate the odium feed into my mind).Shiri had a mesmerizing voice which soothed me and I had ear orgasms even though the song melodiously sung by Shiri wasn’t in my native language or in a language I can fathom easily but it was in Hebrew and shortly afterwards I also fell in love with Hebrew language. I then also started studying Hebrew and I found this ancient and legendary language splendid. I also started eagerly discovering the historical background of Hebrew and I was astounded when I discovered that how Hebrew thrived in early Palestine,Babylonia,North Africa,Spain,Europe,Russia and in the United States even before the creation of State of Israel in 1948 when Jews were scattered all around the world without any state of their own. I also found Hebrew more fascinating when I came across the fact that Greek and Roman domination of Jews also affected Hebrew as a language through addition of some of the words from Greek and Roman vocabulary into Hebrew vocabulary but after all that the peculiar nature and character of Hebrew among the global languages remained intact. After listening to several songs of Shiri Maimon including “Verat Ziti Shetedi” I started watching X factor Israel in which Shiri was a judge along with another Israeli pop star Moshe Peretz and then I also became a fan of Moshe through his songs like “Ma Kore Itach” and I thoroughly relished X factor Season 1 from the beginning when contestants from all around Israel gathered in Tel Aviv for their auditions which were also full of fun and frolic to the final when a Filipina lady named Rose Fostanes won the contest and she was my favorite throughout the show and how can I forget the equally praiseworthy and stunning Israeli supermodel( the girl who once dated The Titanic famed actor Leonardo  DiCaprio) the host of the show Bar Refaeli.I also relished her acting in the 2013  French-Israeli crime-caper movie “Kidon” in which she starred as a Mossad assassin involved in liquidating a terrorist. “Kidon” was an amusing and intricate “sting” movie in which an Israeli Mossad team tries to find out who is responsible for the death of a Palestinian agent Mahmoud Al- Mabhouh in diplomatically sensitive Dubai. In the background there’s a high-stakes duel between France and the United States for a massive Middle Eastern nuclear reactor construction deal. With a fast-paced story line it was a flabbergasting and twisted spy comedy. I not only just relished songs of Shiri Maimon and Moshe Peretz but I also enjoyed the melodies of Israeli pop “Diva” (Also the name of one of my favorite songs of Dana which secured Israel a victory in the Eurovision Song Contest 1998) Dana International from the above mentioned song “Diva” to her 2008 single “I Need Your Love”. And how can I forget the melodious warblings of “Israeli Madonna” Ofra Haza from “Daw Da Hiya” to “Give me a sign”. She was more than just a cultural icon of Israel as she also tried to bridge the wide gap between Israel and her Arab neighbors as her songs spread to a wider Middle-Eastern audience defying all the barriers to peace and friendship between Arabs and Israel. After exploring Israel through pop music I then resorted to the medium of Cinema. Apart from recent movies like the above mentioned “Kidon” and “The Women’s balcony” I also fell in love with the living legend Gila Almagor (Famed as Queen of the Israel Cinema and Theater) starrer 1973 Israeli movie “The House on Chelouche Street” which was also nominated for the Academy Award for Best Foreign language film. The movie traced the tribulations of a fatherless family which immigrates to a politically unstable Israel from Egypt during the British mandate period. This movie played a pivotal role in evoking my sympathy for and acquainting me with the Jews who suffered at the hands of British forces and Palestinian Arabs due to an escalating violence after the declaration of the State of Israel. I cried multiple times while watching the movie especially near the end of the movie when Clara (Gila Almagor) lost one of her sons due to violence in the aftermath of declaration and her first born son Sami also suffered as he fought against British forces as an Irgun activist. One of my recent favorites from Israeli Cinema apart from “Kidon” is “The Women’s Balcony” which is a comedy drama about community, traditions and values and also has showcased empowered Israeli women who are keeping all of the above mentioned elements of a society together in the face of modern extremism. Through this movie I came across the Orthodox Jewish community in Jerusalem and also through a clash comically depicted between conservative religious and moderate views in one of the sprawling and cosmopolitan hubs of modern Israel (Jerusalem) as the narrative of the movie narrates about a new ultra-conservative Rabbi in town who comes to a segregated synagogue in Jerusalem and he perceived the collapse of the women’s balcony in synagogue as a divine sign. Then started the women’s quest for their balcony and their courageous struggle against patriarchy and conservative religious views as they are being relegated to a structure behind bars in synagogue after the collapse of their balcony. I hope those who will be reading my article will like the kind of exploration of Israel I had through Pop music and cinema and my exploration reiterates the notion that Art has no boundaries and is always free so is Cinema and Music which are also members of a wide family of Arts. Shalom everyone.

Sarmad Iqbal is a Pakistani writer,blogger and student who has a penchant for reading, writing, learning languages, studying cultures, religions and Geo-Political affairs. He can be reached at his twitter id @sarmadiqbal7.


An Arab Muslim in the Israeli Army (Video) The Jews: One of the World’s Oldest Indigenous Peoples - by Amb. Alan Baker