[Video] The Jewish People’s Ties to Jerusalem: 3,000 Years Ago, Today, and Forever 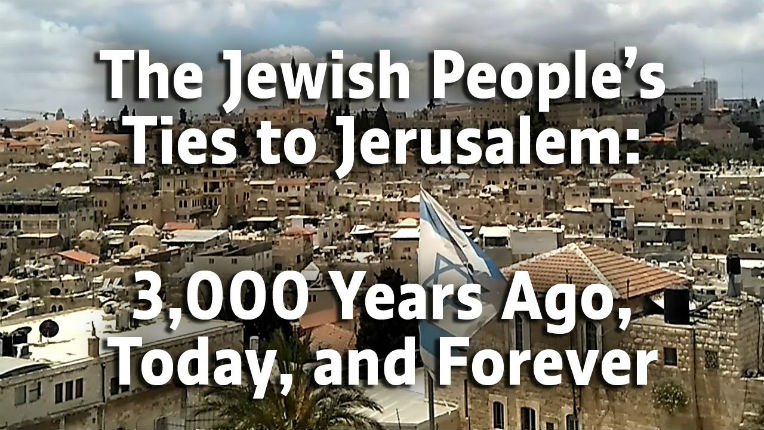 Nobody would dare, but UNESCO went down to the lowest point of its history by denying the Jerusalem connection to the Jewish people. It’s a ridiculous disgusting lie.

The UN resolution is shameful, simply put it erases three millennia of archaeological, historical, and religious documentation which is backed by history and archaeology in Jewish, Christian, and even Muslim sources.

Jerusalem is mentioned more than 800 times in the Bible as the capital of the Kingdom of Israel. It became the central symbol of the Jewish people despite hardships and decrees during the Jewish exile. Jews continued to live and worship in Jerusalem. Those who were exiled and longed to return proclaimed ‘Next Year in Jerusalem.’ The word ‘Zion’ is one of Jerusalem’s many names and is the root of “Zionism,” the national return of the Jewish people to their ancient homeland.

Following the 1948 War of Independence, the city was divided, and parts of it were occupied by Jordan. The Jordanians barred Jews from entering Jewish holy places. Dozens of synagogues were desecrated, burned, and blown up.

38,000 Jewish gravestones on the Mount of Olives were vandalized. The dividing line was filled with barriers, and Jordanian snipers fired at civilians.

But the belief that one day Jews would be able to return to unified Jerusalem had not disappeared.
With the unification of the city, the level of security for everyone increased.

Until 1967, it was only a dream to see together Jews, Christians, Muslims in the malls, in the university, in the school, in the streets. And also in the Knesset.

People of integrity, truth, and goodwill must combat the vicious and mendacious Palestinian claims. The fight for the truth of Jerusalem is essential: to guarantee the future of the holy city, to protect its holy sites, and ensure freedom of worship for all faiths for Jews, Christians, and Muslims. Jerusalem’s connection to the Jewish people not only as the capital but as the collective heart and soul that unites Jews throughout the world must be protected today, tomorrow, and forever.