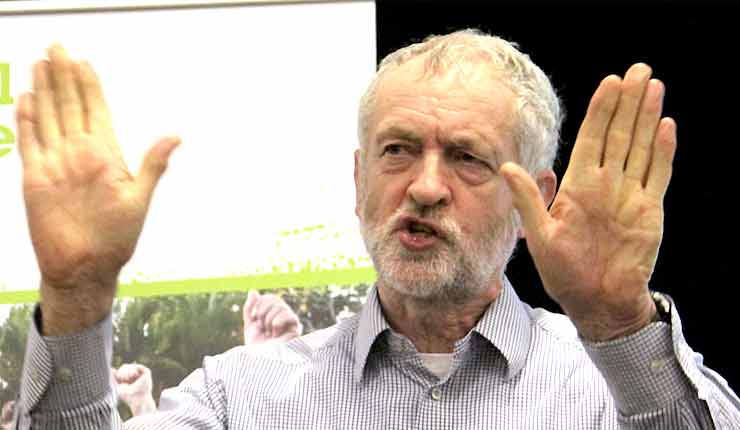 Voters in four London districts with significant Jewish populations have likely made it much easier for embattled British Prime Minister Theresa May to form a coalition government, a leading UK political analyst told The Algemeiner on Friday.

May’s decision to call an early election after just a year at the helm of the ruling Conservative Party backfired spectacularly at the polls yesterday, with the opposition Labour Party, under far left leader Jeremy Corbyn, gaining an additional 29 parliamentary seats to bring its total number to 261.

Meanwhile May – having hoped to secure a stronger electoral majority in advance of the forthcoming Brexit negotiations with the European Union – ended up eight seats short of an absolute majority.

But with the support of the ten parliamentarians from the Democratic Unionist Party (DUP), an ultranationalist party based in Northern Ireland’s overwhelmingly Protestant pro-Union community, May commands 329 parliamentary seats – three more than needed for a working coalition government.

Significantly, four parliamentary constituencies in London with a significant Jewish vote may have made all the difference to Corbyn’s attempt to block May from forming a government.

The DUP is by far the easiest option available to her, and the one that she presented to Queen Elizabeth on Friday morning during her meeting with the monarch at Buckingham Palace.

Alan Mendoza – Executive Director of The Henry Jackson Society, a London-based think tank – noted that had Labour captured these four North London seats, May would not have had the choice of forming a government with the DUP. Such an outcome would have been a welcome boost to Corbyn’s chances of forming a coalition government with other opposition parties.

“There were massive swings to Labour recorded across North London,” Mendoza said. “That is, except for Harrow East, Chipping Barnet, Finchley and Golders Green, and Hendon.”

In all these constituencies, Mendoza observed, Labour came close to winning, only to fall at the final hurdle. The strong opposition toward Corbyn among Jewish voters – a May 30 poll conducted by the Jewish Chronicle put support for the Conservatives in the community at 77 percent – played a major part in “stopping a clean Labour sweep across the north part of London,” Mendoza said.

The battle in Finchley and Golders Green pitted the serving Conservative MP Mike Freer against Jeremy Newmark, a high profile Jewish community figure who is currently the chair of the Labour Party-affiliated Jewish Labour Movement. After a nail-biting contest, Freer won by a wafer thin 1,500 votes.

“Clearly Labour’s problem with antisemitism would have weighed heavily on (Jewish people’s) minds,” Freer told the Jewish Chronicle afterwards. “In terms of what we’re feeling the Jewish community have stuck with me and got us over the line.”

In nearby Hend0n, the defeated Labour candidate Mike Katz, who is Jewish, told the Jewish News that “it would be a folly” to ignore the fact that Jewish anxieties about Labour’s antisemitism assisted in his defeat.

“I had many conversations with people who said ‘I like you, I like Labour’s policies, I’ve no love for the incumbent but can’t vote for your party and its leadership because of recent events.’ It was a conversation that went beyond the Jewish community,” Katz said.

While Labour leaders are hailing a performance that would have been dismissed as  a deeply disappointing result in previous elections, the humbling of May’s electoral ambitions and the uncertain path she now faces with the Brexit negotiations may yet hand Corbyn another chance to run for the Prime Minister’s office. That should encourage the party to examine its attitude to the scandals around antisemitism and support for terrorism that have continually surfaced during Corbyn’s two years as Labour’s leader, Mendoza said.

“If they are looking at it objectively, Labour’s leadership need to take stock, because this issue has hurt them,” he remarked.

Britain’s Chief Rabbi Ephraim Mirvis said in a statement that the election demonstrated the dramatic polarization of British society.

“The General Election results make it quite clear that it is not only our political representatives who are sharply divided on what is in the best long term interests of our country, but also that the electorate is similarly divided,” Mirvis said.

“As Theresa May seeks to form a new Government, my prayer is that she be blessed with the insight and the wisdom to lead the country with a spirit of understanding and a commitment to the common good,” he added.