There Won’t Be Peace While the Power Is Out 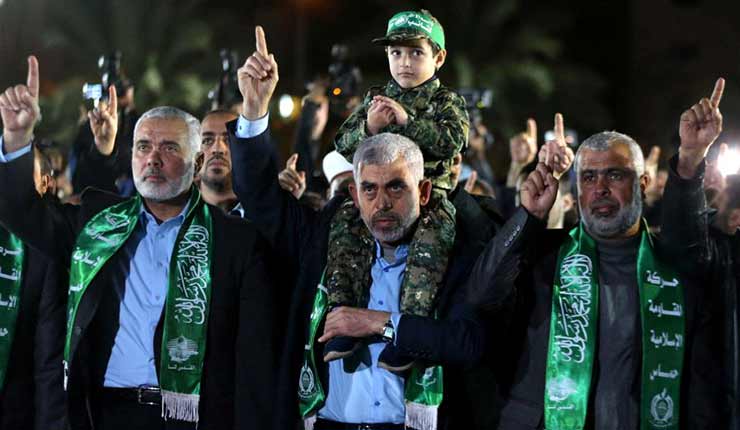 Donald Trump and the mainstream press may act like enemies on many issues, but they are the closest of allies when it comes to the Israeli-Palestinian peace process. Trump spouts fantasies about making Israeli-Palestinian peace, and Western media dutifully fails to report any news that might disrupt these fantasies, such as what the Palestinians’ two rival governments are actually doing to their own people right now.

If journalists were doing their jobs, they would ask Trump and his advisors one simple question: How exactly do you expect the Palestinians to make peace with Israel when both Palestinian governments have chosen to deprive their people of basic necessities–including electricity and medical care—to support anti-Israel terror?

Earlier this month, for instance, an Arab hospital in Jerusalem that mainly treats Palestinians announced it would no longer accept patients from either the West Bank or Gaza because the Palestinian Authority owes it so much money that it can no longer afford to buy medicines. The hospital, Augusta Victoria, said it urgently needs 23 million shekels ($6.4 million) to replenish its stocks. The PA’s unpaid debts to it total 150 million ($42 million).

Medicines are in similarly short supply in Gaza because, about two weeks ago, the Fatah-run PA stopped paying for them. Normally, the PA sends a shipment of medicines to Gaza every two months. But the last shipment arrived more than three months ago, and supplies of many drugs have been exhausted. Gaza’s Hamas-run government refuses to act in Fatah’s stead.

Both sides have some legitimate grounds for demanding that the other pay. Hamas bears responsibility because it is Gaza’s de facto ruler, but the PA is the one that gets billions of dollars a year in foreign aid to fund humanitarian needs in both the West Bank and Gaza. Meanwhile, however, both are refusing to compromise, and Gaza residents are paying the price.

Gaza has also been suffering severe power shortages for over a month because neither the PA nor Hamas is willing to pay for fuel to run the local power plant. Or, to be more precise, Hamas isn’t willing to pay the hefty tax the PA imposes, while the PA isn’t willing to lower the tax. Residents are consequently down to just four to six hours of power per day, which is not only inconvenient but life-threatening. During the last such crisis, in January, three Gazan babies died in the space of just two days due to the power outages.

The January crisis ended when Turkey and Qatar agreed to finance the fuel temporarily. But their aid has run out, and neither country has offered to renew it. The situation is now so bad that even the UN, which usually finds a way to blame Israel for everything, accused the ongoing Hamas-PA spat of having “significantly aggravated” Gaza’s woes.

Moreover, the only reason Gaza has enough power for even a few hours a day is that Israel has begun quietly picking up the tab for its other main power source, the electricity brought in on high-voltage wires from Israel. Until recently, the PA paid for that electricity, but last month, it announced it would no longer do so–and Hamas, needless to say, refuses to pick up the slack.

What about the West Bank? It is still getting uninterrupted power only because Israel agreed last year to forgive $130 million of the massive $530 million debt that Palestinian power companies there owe the Israel Electric Corporation. In other words, just like in Gaza, the Israeli taxpayer got stuck with the bill, because Israel cares more about Palestinians’ electricity needs than either the PA or Hamas does.

If all this were happening because both governments were simply broke, it would be understandable. But in fact, both seem to have plenty of money for their top priority: incentivizing or directly funding anti-Israel terror.

The PA, for instance, spent $129 million last year paying above-market salaries to convicted terrorists sitting in Israeli jails, and another $175 million a year in stipends for families of terrorists killed while trying attack Israelis. In other words, its entire debt to Augusta Victoria comes to less than 15 percent of what it spends on anti-Israel terrorists every year, while the “unpayable” portion of its debt to the IEC amounted to just over 40 percent of what it spends on those terrorists every year. So it’s not that it can’t afford to pay for medical care or electricity for its people; it simply considers paying terrorists higher priority.

As for Hamas, it collects tax on every single item that enters Gaza, giving it revenue of hundreds of millions of dollars a year. The last annual budget it published, for 2014, came to $530 million. But of this, it spends an estimated $100 million a year on building its capacity to attack Israel, including smuggling in rockets, making its own rockets and digging cross-border attack tunnels. By comparison, even with the PA’s tax, fuel for its power plant costs about 50 million shekels ($14 million) a month. In other words, its annual investment in anti-Israel terror would cover more than seven months’ worth of fuel for Gaza, at least providing time to find a more permanent solution, but it considers preparations to attack Israel higher priority.

If any Palestinian government ever prioritizes its own people’s welfare over anti-Israel terror, it might be possible to talk about peace. But as long as killing Israelis is the top priority for both Hamas and Fatah, the idea that either Palestinian party would ever sign a peace agreement with Israel is fatuous.


Gazans Speak Out: Hamas War Crimes Growing up north of Israel: How I became an ardent Zionist