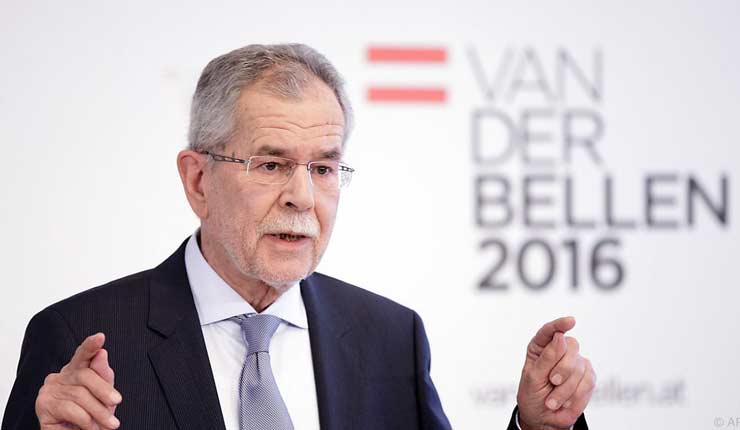 Austria’s far-left president, Alexander Van der Bellen, has suggested that one day all women must wear headscarves to fight Islamophobia.

During a talk to students, Van der Bellen said that whilst be believes a woman should wear “whatever she wants”, should Austria’s “rampant Islamophobia continue, there will come a day when we must ask all women to wear a headscarf – all of them! – out of solidarity towards those who do it for religious reasons”.

Van der Bellen, who was sworn in as president in January after defeating anti-mass migration Freedom Party candidate Norbert Hofer in last December’s presidential re-run, has spoken of his support for abolishing national borders and creating a federal Europe, describing it as a “project of peace”.

Whilst running on an election platform in 2007 for the Austrian Greens, Van der Bellen presided over a poster that declared: “Anyone who loves Austria must be shit.”

However, the Austrian president has little influence over Austrian policy, with his role as president mainly symbolic and ceremonial.

His comments run against recent legislation passed by the Austrian government, who last month banned the full-face Islamic veil, known as the burqa, in public places as part of a new integration package.

In response to the ban, between 2,000 and 3,000 mainly Muslim women protested in the streets of Vienna under the slogan “MuslimBanAustria – My Body, My Right to Self-Determination,” while accusing the government of “Islamophobia”.


French scientist who predicted Trump and Brexit says the maths adds up for a Le Pen victory Israeli UN Envoy Lashes Out Over Barghouti Security Council Letter, Calls Jailed Palestinian Terrorist’s Actions "No Different Than Those of ISIS"