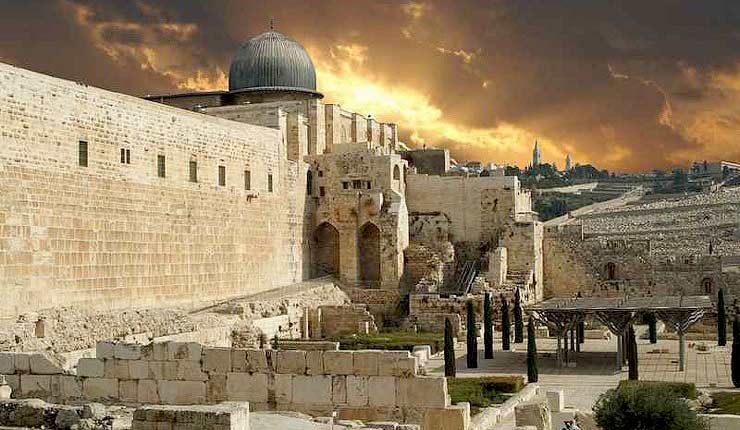 The United Nations Educational, Scientific and Cultural Organization (UNESCO) is set to vote on Tuesday, Israel’s Independence Day, on a resolution that comes out against Israeli sovereignty over Jerusalem.

Israel’s embassies in the 58 countries that make up the organization’s executive board and the Israeli Foreign Ministry are working to convince as many countries as possible to vote against the resolution, but it is likely to pass regardless due to the automatic majority Arab nations have.

The administration of US President Donald Trump is also working to pressure UNESCO and the member nations to postpone the vote or alternatively oppose it.

Last year, UNESCO passed a resolution that failed to acknowledge Jewish ties to the Temple Mount by omitting the holy site’s Jewish name and referring to it only by its Muslim name—Al-Haram Al Sharif. Only six countries voted against the resolution, and Israel hopes this year more will vote against.

The draft resolution was initially submitted in March by Arab nations on behalf of the Palestinians. A new draft set to replace the March one was co-authored by European countries.

This draft resolution does not include the article concerning Jewish ties to the Temple Mount, but includes a new article that comes out against Israeli sovereignty over Greater Jerusalem—not merely rejecting Israel’s sovereignty in east Jerusalem and the Old City, but the entire city.

The draft resolution’s initial version also determined that “any action taken by Israel, the Occupying Power, to impose its laws, jurisdiction, and administration on the City of Jerusalem, are illegal and therefore null and void and have no validity whatsoever.”

“UNESCO’s executive board refuses to stop the politicization that has been undermining the organization’s status,” an Israeli diplomatic official said. “Against the recommendation of UNESCO’s director and the promises and declarations made by different leaders over the past year, UNESCO is repeating the ritual of passing political, anti-Israeli resolutions that undermine any action Israel takes in Jerusalem, adopting past resolutions that denied Jewish ties to the city, and recycling political condemnations against Israel on Gaza.”

The official went on to slam the European Union in particular, saying that “instead of stopping the politicization as they’ve promised Israel, the EU nations support it in practice by proposing their own wordings—including on the issue of Jerusalem—on issues that have no connection to UNESCO’s mandate.”

“Israel expects the member nations to vote against the absurd resolution,” the official added. “This draft resolution won’t hurt our determination to act in Jerusalem for the benefit of all of its residents. It will, however, hurt UNESCO’s declining position and the organization’s relevancy.”

Carmel Shama-Hacohen, Israel’s ambassador to UNESCO, met with the ambassadors of all of the nations Israel has diplomatic ties with, in an effort to convince them to vote against the resolution.


Trump may announce us embassy move to jerusalem during Israel visit NETANYAHU SETS POLICY: WE WON’T MEET DIPLOMATS WHO MEET WITH BREAKING THE SILENCE