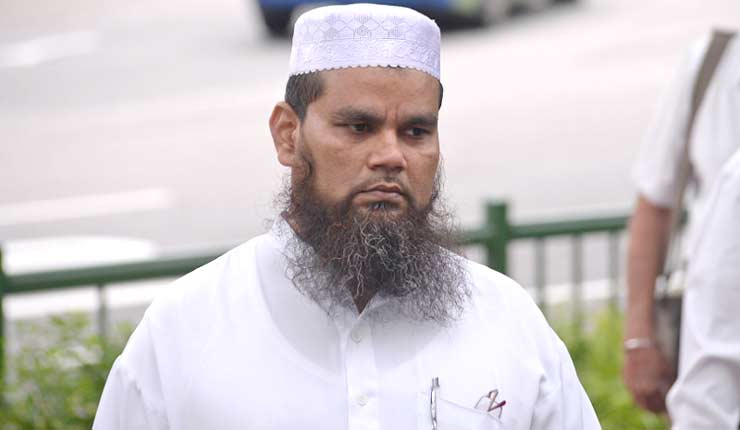 Singapore on Monday ordered expulsion of an Indian Imam after he was handed a nearly USD 3,000 fine by a court here for making divisive remarks against Christians and Jews during his Friday sermon at a mosque.

Nalla Mohamed Abdul Jameel pleaded guilty to a charge of promoting enmity between different groups on grounds of religion or race at the State Courts. He was handed a fine of Singaporean dollars 4,000 (USD 2,860), the Channel News Asia reported. In February, a video was circulated online of the imam reportedly reciting a prayer in Arabic that said, “God help us against Jews and Christians,” among other things.

The Ministry of Home Affairs (MHA), in a separate statement, said Nalla has paid the fine and will be repatriated. “Any religious leader from any religion who makes such statements will be held accountable for their actions,” the MHA said. “Under Singapore law, we can’t, regardless of his religion, allow anyone to preach or act divisively and justify that by reference to a religious text,” it said.

The Imam on Friday apologised to the Christian, Sikh, Taoist, Buddhist and Hindu representatives and members of the Federation of Indian Muslims, saying that he was “filled with great remorse” for the  tension caused by his remarks.


NETANYAHU SETS POLICY: WE WON’T MEET DIPLOMATS WHO MEET WITH BREAKING THE SILENCE Time for the US to stop Qatar’s support for terror