Time for the US to stop Qatar’s support for terror 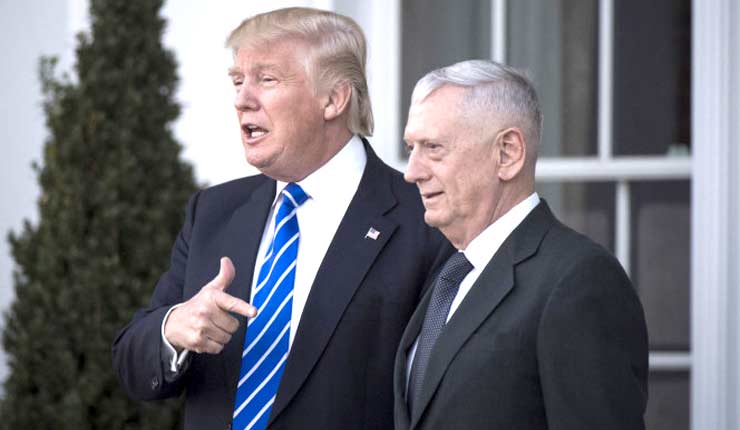 Secretary of Defense James Mattis is on a Mideast tour to “continue efforts to strengthen regional security architectures.” While his meetings in Saudi Arabia, Egypt and Israel are likely to attract most of the press coverage, his discussions in Qatar Saturday could be the most consequential.

Since August 2014, US-backed coalition aircraft have flown tens of thousands of sorties to bomb ISIS. Almost all of them are commanded out of the sprawling, high-tech al-Udeid air base in Qatar. In other words, the base is crucial to our war efforts.

But it comes with serious baggage. The Treasury Department’s top terrorism-finance official, Adam Szubin, stated last year that Qatar has demonstrated “a lack of political will . . . to effectively enforce their combating terrorist financing laws.” In February, Daniel Glaser, who had only recently stepped down as assistant secretary of the Treasury, stated that “designated terrorist financiers” are “operating openly and notoriously” in the country.

A report by my colleague David Andrew Weinberg at the Foundation for Defense of Democracies confirms this. After scouring available records, Weinberg found it “impossible to identify even a single specific instance of Qatar charging, convicting, and jailing a US- or UN-designated individual.” He further found that terror financiers, primarily those backing al Qaeda’s branch in Syria (now called Hayat Tahrir al-Sham), “enjoy legal impunity” in Qatar.

In December 2013, for instance, Treasury added Qatar-based ‘Abd al-Rahman bin ‘Umayr al-Nu’aymi to its terrorist sanctions list, noting he “ordered the transfer of nearly $600,000 to al Qaeda,” with the intent to send more. Meanwhile, multiple reports suggest Qatar pays ransom to al Qaeda and other groups when they kidnap Westerners. Such payments amount to terrorism finance, and also encourage continued abductions.

And it’s not just financing. Qatar harbors the bad guys, too.

In 2015, two senior Taliban officials traveled in and out of Qatar to meet members of the notorious Taliban Five — high-level prisoners from Guantanamo Bay who were traded to Qatari custody by the Obama administration for American prisoner Sgt. Bowe Bergdahl. The Qataris facilitated the swap through the Taliban embassy they helped stand up in Doha. Leaked cables show US officials have long worried about how the Taliban and others may “exploit Qatar as a fundraising locale.”

There is also the Palestinian terrorist group Hamas, which enjoys safe haven in Qatar and also raises plenty of cash. Outgoing leader Khaled Meshal has long operated out of Doha. Hamas military official Saleh Arouri — suspected of masterminding the kidnapping and murder of three Israeli teens, sparking the 2014 war between Hamas and Israel — is now reportedly in Qatar after being booted from Turkey.

The Qataris don’t even bother to hide this. When I visited Qatar a few years ago, an expat told me that he attended the opening of an Ikea store in Doha and watched dumbfounded as Taliban members tested out the same couch as US servicemen. Another expat told me that locals boast of spotting Khaled Meshal around town the way that New Yorkers compare Woody Allen sightings.

Despite all this, officials in Washington often turn a blind eye. Maybe it’s the value of the al-Udeid air base. Maybe it’s Qatar’s massive foreign-investment portfolio. Or perhaps it’s some other reason.

When the George W. Bush administration launched the war on terror, it overlooked Qatar’s track record, including that 9/11 mastermind Khaled Sheikh Mohammed had found shelter on Qatari soil.

Neither Bush nor Obama punished the Qataris for terrorism finance. Indeed, Qatar should have been designated as a state sponsor of terrorism by the State Department. It never was.

When he arrives in Doha on Saturday, Mattis should certainly ensure that he has the support of the Qataris for his war plans. But he shouldn’t miss an opportunity to hold Qatar to account. He should invoke President Trump’s campaign promise: Allies must pull their weight if they wish to remain allies.

That previous administrations have tolerated Qatar’s behavior is not an excuse. Qatar must cease supporting terrorists.

Jonathan Schanzer, a former Treasury Department terrorism-finance analyst, is senior vice president at the Foundation for Defense of Democracies.