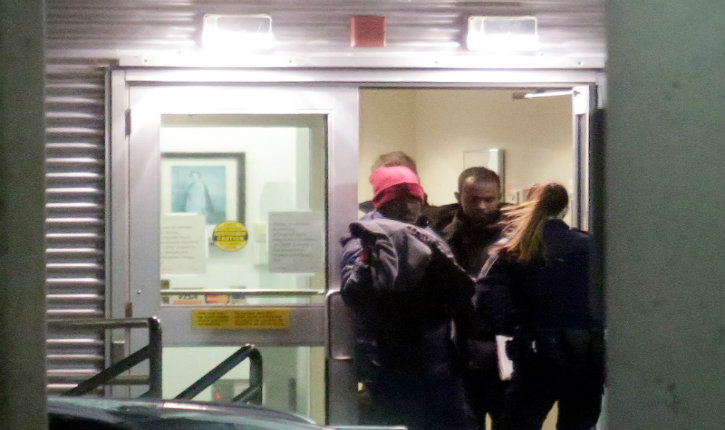 Ahmed Aden Ali, from Minneapolis, was charged with two counts of Uttering Threats, Mischief and Assault of a Peace Officer. He is being held in custody.Criminals are now flooding into Canada at unprecedented levels.

The incident underlines safety concerns border officers have had for months.

Jean-Pierre Fortin, National President of the Customs and Immigration Union, says nearly half of the asylum seekers crossing the border on foot at Emerson, Man., are being detained because of serious criminal records. “The officers in Emerson have noticed over the past few weeks, around 50 per cent of asylum seekers have [a] serious criminality record,” he said.

“The careless and reckless response from our PM when he tweets out, ‘Welcome to Canada, no matter who you are and where you come from, there’s a place for you in Canada,’ that message is resonating with people who are opportunistic, and in this case, it looks as though we’re seeing people who are actually fleeing the LAW ,” Falk said.


UN secretary-general: Denial of Israel’s right to exist is ‘modern form of anti-Semitism’ France : The French authorities and media are trying to cover-up the anti-Semitic crime of Sarah Halimi