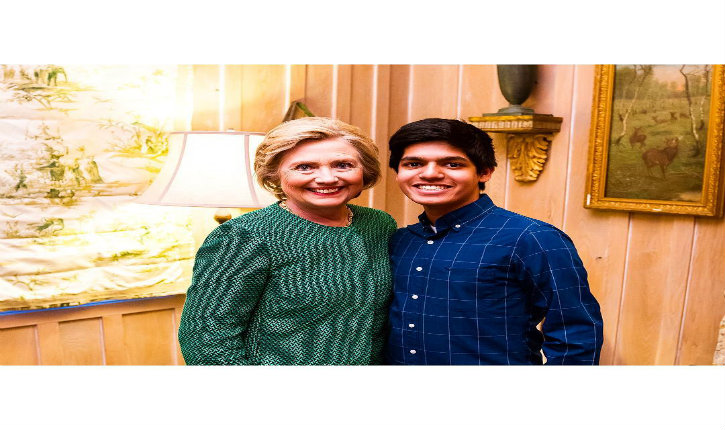 When Ziad Ahmed was asked on his Stanford University application “What matters to you, and why?”, his answer was clear.

He wrote: “#BlackLivesMatter”, repeating the hashtag exactly 100 times to highlight the excessive use of police force which disproportionately kills black men and women.

The practising Muslim senior high school student in New Jersey has since been accepted to the prestigious University.

“Everyone who received your application was inspired by your passion, determination, accomplishments, and heart,” the acceptance letter read.

It added: “You are, quite simply, a fantastic match with Stanford. You will bring something original and extraordinary to our campus – a place where you can learn, grow, and thrive.”

Mr Ahmed told MIC that he was “stunned” to be accepted.

“I didn’t think I would get admitted to Stanford at all, but it’s quite refreshing to see that they view my unapologetic activism as an asset rather than a liability,” he said.

The student posted a screen shot of his application and the acceptance letter on Twitter over the weekend.

The post has since been shared and liked thousands of times, including by police reform group Campaign Zero and its founders.

The Bangladeshi-American has already attended the White House Iftar dinner, a religious observance of Ramadan, and in 2016 he interned for Hillary Clinton’s presidential campaign.

“To me, to be Muslim is to be a BLM ally, and I honestly can’t imagine it being any other way for me,” Mr Ahmed said.

“Furthermore, it’s critical to realise that one-fourth to one-third of the Muslim community in America are black… and to separate justice for Muslims from justices for the black community is to erase the realities of the plurality of our community.”

Mr Ahmed is also involved in combating racial stereotypes, as the founder of teen organisation Redefy and the co-founder of the youth-focused consultancy firm JÜV Consulting.

In 2015 the 18-year-old gave a TedxTalk in Panama about what it was like to be a Muslim teenager in the US.

“We live in a world where we are suffocated by societal expectations,” he said, adding he had been “labelled more times than a GMO [genetically modified product]”.

He has also been accepted to Yale University and Princeton University, and must decide which school to attend by 1 May.

Mr Ahmed has also to decide what his undergraduate degree will be, and is interested in international relations, science, economics and ethnicity studies.


Netanyahu Tells UN Security Council to Do its Job, Stop Assad's Chemical Attacks How to get 1 million more terrorists into the Palestinian Authority