How to get 1 million more terrorists into the Palestinian Authority 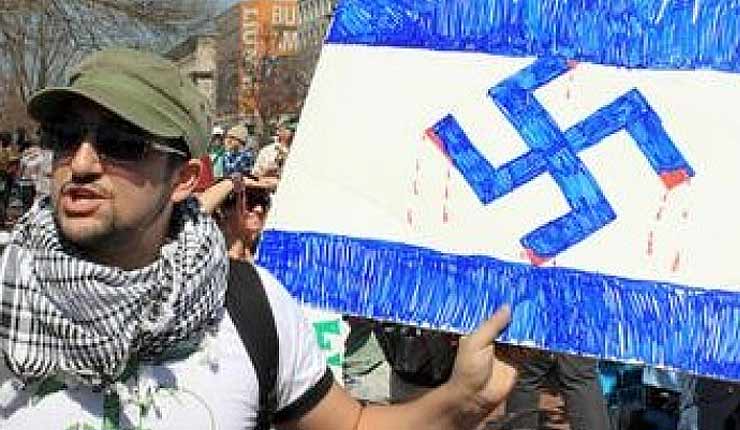 The writer is Chairman of Americans for a Safe Israel (AFSI) and specializes in security issues, has created an original educational 3d Topographic Map System of Israel to facilitate clear understanding of the dangers facing Israel and its water supply. It has been studied by US lawmakers and can be seen at www.marklangfan.com.

More from the author ►

When the Oslo Accords were signed, everyone heard Rabin, Peres, and their coterie of messianic left-wing generals say:  If anything goes wrong in Judea and  Samaria, we’ll go back in and wipe them out. Ariel Sharon did go back into Judea and Samaria and saw to it that  the IDF took back security control of the cities there after the Park Hotel Passover Seder massacre – sadly, over a thousand Israelis had been murdered by then –  but then, a short while later, Sharon said the same about Gaza.

Well, it didn’t turn out that way.  Instead, Gaza turned into a terrorist cancer firing tens of thousands of rockets into Israel, and there was no Israeli reinvasion, just operations to try to stop the rockets..  That’s because Gaza only really threatens the relatively poor Israelis and sparse kibbutzim around Gaza, not the immensely rich and powerful Tel Aviv elites.  The Gaza Belt Jews are Israel’s expendables.  But the same way Fatah and Hamas easily smuggled in parts and manufactured the rockets in Gaza, they will smuggle in and manufacture weapons in a demilitarized Palestinian Arab ‘West Bank State’.

If you thought that the “Palestinian demographic problem” was a left-wing nuclear argument, you could not be more wrong.  The Palestinian demographic problem is actually a right-wing argument that the Israeli right-wing simply never understood how to use.  The “demographic problem” has always been a left-wing hammer that the left-wing would swing when they didn’t have an answer for the fact that unlike the Israeli sparsely populated farmland around the Gaza Strip,  small terrorist rockets from Judea and Samaria will pummel the densely populated Tel Aviv-Netanya corridor where 70% of Israel’s Jewish population resides.

Were a Katyusha rocket to be fired into Montana, nobody would get hurt.  But if the same rocket were fired into Manhattan from Brooklyn, many deaths would be guaranteed, and Manhattan would be paralyzed.  Likewise, a Palestinian Arab ‘West Bank’rocket barrage into Tel Aviv would necessitate a full Israel re-invasion of the Palestinian Authority.

The problem is, if a ‘West Bank State’ is created, or even if substantial contiguous pockets of Palestinian Arab control are really created, and the PA is granted the sovereign right to import population, the PA would clearly be able to bring many of the so-called 8,000,000 Palestinian refugees into its state.  And the Palestinian Arabs can invite anyone else they want into their state, including thousands of Hezbollah and tens of thousands of Iranian volunteers for Palestine.

So, at some future time Israel will most assuredly have to reinvade that Palestinian ‘West Bank State,’  There won’t be just the growth of the baseline Palestinian population to observe.  At that point in the future, the area will hold not only the baseline Palestinian population extant when Israel retreated, but also all the extra additional terrorist population that the government of Palestine invites in.  And, guess what else?  They will all be armed to the teeth with every manner of small easily smuggle-ready weapons such as anti-tank weapons, and IEDs.

So, every one must understand that the messianic leftist-generals are perpetrating a fraud on the Israeli public when they claim the “demographic argument” necessitates a 2-state solution.  Just the opposite, it requires Israel to never give another inch of land on which the Iranian cancer can grow and threaten the 6 million Jews of Israel with another Holocaust.


Muslim teenager repeats Blacklivesmatter 100 times on Stanford application and is accepted Marine Le Pen: "I Will Bring Islamist Fundamentalism to Its Knees"