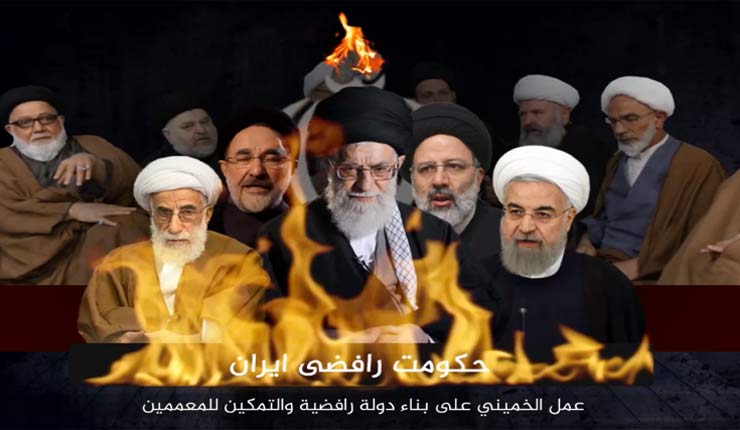 (AFP) TEHRAN, Iran — The Islamic State group threatened Iran for its role in the region’s conflicts, in a rare Farsi-language propaganda video released on Monday.

The 36-minute video, entitled “The Farsi Land: From Yesterday ’till Today,” was issued through IS’s social media channels from Diyala province in neighboring Iraq.

“Oh, Khamenei, you cursed person who controls the so-called Islamic Iranian regime, rest assured that soon we will destroy your house like this,” he says, pointing to ruins behind him.

The video also chastises Iran for its tolerance towards Jews.

“Iran raised its slogans against the US and Israel to deceive the Sunnis, while Iranian Jews live safely in Iran under its protection, and it has provided them with temples and churches as seen in Tehran and Isfahan,” the narrator says.

Several captured soldiers are decapitated in the video, one of whom is wearing a “Ya Hossein” badge, indicating that he was a Shiite fighter.

Shiite-majority Iran has been a key backer of the Syrian and Iraqi governments as they seek to root out IS and other Sunni rebels, sending thousands of fighters and military advisers.

IS and other extremists consider Shiites to be apostates, and the video accuses Iranians of persecuting Sunnis over the centuries and into modern times.

“We will conquer Iran and restore it to the Sunni Muslim nation as it was before,” says another man in the video.