Man wanted for Terrorism in Pakistan finds refuge in Canada 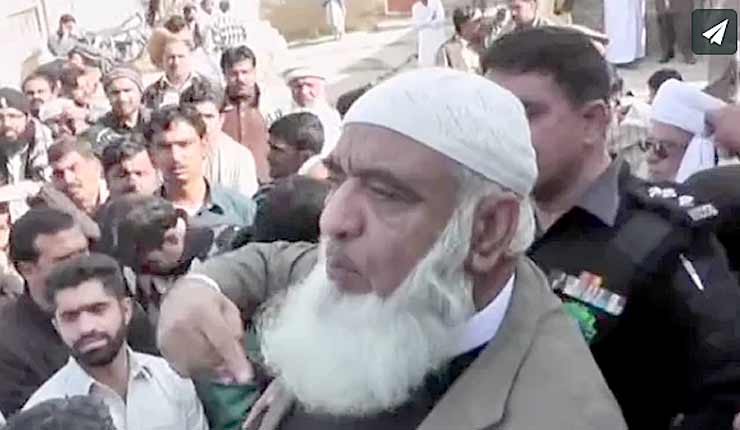 A Pakistani-Canadian man wanted for leading a mob attack on a Mosque in Pakistan has found refuge in Canada.

In December 2016, Rasheed Ahmed, a dual citizen of Pakistan and Canada led a 3000-strong mob which attacked a historic Mosque in the town of Dulmial, northern Pakistan. The Mosque which dates back to 1860 has been at the center of a property dispute between Ahmadis and Sunnis. In 1996 the local Sunnis claimed ownership of the Mosque, a claim which was subsequently dismissed by the court.

Rasheed who is in his early 80’s and has lived in Canada for over 40 years traveled to Pakistan from his home in Missausaga and revived the decade-old campaign to grab hold of the Mosque property. Rasheed along with local clerics also filed an application with the Police requesting assistance in the “take over” of the Mosque.

An application filed with the local Police department by Rasheed and dozen other clerics stated:

The Ahmadis are followers of the Ahmadiyya sect of Islam which is considered heretic by mainstream Muslims. In 1974 Pakistan amended the constitution to declare the Ahmadis “non-Muslims”.

On December 12, 2016, a mob of roughly 3000 armed with automatic weapons and led by Rasheed attacked the Mosque leaving two dead and a half-dozen injured. During the attack which lasted several hours, the Police stood by as the mob ransacked the Mosque and set fire to property. The violent episode came to an end after the Army was called in and imposed a curfew in the town.

On January 15th, Dawn News reported that Rasheed had managed to flee the country before his name could be added to the Exit Control List (ECL).

While talking to Stewart Bell of National Post, Rasheed acknowledged that he was wanted for “terrorism” in Pakistan and said that in addition to terrorism charges police had also charged him with 10 to 12 more crimes.

Describing the events of December attack, Rasheed said, Fearing arrest, he phoned the Canadian high commission for help but it was closed. He went on to say:

Luckily I escaped, Thank God. It’s all work of God, I believe, because had I been caught it would have been not good for my health at all.

Rasheed said upon his return to Canada, he was questioned by Canadian authorities but “they were satisfied and said that I can go.” He claimed the Canadian Intelligence also cleared him of any wrongdoing:

“CSIS (the Canadian Security Intelligence Service) came and asked me questions and they said, ‘Okay, no problem.’”

Since the attack, Pakistan has arrested up to 80 people involved in the attack and more are being looked for, But Rasheed has managed to escape prosecution as there is no extradition treaty between Canada and Pakistan.


An anti-Semitic post is uploaded to social media every 83 seconds, WJC research finds Linda Sarsour is only the symptom of a much bigger illness