Linda Sarsour is only the symptom of a much bigger illness 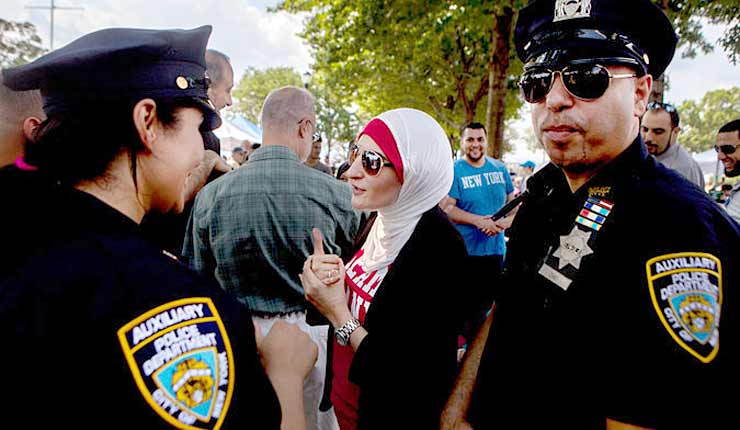 Fred Maroun is a Canadian of Arab origin who lived in Lebanon until 1984, including during 10 years of civil war. Fred supports Israel’s right to exist as a Jewish state, and he supports a liberal and democratic Middle East where all religions and nationalities, including Palestinians, can co-exist in peace with each other and with Israel, and where human rights are respected. Fred is an atheist, a social liberal, and an advocate of equal rights for LGBT people everywhere. Fred Maroun writes for Gatestone Institute.

There is much hype over the actions of Palestinian-American Linda Sarsour, and she deserves much of the criticism, but Sarsour is only a symptom of a much bigger problem – the West’s inability to integrate many of its Muslim immigrants.

Sarsour is the product of Islamic culture and Palestinian culture. None of the outrageous things she has said or done is surprising in that light.

Referring to women that she disagreed with, she wrote that she wished to “take their vaginas away”, but using violence to settle personal differences is common in Muslim and Arab cultures, and female genital mutilation is not uncommon.

She accused the U.S. government of murdering Americans to frame Muslims, but such delusional paranoia is common among Islamic extremists. She “encouraged stoning the Israel Defense Forces” and “she posed for a photograph with Salah Sarsour”, a Hamas terrorist, but such behavior is accepted and even rewarded among many Palestinians.

Yet, despite all these deeply regressive positions, Sarsour does not live in the Middle East. She is a second-generation immigrant, born in New York, the most glamorous city in the world, and one of the most liberal. The fact that she still carries patriarchal values, prejudices, and violent attitudes that are typical of Muslims and Arabs who live in the Middle East is the West’s failure.

Ayaan Hirsi Ali, a former Muslim who survived two decades of abuse and a female genital mutilation, warned us in her books and in her speeches. In Infidel (2006) and later in Nomad (2010), she wrote extensively about her own experience and the experience of other Muslim immigrants to the West. She warned that if Muslim immigrants are not integrated into Western cultures, they risk remaining under the influence of Muslim extremists, even in Western countries. Others before her also raised the same warnings.

The fact that the Sarsour phenomenon exists means that we did not heed the warnings. We expect that Muslim immigrants will magically absorb liberal values that are in many cases diametrically opposed to what is taught by their religion and their culture. Clearly, for Sarsour, the magic did not occur. There are many other immigrants and descendants of immigrants who hold the same attitudes but are not in the public view, as a poll taken in Britain in April 2016 indicates.

Not only have we allowed the Sarsour phenomenon to develop, but we also provide a catalyst for it to develop further by giving Sarsour a prominent role and praising her.

By what absurd logic was Sarsour designated by the Obama White House as a “champion of change”? Are we looking for a change back to the Middle Ages?

By what absurd logic was Sarsour chosen as one of the top organizers of the Women’s March on Washington on January 21, 2017, and by what absurd logic did feminist icon Gloria Steinem give further credibility to Sarsour by standing with her? Is feminism no longer about rejecting patriarchal oppression?

By what absurd logic did Bernie Sanders, who came close to winning the Democratic nomination for President, refer to Sarsour as someone with whom to “build a progressive movement”? Is radical Islam the “progressive” alternative to Donald Trump?

Ayaan stood up to Sarsour, calling her “a fake feminist”. Yet instead of honouring Ayaan, a true hero of feminism and human rights, for defending Western values through this stand and many others, we demonize her. Brandeis University cowardly revoked plans to give Ayaan an honorary degree. The Southern Poverty Law center shamefully listed Ayaan as an Anti-Muslim Extremist.

The Sarsour phenomenon indicates that the West has lost the ability to defend its own values. We appease and even glorify the enemies of our values rather than confront them. This phenomenon also uncovers the West’s (particularly the Western left’s) “racism of lower expectations” (in the words of Ayaan). It explains why we give Sarsour a position of leadership and why we praise her when we would never do the same for a person of European descent who held the same beliefs.

We insist on remaining blind to the need for Islam to reform, and we treat Islam with even more deference than we treat other religions that have already undergone the reformation that Islam badly needs.

We refuse to integrate Muslim immigrants into our culture. Instead, we throw them into a society that they often do not understand, and we expect them to swim. If they do not drown, we hold them up as some sort of miracle, ignoring that they survived only thanks to Islamic extremists within their community, to which they now owe their existence.

If we do not take ownership of this problem, there will be many more Sarsours and many more appeasers among us in the future. Instead of imparting our liberal values to the world, we will find ourselves drowned by the radical Islam that we invited into our home.

Please sign the petition to Remove Maajid Nawaz and Ayaan Hirsi Ali from the SPLC’s list of anti-Muslim extremists.