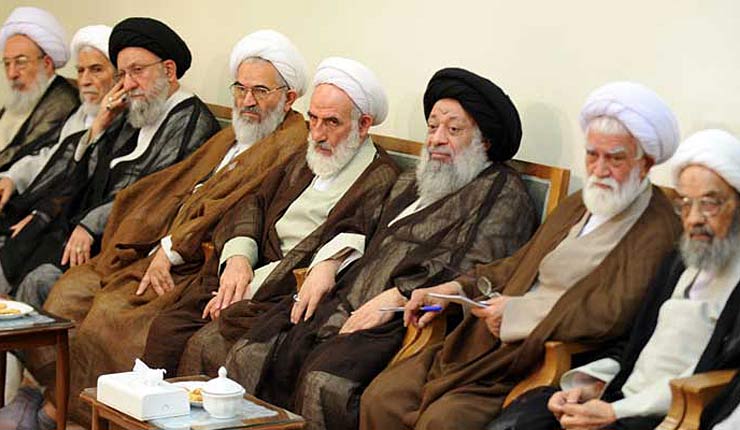 Since US President Donald Trump took office two months ago, the Iranian regime has been feeling “besieged and under an emerging existential threat,” three Mideast experts wrote on Monday.

In an analysis published by the Middle East Media Research Institute (MEMRI), A. Savyon, Yigal Carmon and U. Kafash said the Islamic Republic was facing a “new reality.”

“On the one hand,” they said, “the US is acting to organize the Gulf countries and Arab countries into an arrangement that Arab media have dubbed an ‘Arab NATO’ which is aimed against Iran. On the other hand, Iran senses that despite the Iran-Russia cooperation in recent years and in various areas, Russia is abandoning it for its other vital interests, such as an understanding with the US in order to advance the lifting of the sanctions against it, and an understanding with Turkey as its top regional partner.”

However, at the same time, according to the analysis, Iran has sought to bolster its regional proxies — including anti-Israel terrorist groups, such as Hezbollah.

Furthermore, the analysis noted, the Iranians are “clinging insistently to the JCPOA [Joint Comprehensive Plan of Action].”

“MEMRI assesses that Iran will under no circumstances withdraw from the JCPOA, even if the Trump administration increases the sanctions against it, and even if the US takes military action against Iranian interests in the region,” the analysis stated. “This is because the JCPOA is an historic achievement for Iran, since it grants it the status of a nuclear state.”

Meanwhile, Iranian Foreign Minister Mohammed Javad Zarif told reporters in Isfahan on Monday that his country was “fully prepared to return to the pre-JCPOA situation or even [to conditions] more robust than that if the US reneges on its promises to the extent that the JCPOA’s continuation harms our national interests,” the state-owned English language news network Press TVreported.


New Evidence of Iran’s Presence in Latin America STUDY: ONE THIRD OF YOUNG MUSLIMS IN FRANCE THINK TERRORISM IS “ACCEPTABLE”