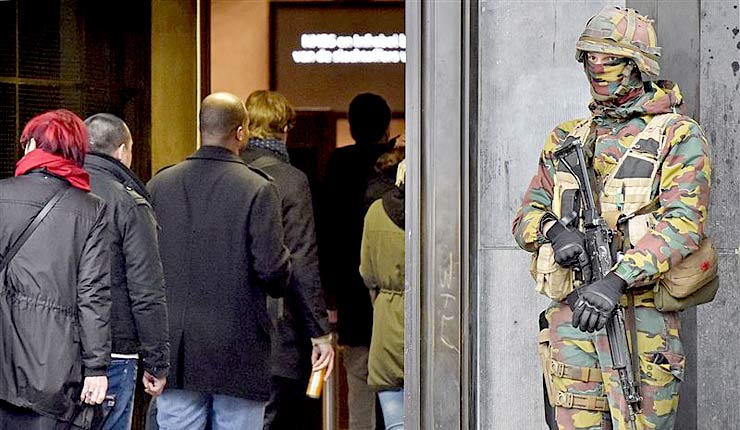 Police in the Brussels neighborhood of Molenbeek have uncovered 51 groups with alleged ties to terror organizations, according to a confidential report released Monday on anti-terror measures in the country.

More than 8,600 houses and 22,668 residents in the area have been checked by authorities over the past year, according to Belgian newspaper De Morgen. Out of more than 1,600 organizations and businesses in Molenbeek, 102 are suspected of having ties to crime and another 51 are linked to terrorism.

Authorities have compiled a list of 72  individuals who need to be monitored for their suspected terror connections. The vast majority, 46, still reside in Belgium while 26 are believed to be in Syria. Twenty people on the list are currently in prison.

A positive finding in the report is that no known cases of Belgians leaving the country to fight in Syria have been reported over the past year.

Molenbeek rose to fame after the terror attacks in Paris in 2015 and Brussels last year. Both attacks were planned in Molenbeek and several suspects grew up in the neighborhood. The area is known to be the “jihadi capital” of Europe and nearly every attack on the west since the turn of the century has a link to Molenbeek. (RELATED: Step Inside The Once District In Brussels That’s Connected To Nearly Every Major Terror Attack On The West)

Police in the area collectively called in sick Jan. 6 in protest of long working hours and a shortage of 40 officers. The strike was part of an ongoing dispute since anti-terror measures were increased in 2015.

“They are talking about an overload of work, which I can understand. Things have not been easy neither in 2015 nor in 2016,” Johan De Becker, the head of the Brussels West police area that includes Molenbeek, told Reuters in a January interview.