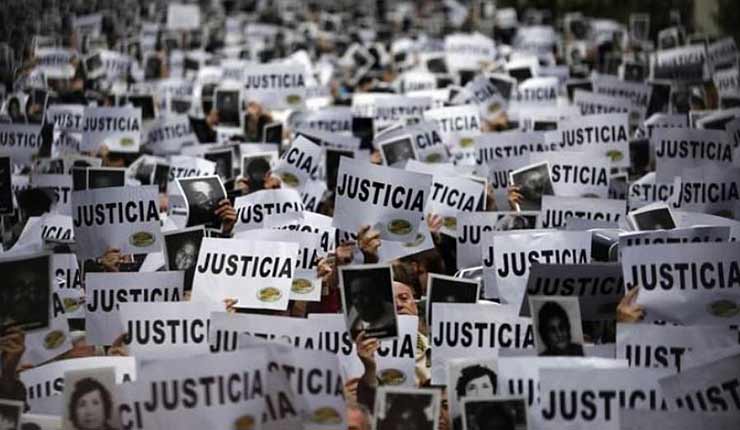 On the 25th anniversary of the Buenos Aires bombing Iran is believed to have orchestrated, the perpetrators still remain at large.

BUENOS AIRES – Hundreds of people gathered in the Argentinean capital on Friday afternoon at the memorial park where the Israeli Embassy used to stand, to remember the victims of the terrorist attack that destroyed it more than two decades ago.

Iran is widely believed to have been behind the attack.

Argentine Vice President Gabriela Michetti, Foreign Minister Susana Malcorra and Security Minister Patricia Bullrich, relatives of the victims, the presidents of the AMIA and DAIA Jewish organizations, and several ambassadors were among those who attended Friday’s commemoration.

Rabbi Tzvi Grumblat, representative of Chabad- Lubavitch in Argentina, recited kaddish for the victims, followed by the sounding of a siren representing sorrow and pain. Then a minute of silence was observed in honor of those who died.

Gabriel Pichon, one of the survivors, opened the event by saying: “In this place there used to be a beautiful house, the Israeli Embassy, which is now a memorial park. We, the survivors, stand here to remember all the victims, because forgetting would mean they die twice.”

Pichon said that although many years have passed, the Jewish community will keep demanding concrete measures, from whatever government is in office in Argentina, to bring the criminals involved to justice.

“Beneath the ruins and the blood stains there is a clear idea that we’ve kept in mind since 1992. Definitely, the Iranian government was the one that conceived, planned and carried out the attack, along with its ally Hezbollah.”

He stressed that Israel will never rest and concluded by saying, “The ones who rise against us will finally be destroyed someday.”

Last to speak were the Israeli ambassador, Ilan Sztulman, and Vice President Michetti.

Sztulman condemned Iran for spreading terrorism and acting as if nothing had happened.

He promised that the memory of the victims would be forever honored.

Michetti made clear that the attack affected every Argentinean, not just the Jewish community. She continued: “Peace is still triumphing over terrorism, as we remain together standing against hate. Everyone must make a special effort to bring peace in our country.”

In 1992, just after the bombing, then-president Carlos Menem declared at a press conference that the government would discover who was responsible, and promised to take every precaution to prevent another attack.

However, two years later, on July 18, 1994, another suicide car-bomb attack killed 85 people and wounded more than 300 at the AMIADAIA Jewish center in Buenos Aires. Iran is also thought to have been behind that attack, but no one has been brought to justice for it.


LEBANESE TV REPORTER URGES ISRAEL TO TAKE OUT HEZBOLLAH LEADER NASRALLAH Hamas Co-Founder: We Must Remove the Jews From Palestine “In Its Entirety”