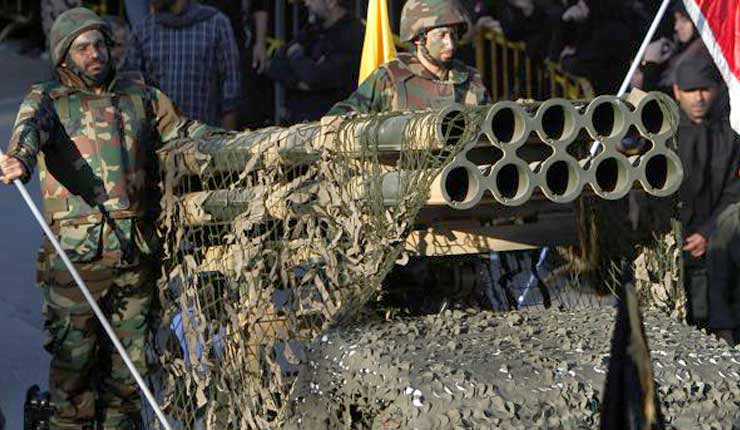 Iran has established rocket factories in Lebanon that are under the full control of the Hezbollah terror group, a top Iranian general told a Kuwaiti newspaper.

Citing one of the deputy heads of the Iranian Revolutionary Guard Corps, the al-Jarida newspaper reported Monday that Iran in recent months has established factories for manufacturing both rockets and firearms in Lebanon.

The newspaper did not say which of IRGC chief Maj. Gen. Mohammad Ali Jafari’s deputies made the assertion.

The report came just days after Iran’s Defense Minister Hossein Dehghan, a former brigadier general in the IRGC, said Hezbollah is now capable of producing rockets that can hit any part of Israel. Dehghan offered no details of the new capabilities.

The new factories, said to be located underground, have reportedly been in operation for the past three months.

Among their staff are advisers from the IRGC, as well as Lebanese experts trained at the Imam Hossein University in Tehran, a key training institution for IRGC personnel. Hundreds have reportedly been trained by the university in rocket manufacturing techniques.

The manufacturing sites are located some 50 meters (160 feet) underground, according to the report, and are protected by multiple layers of defenses from potential Israeli aerial bombardment. No facility produces rockets in their entirety; rather, each site produces separate parts that are then collected and assembled into complete rockets.

The Iranian general was quoted by al-Jarida as saying that the decision to produce rockets indigenously in Lebanon came after Israel bombed weapons factories in Sudan and supply routes for Iranian rockets via Syria.

The new factories would mark a dramatic upgrade in Hezbollah’s ability to acquire more, and more precise, rockets than ever before.

Rockets produced by the new facilities have already been used by Hezbollah in battles in Syria, the report said.

The development highlights the depth of Iran’s involvement in Syria and Lebanon. During Prime Minister Benjamin Netanyahu’s visit to Moscow last week, he reportedly presented Russian leaders with information acquired by Israel, according to which Iran is seeking to establish a naval base on Syria’s Mediterranean coast, likely in the Latakia area.