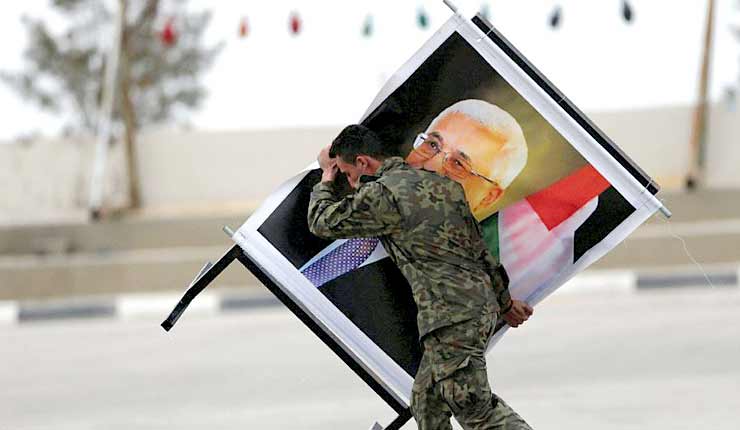 The PLO is the Siren that drowns US administrations

by Caroline B. Glick

US President Donald Trump is losing his focus. If he doesn’t get it back soon, he will fail to make America great again or safe again in the Middle East.

After holding out for a month, last week Trump indicated he is adopting his predecessors’ obsession with empowering the PLO .

This is a strategic error.

There are many actors and conflicts in the Middle East that challenge and threaten US national interests and US national security. Iran’s rise as a nuclear power and regional hegemon; the war in Syria; Turkey’s abandonment of the West; and Russia’s regional power play all pose major threats to US power, security and interests. The Muslim Brotherhood, Islamic State, Hamas and other Sunni jihadist movements all threaten the US, Europe and the US’s Sunni allies in the region in a manner that is strategically significant to America.

To the contrary, all of these pressing concerns will be sidelined – and so made more pressing and dangerous – by a US reengagement with the PLO .

And yet, over the past week, Trump has indicated that the PLO is now his focus.

Last Friday, Trump spoke on the telephone with Mahmoud Abbas. Abbas is head of the PLO and the unelected dictator of the corrupt, terrorism-sponsoring, PLO -controlled Palestinian Authority in Judea and Samaria.

According to media reports, Trump told Abbas – whose legal term in office ended eight years ago – that he views him as a legitimate leader. According to the official White House report of the conversation, Trump also reportedly told Abbas that he supports reaching a deal between Israel and the Palestinians. Such a deal, to the extent it is ever reached, involves expanding PLO control over Judea and Samaria and parts of Jerusalem at Israel’s expense.

Trump also invited Abbas for an official visit to Washington. And the day after they spoke, the Trump administration moved $250 million in US taxpayer dollars to Abbas’s police state where for the past 25 years, Abbas and his cronies have enriched themselves while feeding a steady diet of antisemitic, anti-American jihadist bile to their impoverished subjects.

To build up his credibility with the PLO , Trump put his electoral pledge to move the US embassy to Jerusalem on ice. The real estate mogul ordered Prime Minister Benjamin Netanyahu to deny Jews the right to their property and their legal right to use state lands in Judea and Samaria.

And swift on the heels of that conversation with Abbas, Trump’s chief negotiator Jason Greenblatt was dispatched to Jerusalem to begin empowering the PLO at Israel’s expense.

According to media reports, Greenblatt intended to use his meeting Monday with Netanyahu was to reject Netanyahu’s commitment to build a new Israeli town in Samaria. Greenblatt was also reportedly intending to dictate the parameters for yet another round of negotiations with the PLO.

After meeting with Netanyahu, Greenblatt continued on to Ramallah to embrace Abbas.

Also during his stay, Greenblatt is scheduled to meet with IDF generals who are responsible for giving money and providing services to the PLO.

And Greenblatt doesn’t have the Palestinians to himself.

Following Trump’s conversation with Abbas, plans were suddenly afloat for Trump’s son-in-law and senior adviser Jared Kushner and Trump’s daughter Ivanka Trump to visit Israel and spend an afternoon with Abbas in Ramallah.

If things develop as reported, then Trump is serious about embracing the PLO and intends to have his top advisers devote themselves to Abbas and his henchmen. If that is the case, then Trump is setting himself, his advisers, his daughter and the US up to fail and be humiliated.

The PLO is the Siren that drowns US administrations. It is to the PLO that America’s top envoys have eagerly flown, gotten hooked on the attention of the demented, anti-Israel press corps, and forgotten their purpose: to advance US national interests.

If Trump is serious about repeating this practice, then rather than repair the massive damage done to the US and the Middle East by his two predecessors, the 45th president will repeat their mistakes. Like them, he will leave office in a blaze of failure.

To understand why this is the case, three things must be clear.

First, the PLO will never make peace with Israel. There will never be a Palestinian state.

There will never be a peace or a Palestinian state because the PLO wants neither. This is the lesson of the past 25 years. Both Abbas and his predecessor Arafat rejected peace and statehood multiple times and opted instead to expand their terrorist and political war against Israel.

Why did they do that? Because they are interested in two things: personal enrichment – which they achieve by stealing donor funds and emptying the pockets of their own people; and weakening, with the goal of destroying Israel – which they achieve through their hybrid war of terrorism and political warfare.

The second thing that needs to be clear is that the Palestinians are irrelevant to the rest of the problems – the real problems that impact US interests – in the region. If anything, the Palestinians are pawns on the larger chessboard. America’s enemies use them to distract the Americans from the larger realities so that the US will not pay attention to the real game.

Iran will not be appeased or defeated if Trump empowers the PLO in its war against Israel and continues feeding PLO leaders’ insatiable appetite for other people’s money.

The Sunni jihadists will not beat their swords into plowshares if the US coerces Israel to cough up land to the PLO . To the contrary, they will be emboldened.

Russian President Vladimir Putin will not move his forces out of Syria or stop giving nuclear technologies to Iran if the US turns the screws on Israel. Putin will come to the conclusion that Trump is either weak or stupid to damage Israel, the US’s most serious ally.

And of course, Israel will not be better off if Trump decides to push it back onto the peace train which has caused it nothing but harm for the past quarter century.

On the Palestinian side as well, Trump’s election empowered the people who have been living under the jackboot of Abbas and his cronies to think about the possibility of living at peace with Israel in a post-PLO era. Polling results indicate that they too are eager to move beyond the Palestinian statehood chimera.

But now, it appears that Trump has been convinced to embrace the PLO obsession. The same entrenched bureaucrats at the State Department and the same foreign policy establishment in Washington that brought the US nothing but failure in the Middle East for a generation appear to have captivated Trump’s foreign policy. They have convinced him it is better to devote his top advisers to repeating the mistakes of his predecessors than to devote his energies and theirs to fixing the mess that Obama and George W. Bush left him with. They have gotten him to believe that it is better to empower the PLO than develop coherent strategies and plans for dealing with the problems of the region that actually endanger US interests and imperil the security and safety of the American people.