ANALYSIS: Hezbollah a Real threat to the USA 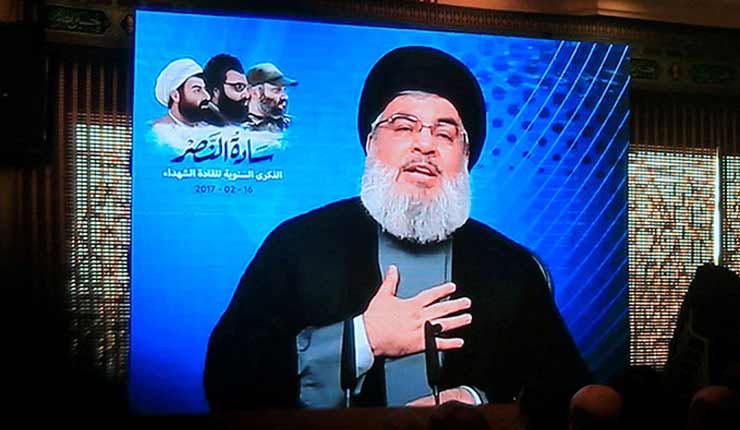 [The author of this analysis is not known to be a friend of the USA and/or Israel and there are many points here that are both in error and showing his bias. I will only point out one – which he states in the beginning that walls and travel bans are not effective. Terrorists will always exploit the easiest way to do what they wish. The wall and ban will not secure the US, like it doesn’t in Israel – but does go a long way to making terror that much more difficult -ed.]

When it comes to fighting terrorism, building walls and executing travel bans do nothing to deter hardened terrorists from pursuing their violent agendas, as it matters not what is put in their way, they will find their cannon fodder amongst the vulnerable, dispossessed and downtrodden on the streets of any inner city, including those of the US.

The ones who suffer the most from such draconian restrictions of movement, are the hundreds of thousands of innocent migrant Muslims left to suffer in abysmal conditions, after escaping from the terrible surroundings of wars, and end up being stigmatized as a “public enemy”.

What should scare the US government more than anything as far as Mexico and its own country is concerned, is the presence of Hezbollah in both areas as they are known to have constructed sophisticated tunnels along its border with the US, like the one that had tunnelled beneath the ground into San Diego, allowing both Hezbollah operatives and the Mexican mafia to cross into US territory unseen, to set up gangs within the US.

These tunnels were a replica of the ones their Lebanese cousins had dug in Lebanon, which enabled them to transport rockets and other weapons into the country from Syria during past conflicts with Israel, and also to supply insurgents in Gaza.

Also, throughout recent years in the US, there has been an upsurge in apprehended drug dealers, who are adorned with tattoos denoting Hezbollah symbols, showing how the US has become a prime target for the terror group’s drug enterprise, which has been made much easier by the fact that Americans of Lebanese descent are running various drug networks on the US side of the border.

It was noted as far back as 2010, by the Tucson Police Department, how the presence of radical groups within the US prison system was on the increase, and how an upsurge of inmates were becoming radicalised during their incarceration, and how many Hezbollah tattoos were being found on incarcerated felons.

With these reports flagging up serious concerns amongst the authorities during this period, a plea was put out to all American citizens through the internet, to report any person seen sporting such artwork on their bodies, in an effort to track these hardened terrorists, who are the real threat to US security, and are already on US soil.

With Iran having found ideological and political sympathy among various administrations across Latin America, its hatred for the US has turned out to be a great asset in the area, as many of the more radical Latin American leaders share the same line of thought, and with many regimes living for the day that America suffers a series of attacks as bad as 911, the recent strengthening of ties with the Iranian leadership, has set them on the road to achieve this.

To highlight Iran’s radical plans for the area, one of the regime’s long-standing ambassadors to Mexico, Mohammad Hassan Ghadiri, who was a fanatical supporter of Ruhollah Khomeini’s ideology, and a fervent anti-Semitic, had spent his time in Mexico trawling deprived areas, actively seeking out and converting young Mexicans to embrace his former mentor’s radical form of Shiite Islam, filling their minds with religious fervour, while trying to persuade them to travel to Qom in Iran for religious study.

This might have happened in Mexico, but it could quite easily be replicated in the downtown slums of a US inner city, where many youths feel they have no chance of finding work, and feel they are being harassed from pillar to post by a society that has no room for them.

But as far as Ghadiri was concerned, one troubling statement made by him during his time in Mexico, was to urge his young recruits to access the servers of US defence installations, in a bid to bring mayhem to the military, and added to this was a statement was his views of wanting to see the annihilation of Israel’s “Zionist” regime, which showed the intentions of the Iranian administration when it came to influencing the politics of Latin America.

For decades, Hezbollah has been well entrenched in Mexico, and US intelligence reports suggest the terror group’s agents have a well-established sleeper cell network within the US itself, and it is believed that the only reason that Hezbollah has not carried out a “spectacular” on US soil comes two-fold:

• The first being that Iran needs to win friends and influence people within Latin America, and Hezbollah needs to fill its coffers with cash made on the misery of the West’s desperate army of drug addicts through its dealings in narcotic, and so it would be counterproductive to have the Americans hunting them down as a result of terror attacks, as this would disrupt their trafficking network, costing them a vast amount of US dollars.

• The second being that of the Iran deal, which the Iranian regime has adhered to insofar as it sees fit, by agreeing to curb certain aspects of its nuclear program, which gives it a chance to build up its armed forces, fuel foreign wars such as those in Syria, Iraq and Yemen, and regain its prestige within the international community. So as long as this agreement remains in place, Iran will have billions of dollars pouring into its coffers from cash being returned after being impounded as a result of Western sanctions, imposed through the Iranian regime’s dogged pursuit of nuclear weapons.

So with the Iranian Qods (Jerusalem) Force – which is an elite armed division, acting on behalf of its sister organization the Iranian Revolutionary Guard Corps, and takes on extra-territorial operations such as covert action in foreign lands on its behalf – known to direct Hezbollah operations, it has kept tight reins on the terror group’s present day terrorist activities.

This is just to make certain there will be no serious attacks by its proxy on American soil, which will help to ensure that the Iran deal stays in place, and Iran won’t suffer any further stringent sanctions, or finds itself under military attack from the West. But should this change, with the West showing aggression against Iran, the Tehran regime would put out the word to awaken Hezbollah sleeper cells across the Western world, and terror attacks would begin, including vital targets on US soil. 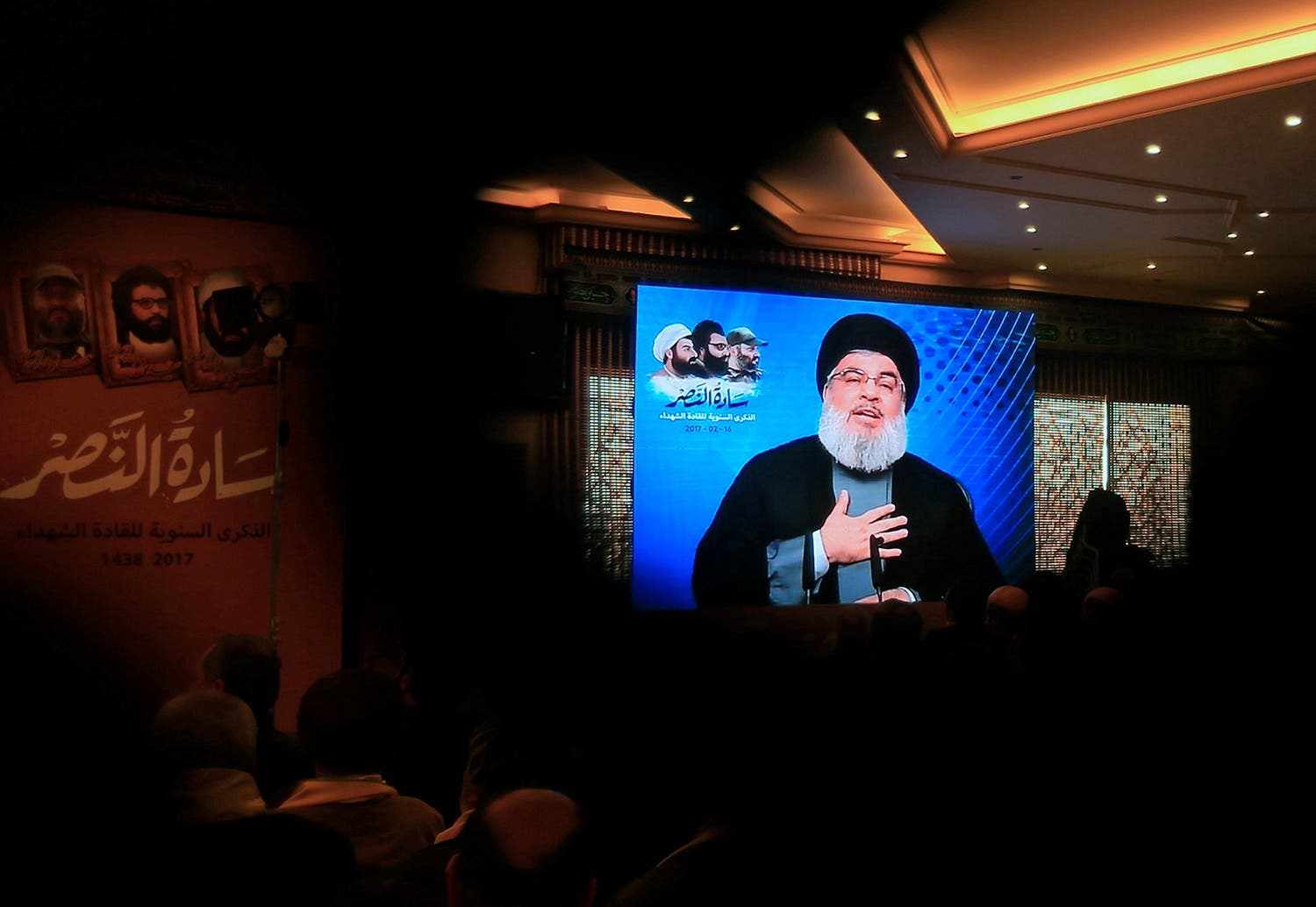 It has been estimated that more Lebanese live abroad than in Lebanon itself, so with a vast number living in Latin America, as within the US itself, within every émigré community, there are a certain amount of criminal elements to be found, and with the cocaine trade being widespread throughout the Americas, many Lebanese émigrés have become hooked up in the trade, and Hezbollah has found a foothold through these criminal groups, to form ties with various narco terror gangs throughout both continents.

It has been known for several years that dealing in drugs with the Mexican mafia is a lucrative source of income as far as Hezbollah is concerned, having come into contact with its leadership through its dealings with guerrilla groups like the Revolutionary Armed Forces of Colombia (Fuerzas Armadas Revolucionarias de Colombia – FARC) for decades.

Although entering into peace negotiations with the Colombian government, the FARC is still a designated terrorist group, said to have at one point produced 70 percent of the world’s cocaine, plus having been responsible for 90 percent of the drug on sale within the US.

Being more brutal than the Colombian drug baron Pablo Escobar’s Medellin drug cartel was in its heyday, the Mexican mafia has operated with virtual impunity on the streets of Mexico, due to the fact that the police have found themselves totally outgunned when caught up in fire-fights with cartel foot soldiers, who dress like paramilitary troopers, and carry an awesome array of military weapons.

As far as the Mexican cartels are concerned, Hezbollah makes the perfect partner for any group that is at odds with its government. Not only is Hezbollah an insurgency group, whose talent in asymmetric and urban warfare is second to none, brought about through rigorous training at Qods Force training camps, it also has a talent in all other forms of insurgency expertise.

Its list of techniques includes training snipers for assassinations, teaching the fundamentals of intelligence systems, methods of obtaining secure communications, and much more besides. So with expert bomb-makers within its ranks, with all of the knowledge you could ask for in both the design and the planting of explosive devices, it is no surprise that such techniques in bombings have taken a sudden upsurge on the streets of Mexico since Hezbollah arrived on the scene.

But what makes Hezbollah so appealing to narco gangs, is the fact that its insurgency techniques have been well-honed through its wars in Lebanon against the Israeli army, and recently with its backing of Iranian troops in battle zones such as Syria, Iraq and Yemen. So such is their experience on both the battlefield, and through bringing terror to the streets, it makes Hezbollah an essential ally as far as Mexican drug cartels are concerned.

So with past Mexican governments not been able to control the situation the cartels have created on the streets, violence escalated rapidly, and with Hezbollah putting gang members through their paces in fully equipped training camps, the whole situation is now way out of hand, and having left the borders of the US at risk should the Iranian regime give the order to attack its foremost enemy, no wall will protect a country from sleeper cells that are already established on its soil.