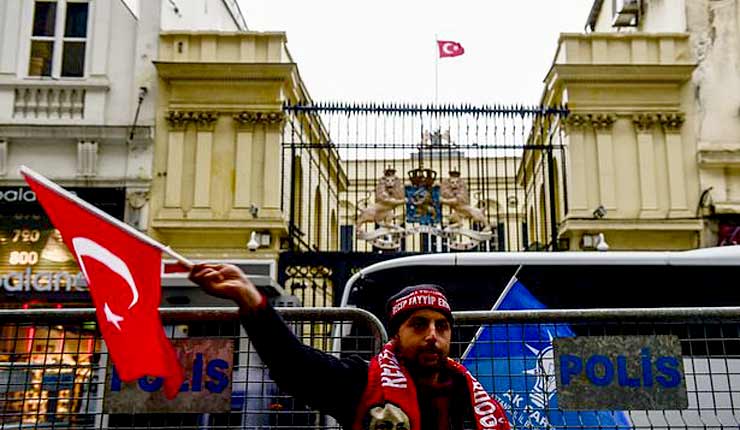 Share
Tweet
Protestors briefly took down the Dutch flag at The Netherlands’ consulate in Istanbul on Sunday and replaced it with a Turkish one, AFP journalists saw, as tensions escalated in a diplomatic row.

Demonstrators gathered at the consulate in anger after The Netherlands refused on Saturday to allow Turkey’s foreign minister to enter the country for a rally.

The Netherlands criticised a Turkish minister as “irresponsible” for attempting to visit after being told she was not welcome and hit out at “unacceptable” verbal attacks by Turkish authorities amid an escalating row with Ankara.

Turkey’s Family Minister Fatma Betul Sayan Kaya was expelled from the Netherlands and escorted back to Germany by Dutch police early Sunday after being prevented from addressing a rally in Rotterdam, where protests erupted outside the Turkish consulate.

The Dutch government said it had told Turkey it could not compromise on public order and security. 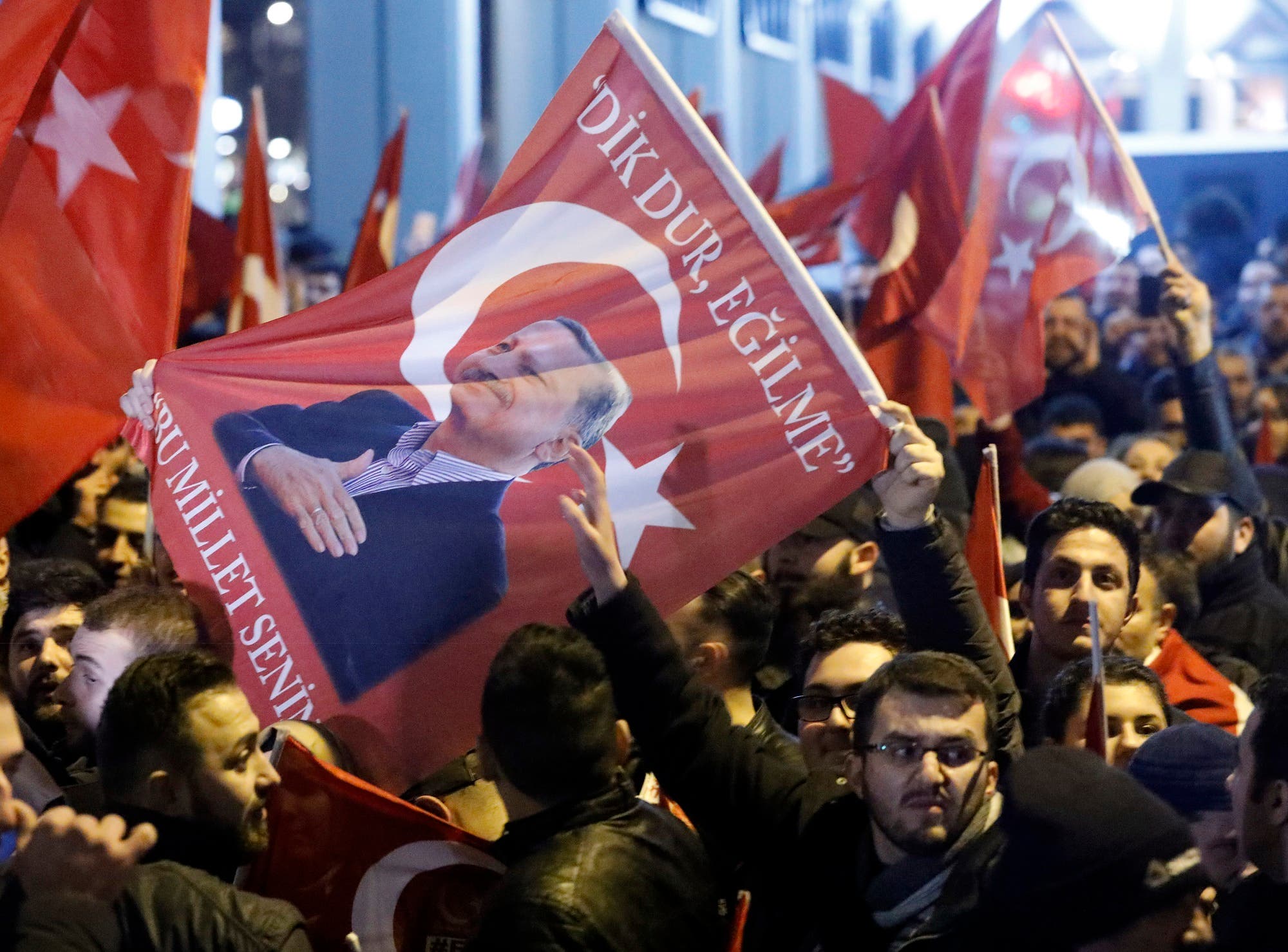 “The search for a reasonable solution proved impossible, and the verbal attacks that followed today from the Turkish authorities are unacceptable,” it said in a statement.

“In this context Minster Kaya’s visit was irresponsible. Through contacts with the Turkish authorities, the message was repeatedly conveyed that Minister Kaya is not welcome in the Netherlands …. nevertheless she decided to travel.”

The Hague had also refused to allow Foreign Minister Mevlut Cavusoglu’s plane to land ahead of a rally, with Turkey’s President Recep Tayyip Erdogan likening the ban to Nazism.

Large parts of Rotterdam were destroyed by the Luftwaffe in 1940. And the country was then occupied by the Nazis.

The Netherlands is home to some 400,000 people of Turkish origin, and Ankara is keen to harness votes of the diaspora in Europe ahead of an April 16 referendum on boosting presidential powers.