Mehdi Meklat : How the French Intelligentsia Fell in Love with a Pro-Jihad Anti-Semite 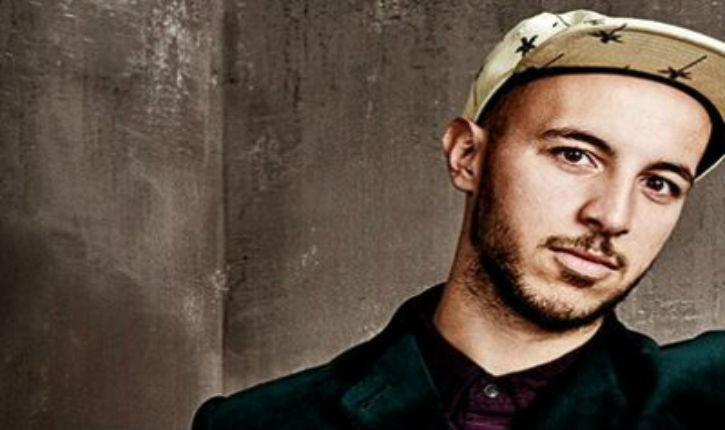 White people? “They must die as soon as possible.” Hitler? “Bring him on to kill the Jews.” Charlie Hebdo? “Charb, what I’d really like to do is shove some Laguiole knives up his…,” referring to the editor and cartoonist not long before he was killed. Marine Le Pen? “I would cut her throat.” The Jewish philosopher Alain Finkielkraut? “I would break the legs of this son of a bitch.” Bin Laden? “I miss him.” Mohammed Merah (the perpetrator of the Toulouse massacre at the Jewish school)? “I find his phrase ‘I love death as you love life’ of a surprising beauty.” Gays? “Long live the fags, long live AIDS under President Francois Hollande.”

Mehdi Meklat is not only the author of these obscene sentences; he is also the darling of French intelligensia. Meklat made his name as an author at Bondy Blog, the journalistic symbol of  multiculturalism, created in the heart of Paris suburbs. Every day Meklat’s site presents new statements that are turning it, according to Pascal Bruckner, into the “the Titanic of the Left.” It is a scandal that should destroy forever the double standards, hypocrisy and sanctimony of French liberals.

“Praise for Merah, threats, homophobia, hatred of France and anti-Semitism: why does the media protect @mehdi_meklat?,” tweeted Marion Marechal Le Pen, Ms. Le Pen’s niece and a rising star in the National Front. Finkielkraut responded in Le Figaro that “Mehdi and Badrou (his friend who coauthored many books) were the turbulent chouchous” — pets — “of the hate-filled left.”

French newspapers are deeply embarrassed. “Mehdi Meklat attained at full speed all of the levels of media notoriety: he appeared with Pascale Clark at France Inter, on Télérama, published books for the publisher Seuil, and Minister of Justice Christiane Taubira agreed to pose with him on the cover of Les Inrocks,” wrote the weekly Le Point. “Everywhere, everybody is scrambling to get a piece of them,” Le Monde wrote, referring to Meklat and Badrou. “For a while now, Harlem or Hollywood have been among the favorite destinations of Mehdi and Badrou.”

Even the French President, François Hollande, was a follower of Meklat on Twitter. The editor of Elle magazine, Marie-Françoise Colombani, was his “spiritual godmother,” public service radio gave him a column, the Cartier Foundation lauded him, and all the newspapers, from Libération to L’Obs, published his writings.

Bernard-Henri Lévy attacked “the indulgence of those who had made this man a kind of spokesman for the ‘alternative culture’ of the suburbs.” This is true not just of Meklat: in fact, the online magazine Bondy Blog has been praised by the world press, including the New York Times. The French government funded the blog, along with Yahoo, with $50,000. A year ago, the Washington Post ran an article about Meklat as “the millennial who want to change the narrative on Muslim comunities.”

Gilles Kepel in November accused Bondy Blog of being the house organ of the Muslim Brotherhood.

Jacques Julliard rightly called it “Islamo-gauchisme”: “How and why did a handful of left-wing intellectuals, very influential in the media and in the human rights movement, imposed a sanctuary for Islam upon the French public square? Yes, why did these intellectuals, for the most part agnostic and libertarian, suddenly develop a passion for the most closed religion, the most warlike and violent in the world?” Julliard has his explanation: “Because the intelligentsia has become, since the beginning of the twenty-first century, the true party of violence. Sartre deplored the fact that the French Revolution had not guillotined enough.” Now Sartre’s heirs condone and exculpate Meklat’s anti-Semitic, pro-ISIS and homophobic rhetoric.

Meklat and his associates were also the subjects of French movies. On September 30, 2014, at the movie theater André Malraux in Bondy, there was the first screening of Julien Dubois’ documentary, Bondy Blog, family portrait. President Hollande sat in in the front row. The site for which Meklat wrote 200 articles organized at the School of Journalism of Lille programs for poor families. On the Bondy Blog, Meklat published articles sympathetic to Islamic terrorists, such as one about Abdelhamid Abaaoud, the mastermind of the massacres of November 13, 2015: “Abaaoud, un visage qui vous veut du mal” (Abaaoud, a face that wants to harm you).

“Claude Askolovitch, the Obs, Les Inrocks, Libération … these people are defending the indefensible,” said Philippe Val, the former editor of Charlie Hebdo. No anti-racist association has even lifted a finger against Meklat, although they are always ready to bring to court writers and journalists who criticize Islam. The French media relativize to protect their baby, never asking him to apologize. Pascale Clark, who has hosted for years Meklat in his radio show, praised his “intelligence and humanity,” while Xavier de la Porte on France Culture accused himself: “There must be something in Meklat too complicated for us to understand.”

Oh no, they understand him all too well. That is why Mehdi Meklat embarrasses the shameful truffles of France. This is the real “fake news.”

Giulio Meotti, cultural editor for Il Foglio, is an Italian journalist and author.