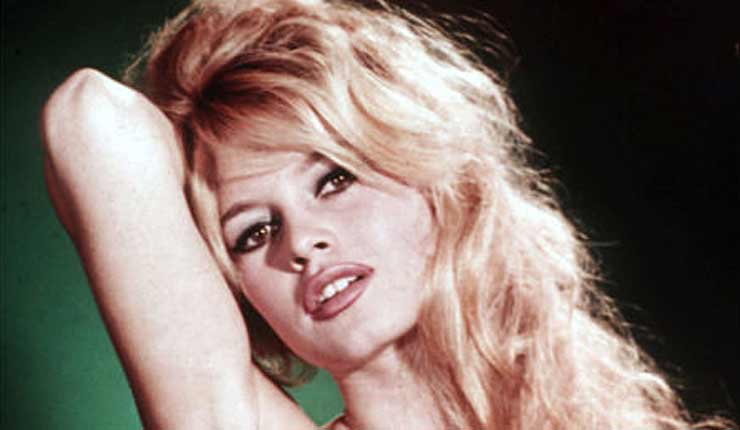 Like President Trump, Marine Le Pen takes a hard line on immigration and champions the unemployed workers of France, who she says have been harmed by globalization. Her views have resonated within the French electorate. She wants to drastically reduce legal immigration and deport all illegal immigrants, and she says she would also like to ban conspicuous religious garb in public, including Muslim headscarves and yarmulkes.

One thing Le Pen and some other French conservatives are upset about is a full-body swimsuit called the Burkini, which French Muslims have been wearing to the beach. Le Pen brought up the Burkini to make a broader point about immigration and assimilation in France, enlisting a French film star of the 1960s and 70s to help illustrate it. “[France] isn’t Burkinis on the beach. France is Brigitte Bardot. That’s France,” she tells Cooper. Is she trying to “make France great again,” just as Donald Trump promised during the campaign to “make America great again?” asks Cooper. “Of, course,” she replies, “I’ve been saying so for many years.”

She is also like President Trump in her attitude toward Russia. Calling the notion of a Russian threat a “scam,” Le Pen says, “I’ll tell you what the danger is for Europe. It’s carrying out a cold war against Russia and pushing Russia into China’s arms. That’s the threat.”

The fake news media in France and Europe is literally copying the propaganda here and accusing Le Pen of being a Russian puppet.

Facebook and Google are also censoring stories on social media by calling them “fake news.”

Since taking the lead in the polls, the EU parliament also voted to strip Le Pen of her immunity for posting pictures of ISIS killing people, including journalist James Foley.

They want to throw her in prison for three years for showing the crimes ISIS commits, insisting it’s the same as sharing pro-ISIS propaganda.

This is how desperate they are to keep her from winning.

Le Pen sees the modern political fault lines not as left vs. right, but rather, she says, between those who support what she calls “wild, savage globalization” and those who don’t.

Le Pen says this “savage globalization” has ravaged France’s economy, stripped France of its sovereignty and led to an influx of immigrants that she believes are changing the national character of the country. And while she isn’t talking of building a wall, she advocates much tougher immigration laws, and a radical shift in France’s foreign policy, including renegotiating its place in the European Union, or else holding a referendum to leave altogether.

French journalist Thierry Arnaud says if Le Pen wins the presidency, the impact could soon be felt across Europe.

“The potential result of Marine Le Pen winning this presidential election is the end of the European Union as we know it,” Arnaud tells Cooper in the clip above. “The end of 27 countries being closely united in a number of areas. And the end of the single currency, the euro.”

Arnaud says that, like Trump, Le Pen is succeeding by painting a dark vision, a vision that appeals to people who feel that their way of life, their culture, is disappearing.

“And what Marine Le Pen is telling those people is, ‘I’m the one who can bring it back.’”

Their way of life and their culture is disappearing.

It’s not a “feeling,” it’s an objective fact.

The only question is whether you feel they have a duty to die because they’ve already gone so far, or do you believe they have a right to fight to preserve their heritage now that they’re realizing the multicultural utopia they were promised is an illusion which will end in their destruction.

One thought on “Marine Le Pen: “France Isn’t Burkinis on the Beach, France is Brigitte Bardot””