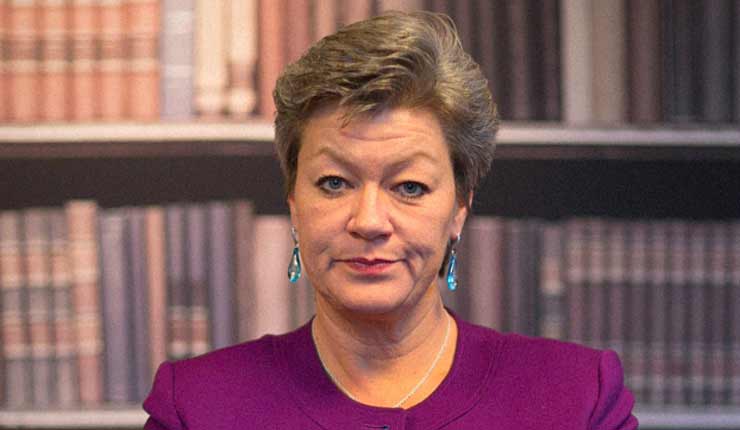 Sweden’s ruling liberal party Integration Minister has been forced into an embarrassing U-turn after she falsely told BBC the number of reported rapes in the country was falling.

Ylva Johansson was giving an interview on the BBC News channel when she said there was no connection between crime and immigration and the level of rape in Sweden is “going down, and going  down, and going down.”

“The level of rapes is not actually high in Sweden”, she also said, after attacking former UKIP leader Nigel Farage – who recently said Malmo was the “rape capital of Europe” – claiming he “doesn’t really know what he is talking about.”

However, it appears Ms. Johansson isn’t so well informed herself. The latest figures show a 13 per cent increase in reported sex crimes in Sweden in 2016, and there has been a general increase over the past ten years.

“We don’t need more fake news,” Tweeted the Moderate party’s labour policy spokesperson Elisabeth Svantesson. She called on the Ms. Johansson to explain herself, adding: “In what way is the number of sex crimes decreasing?”

The minister was forced to correct herself on Saturday. “I based my answer on information that I had at the time, that the number of reports of rapes went down in 2015,” she told the Dagens Nyheter newspaper.

“It was wrong of me to speak of a development that was only based on one year. The preliminary figures for 2016 unfortunately show that the figures are on the rise. It’s important to be correct, of course,” she added.

According to the Swedish National Council for Crime Prevention (Brå) stats, reported by Aftonbladet, there was indeed a dip in the number of rapes in 2015 (down 12 per cent), before rising sharply once more by 13 per cent in 2016.

During the interview, the minister conceded “some problems” may have arisen from the record-breaking levels of immigration in Sweden, but added: “we cannot see a connection between crime and immigration”.

“We have been an immigration country for twenty years… in the same time, the crime level has gone down. So we can’t really see that connection”, she said.

Many people have questioned this assertion, with some journalists and academics claiming there was a period in the 2015 migrant crisis when the Swedish police lost control of many areas.

Much has also been written about the many “no-go zone” in inner-city areas, which are populated by mostly migrants and have high crime rates.