Where’s the Concern for Muslims Killed by Muslims? 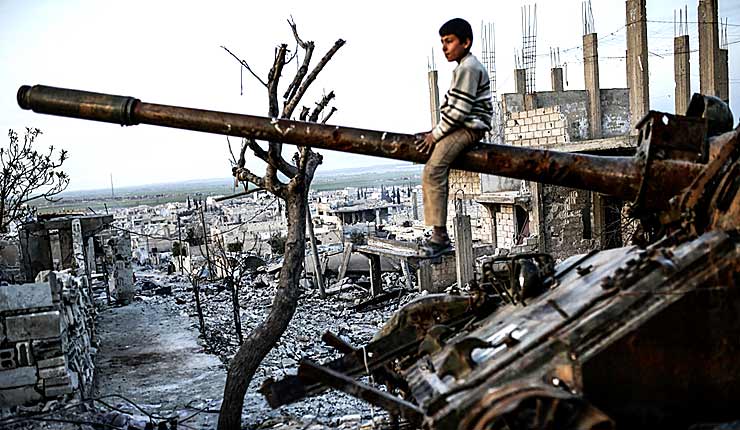 For the past several weeks, major media outlets and liberals have been outraged by the Trump administration policy of singling out immigrants from seven Muslim countries for extra vetting. They shout, “Discrimination,” “Islamophobia,” “How dare the president treat innocent people, many fleeing from conflict zones, so callously?”

Even President Trump’s own national security adviser has reversed the policy of calling radical Islam a threat to American interests — out of the misplaced fear that Muslims will interpret this as a declaration of war on Islam, and that it will encourage more Muslims to become extremists (an odd formulation if you believe radical Islam doesn’t exist).

The strange thing is that none of the people who are so upset about the mere screening of Muslim immigrants have expressed the slightest concern for Muslims who are being slaughtered by their own people in the Middle East.

Consider just a few examples of what terrorists have done in the last few months:

Why aren’t these front-page stories, or topics for hours of discussion on cable news? Doesn’t this carnage deserve at least as much attention as the discussion of Muslim immigration, which involves no loss of life?

Why do the mainstream media, liberal activists and college protesters ignore the daily slaughter of Muslims by Muslims?

One reason is that it does not comport with the mythology and political correctness of the apologists for radical Islam. It would be inconvenient to point to the thousands of Muslim holy warriors fighting each other if you claim Islam is the religion of peace. Clearly, anyone with the temerity to suggest that these Muslims are acting in the name of Islam — as the fighters claim — must be delusional. Furthermore, anyone who uses the term radical Islam to describe men and women who commit these atrocities is “Islamophobic.”

This is not a new phenomenon. It reflects the longstanding prejudice against Arabs and Muslims, which assumes they are barbarians. What is newsworthy about Muslims acting like Muslims do to each other, regardless of the body count?

Muslim lives are only of value if they can be used to score propaganda points against the West. How many of the protesters against the Trump administration’s immigration policy are concerned about Muslims escaping the charnel houses of the region, rather than exploiting an opportunity to mobilize opposition to the president’s policies?

Part of the reason for the widespread lack of interest in the death and destruction in the Middle East is that there are no Westerners to blame. If an American drone takes out a terrorist, but also kills innocent civilians, this is newsworthy. If the terrorist kills the civilians, we don’t care.

It’s a particularly familiar pattern when the lives of Palestinians are at stake. Thousands are being killed and forced to flee from their homes in Syria, yet their supporters remain silent. But if an Israeli were in the neighborhood and could be blamed, that would merit a banner headline and daily protests on college campuses. Even as Palestinians are targeted in Syria, students around the country are holding “hate Israel” weeks.

Another reason for ignoring the internecine war in the Mideast is that it would force apologists to acknowledge that the number of radical Muslims is not trivial. Putting aside data showing that millions of Muslims have radical views, we know that extremist organizations, such as al-Qaida, ISIS, Hezbollah and Hamas, have tens of thousands of followers.

It is legitimate to debate the merits of the president’s immigration plan; it is simply ignorant, however, to suggest that America faces no threat from radical Islam. Europeans understand this because they have been frequent targets of radicals, some of whom are coming from the countries on Trump’s list. Just this week, Britain’s new terrorism watchdog warned that ISIS is planning “indiscriminate attacks on innocent civilians” on a scale similar to those perpetrated by the IRA 40 years ago.

Muslim lives matter, even if they are being taken by other Muslims. It would be easier to take the condemnation of the president’s immigration policy seriously if his critics were protesting the genocidal practices of radical Islamists.

Dr. Mitchell Bard is the author/editor of 24 books including the 2017 edition of Myths and Facts: A Guide to the Arab-Israeli Conflict, The Arab Lobby, and the novel After Anatevka: Tevye in Palestine.


US-based Muslims divorce their wives in India using WhatsApp Explain it to me! How does a terrorist becomes an organizer of the upcoming Women’s Strike?