Israeli Official to Hamas: We Know of Your Cooperation With Isis in Sinai 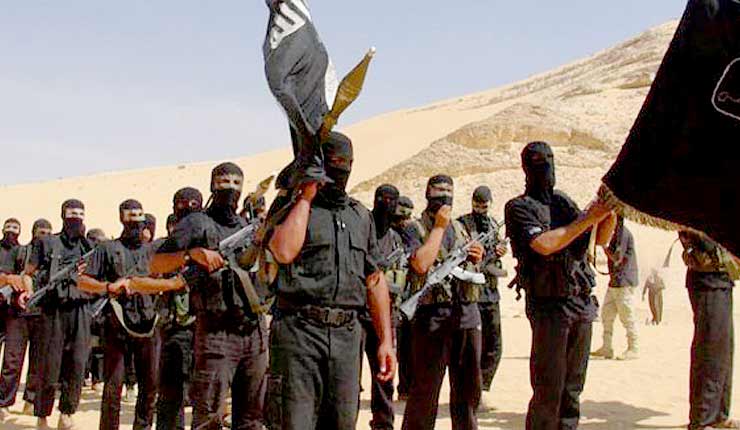 COGAT’s Maj.-Gen. Yoav Mordechai told Hamas on Thursday that the IDF is well aware of its cooperation with Islamic State in Sinai.

“Hamas leaders: Your efforts to hide your cooperation with Islamic State’s smuggling from Sinai, through lies and manipulation in attempts to broadcast ‘business as usual’ with Egypt, are not hidden from our view,” the head of the Coordinator of Government Activities in the Territories unit wrote in Arabic on Facebook.

According to Mordechai, Bilal Brahma, a Salafist- linked Hamas member and top smuggler with Sinai Province, the Islamic State group in Sinai, was reported by Hamas to have been killed in the restive peninsula. But despite Hamas setting up a mourning tent for him, he is alive and receiving a salary from Hamas’s “military” wing, Izzadin Kassam, while being treated in a hospital in Gaza by Jihad Cahlut, who is supposedly responsible for contact with ISIS terrorists in Sinai, according to Mordechai.

“Hamas is brazenly lying to its neighbors and to Egypt, which works to destroy tunnel infrastructures; this comes one week before representatives of the terrorist organization will make an expedition to Egypt,” he said. “Hamas’s senior delegation may want to consult with Bilal to know which tunnels are best for crossing from Gaza to Egypt and save the time waiting in Rafah.”

Rafah is one of the only crossings out of the Hamas-run enclave, allowing for Gazans to leave the devastated territory into Egypt.

Israel has a 240-km. border with Sinai and since Egyptian President Abdel Fattah al-Sisi’s rise to power, Cairo and Jerusalem have been closely cooperating in the Sinai peninsula in the fight against Islamic State terrorists. According to an infographic released by ISIS, Sinai Province operates in El-Arish, Bir Abd and Sheikh Zuweid.

Sisi has waged extensive military operations against Islamic State in Sinai, and in January said 25,000 soldiers have been deployed to northern Sinai to fight the jihadists.

Despite the small size of the terrorist group, Sinai Province is considered to be one of the most effective Islamic State franchises outside Syria and Iraq, and has carried out numerous deadly attacks on Egyptian security forces.


Explain it to me! How does a terrorist becomes an organizer of the upcoming Women’s Strike? Change of policy? Indian PM Modi will visit Israel, but skip Palestine