Explain it to me! How does a terrorist becomes an organizer of the upcoming Women’s Strike? 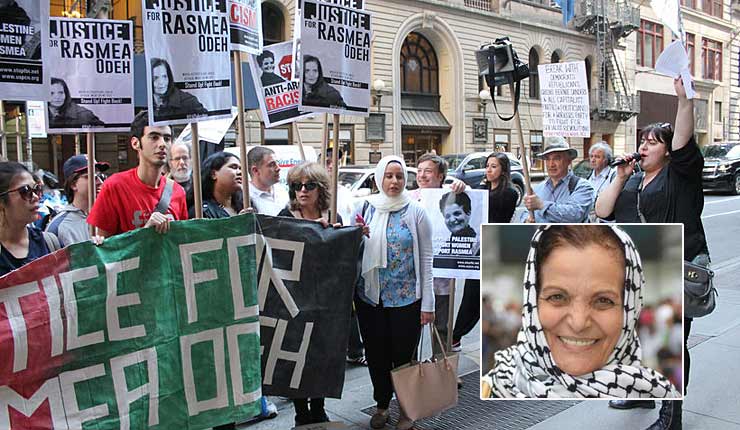 Explain to me how a woman who planted a bomb which killed two young men at the Supersol market in Jerusalem on February 21st 1969 is now an organizer of the upcoming Women’s Strike. The stated goal of this strike is “to increase equality, justice, and human rights for women around the world.” I unequivocally commend this goal.

But, explain how my family is supposed to reconcile the reality that the woman who stripped my uncle of his life is now deemed a hero by many of my fellow Americans. What justification is there for Rasmea Odeh, a woman who killed two people (with the intention of killing more!) to lead a peaceful fight for human rights? In the documentary, “Women in Struggle”, Odeh and her accomplice, Ayesha, talk in detail about their gruesome acts. Ayesha names Odeh as the ringleader. Explain to me how explosives found at Odeh’s home matching those used in the bombings sits with your conscience.

What is the difference between the acts of Omar Mateen, Tamerlan and Dzhokhar Tsarnaev, Dylan Roof, and Rasmea Odeh? There is no difference. They all carried out acts of terror in the name of their causes, which resulted in the death of innocent civilians. Whether they were targeting the LGBT community, Americans, African Americans, or Jewish Israelis, these were all terrorist acts.

Explain to me how Odeh, who was a member of the Popular Front for the Liberation of Palestine (PFLP), a US designated terrorist group, was chosen to represent American feminists who seek to peacefully stand up for women’s rights. The Women’s Strike lists as its Principle #1 that “Nonviolence is a way of life for courageous people. It is a positive force confronting the forces of injustice and utilizes the righteous indignation and spiritual, emotional, and intellectual capabilities of people as the vital force for change and reconciliation.” Rasmea Odeh signed her name to this movement. And she did so with blood on her hands.

I support the empowerment of American Muslims and refugees, and especially Muslim women at this time of heightened prejudice. A self-confessed murderer should not be the voice for them. Do these feminists support her despite her past? Or worse, because of it?

There is a red line. Supporting someone who purposefully took the lives of innocent civilians is crossing that line. It seems that many have lost their way.


Where’s the Concern for Muslims Killed by Muslims? Israeli Official to Hamas: We Know of Your Cooperation With Isis in Sinai