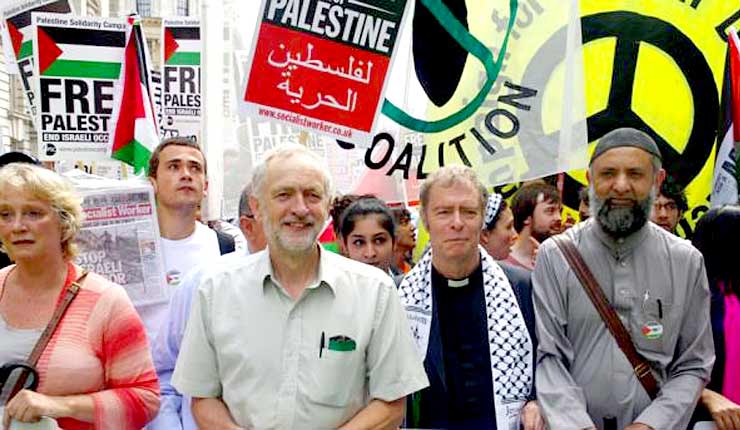 Fred Maroun is a Canadian of Arab origin who lived in Lebanon until 1984, including during 10 years of civil war. Fred supports Israel’s right to exist as a Jewish state, and he supports a liberal and democratic Middle East where all religions and nationalities, including Palestinians, can co-exist in peace with each other and with Israel, and where human rights are respected. Fred is an atheist, a social liberal, and an advocate of equal rights for LGBT people everywhere. Fred Maroun writes for Gatestone Institute.

Each one of us, particularly if non-Jewish European or Arab, is responsible for anti-Semitism. When we look at anti-Semitism, we are looking at the darkest part of the human soul, our murderous hatred towards a people for no reason other than who they are. In the history of humanity, no crime has lasted longer and no crime has made a smaller minority suffer at the hands of a larger majority.

Perhaps anti-Semitism is part of a plan by an almighty God to test us humans on our ability to be humans. If so, we have failed miserably.

Some of us try sometimes, but we never ever succeed.

On July 7, 2011, a committee representing all Canadian parties issued a 92-page report on the state of anti-Semitism in Canada. It was an excellent report, describing the history of anti-Semitism and how anti-Zionism has become a central component of it. Unfortunately, almost six years later, antisemitism in Canada is stronger than ever. Universities still hold yearly “Israeli Apartheid week” events which the report correctly identified as vehicles for anti-Semitism. There has been no improvement.

It is pretty much the same story or worse everywhere else. Eloquent words are spoken, great studies are written, but anti-Semitism remains. In Europe, antisemitism has been on the rise for years. Jews who wear the kippah in a non-Jewish neighborhood put their lives at risk. Even in the United States, where support for Israel is stronger than anywhere except in Israel, there is a new wave of anti-Semitism.

A couple of months ago, I met a childhood friend in Paris. The conversation drifted towards the Israel-Arab conflict, and my friend said that she opposes Israel for a simple reason, which is that Palestinians are weaker than the Israelis. She called Israelis “big bad bullies.” The sad part is that she was not joking. The even worse part is that this attitude is widespread although not everyone is as honest about the naivety of their thinking as my friend is.

There is always an excuse for anti-Semitism.

What makes someone an anti-Semite? Is it stupidity? Is it a dark soul of all-consuming hatred? It is probably a combination of both, but that does not matter because anti-Semites have always existed and will likely always exist.

The more relevant question is why the rest of us have done so poorly at confronting anti-Semitism. While anti-black racism still exists and probably always will, most nations have confined it to the hidden margins of society, but anti-Semitism is still practiced in the open, with the self-importance and the arrogance of the just.

Those of us who are neither Jewish nor anti-Semitic have failed miserably. We are the bystanders who look the other way while a gang of criminals is beating up a kid. And worse than that, when the kid is finally able to defend himself, as Israel is today, we blame the kid.

There is no valid excuse for having failed to help Israel become the secure state of the Jewish people. We reflect on anti-Semitism, we ho and we hum, then we sit back down and let the anti-Semites continue on their merry way.

When a Jewish center is threatened, it is not only an afternoon that is lost. When a Jewish cemetery is desecrated, it is not only a tombstone that must be replaced. It is 3000 years of hatred that come rushing back. It is the painful memories of the family members who died in Nazi crematoria that resurface. It is a very current reminder that a nation that is 79 times the size of the Jewish state has threatened to wipe it off the map and continues on its quest to acquire nuclear weapons.

After 3000 years of antisemitism, with countless pogroms, deportations of Jews from their own lands, and the cold-blooded murder of half its population in the interval of five years, how can we accept that Jews still today do not have one secure place on earth to call home? How can we get up in the morning, look at ourselves in the mirror and not feel the angst of having failed so miserably in the most elementary task that we “intelligent” animals have ever been given?

Why has no government anywhere in the world, other than Israel, placed the fight against antisemitism amongst its top priorities? Why do politicians keep repeating the same foolish lines about negotiating peace when there is no credible entity to negotiate with? Why do they denounce anti-Semitism but then do nothing to stop it? The security of a people that has been forced to struggle for its security for 3000 years is not a game. It is not a political chip to be negotiated.

If God exists, we will be judged, and the judgement will not be kind. If there is no God, there will be no one to redeem us, and we will always be guilty of the darkest crime in the sorry history of humanity.

Note: I dedicate this writing to the memory of my brother Serge Maroun who died suddenly on January 19, 2017 at the age of 48. Serge was a Catholic priest living in Compiegne, France. He believed in the intrinsic value of every human being.