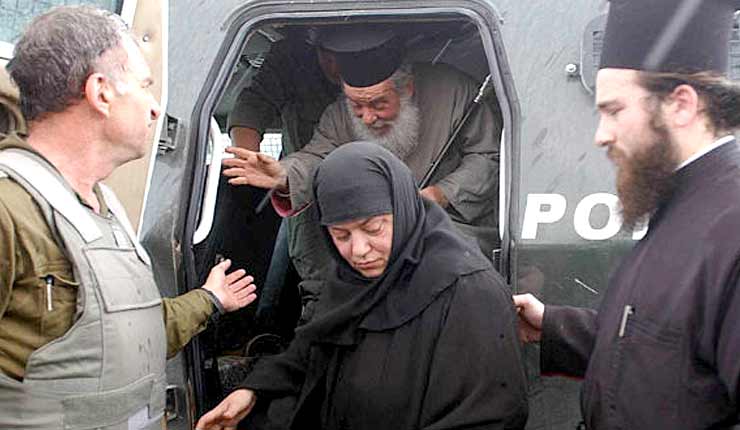 One of the more well-known political cartoons in the world comes from Israel.

Dry Bones appears in the Jerusalem Post and has been reprinted in newspapers from The New York Times to the Wall Street Journal.

For more than 40 years, Jewish cartoonist Yaakov Kirschen has aimed his political commentary at topics like Islamic terrorism and anti-Semitism.

Now, he’s targeting what he calls one of the worst problems in the world today: persecution of Middle East Christians.

“Christian communities being totally slaughtered and murdered and driven out and a whole ethnic cleansing of the Middle East, to wipe out Christianity and Western leaders just look the other way,” he remarked.

In just one recent example, this past summer ISIS drove tens of thousands of Christians out of their ancient homes and gave them the choice to either convert or die.

Another example is a burned out church in Minya, Egypt, by the Muslim Brotherhood. Kirschen said he can’t understand the apathy in the West to what he calls a holocaust facing Middle Eastern Christians.

So, Kirschen is turning up the volume. His team includes his wife, Sali, and their intern Michael. Together, they’ve launched an Internet campaign to rally support for Middle East Christians.

He wants to turn Dry Bones fans into members, then activists.

“People have to find a way to fight back against this. And if our churches and our Jewish organizations and our political leaders are willing to go along with the willful rewriting of history, if they are willing to go along with just looking the other way while the Christians in the Middle East are totally slaughtered and wiped out, then we the people need to do something,” he told CBN News.

Kirschen’s art form, refined over four decades, communicates truths in pictures and just a few lines. This is clearly a mom and pop operation.

“I’m the fulfillment department and the shipping department,” his wife, Sali, said.

They offer perks to new members and despite their small size hope to make a big splash for Middle East Christians, especially at this time of year.

Kirschen summed up their plight in two cartoons especially for the Christmas season.

In one cartoon it says: “Santa claus will have it easy this year. Just about the only place left in the Middle East with Christians left to visit is the Jewish state.”

He also penned this cartoon’s plea: A Christmas wish for Christian communities across the Middle East: May the world hear your cries for help.