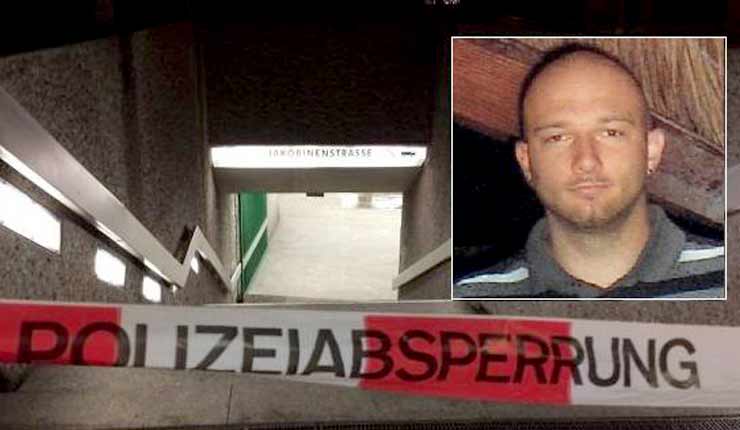 Last week, German police arrested a 26-year-old man on suspicion of plotting an Islamist-inspired attack. The man, identified only as “Sascha L.,” is accused of plotting to lure police officers and soldiers into a trap. When authorities searched his apartment in Northeim, Lower Saxony, they found chemicals and electronics that could be used to make explosives.

Such plots have not been infrequent in Germany over the past few years. However, when looking through Sascha’s history, authorities found another detail that made his case more unusual: Until 2013, the suspected Islamist extremist may have been a neo-Nazi.

According to reports in Der Spiegel, authorities have found a YouTube channel on which a man thought to be Sascha warns of the threat posed by Muslims, whom he accused of trying to impose Islamic law on the country, as well as left-wing activists and anti-fascists.

In the videos, according to Der Spiegel, Sascha sometimes wears a white mask, signifying a possible link to the Immortals, a prominent neo-Nazi organization in Germany. One video, titled “Tips for the fight against cockroaches,” is said to have shown Sascha calling for attacks against immigrants in Germany.

That video was uploaded to YouTube in May 2013, Der Spiegel reports. A year later, Sascha is thought to have converted to Islam. According to Die Tageszeitung, Sascha’s Facebook page reflected this shift — he liked a regional Islamist extremist group’s page and changed his profile to include the slogan “Don’t push! I have a bomb in my backpack.” Sascha also faced a court case over spreading the prohibited symbols of the Islamic State militant group on the Internet.

As unusual as the Sascha case may sound, it isn’t without precedent. Extremists going from one extreme to the other is “not that uncommon,” says Seamus Hughes, deputy director of the Program on Extremism at George Washington University. “There are some overlaps in terms of groups both sides hate so [there is] an easier transition from one extreme to the other,” Hughes added.

There are at least two examples of U.S. citizens who’ve made similar transitions, Hughes said. Emerson Begolly, who posted photographs of himself online that show him wearing a Nazi uniform and uploaded jihadist-inspired songs, was arrested in 2011. More recently, a Virginia man named Nicholas Young who was charged last year with attempting to support the Islamic State also admitted to dressing up as a Nazi and collecting Nazi memorabilia.

In Germany, too, there is a long history of extremists switching allegiances. Deutsche Welle reports that one of the most famous cases was that of Horst Mahler, a former leader of Germany’s radical left in the 1960s and 1970s who later turned toward neo-Nazism and is now serving a prison sentence for inciting hatred and denying the Holocaust.

While acts of Islamist extremism receive widespread attention in Germany, far-right extremism continues to be a problem across the country. A German official said this week that attacks on migrants had reached an “alarmingly high” level last year. “All of society has the responsibility to establish a climate where extremism finds no fertile ground,” Interior Ministry spokesman Johannes Dimroth said Monday.


Why Were the 7,000 Antisemitic Incidents Under Obama Largely Ignored? Chilling post urges ISIS supporters to 'dress up like a Jew' and launch attacks in the West