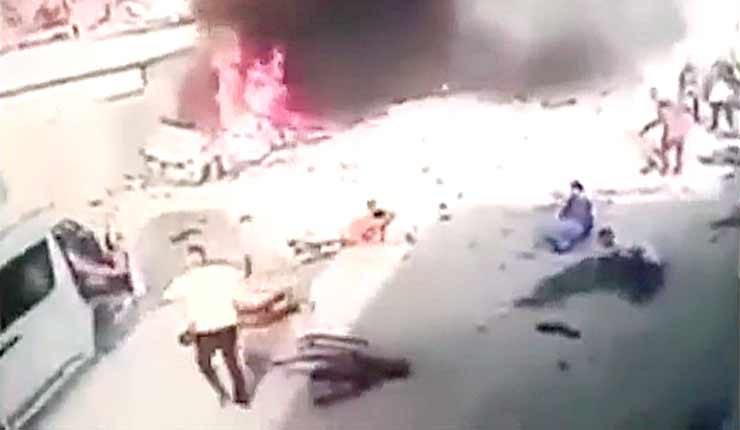 These two videos will show you how Palestinians make a video clip they later hand out (or sell) to both the Main Stream Media and to Human Rights groups around the world.

Not only is it important to point out that they are fabricating these videos, but the most important question is:

Why does one need to fabricate attacks? The answer is obvious – the Arab “narrative” that the Left and many unsuspecting people around the world have swallowed is that Israelis are evil people – but if you need to resort to fabricating such videos – it means that the whole narrative is a lie. Made up by Arabs, distributed by strong players in world media and politics, and, in the end, believed by people around the world.

Think about this for a moment.

In this first video, you “see” a car blown up (sold to the press as if Israel had bombed the car) with several civilian casualties. People rush to the rescue with impoverished means, and they sell this as proof of “yet another evil attack by Israel on the Palestinians people”.

In this clip, you will see the FULL video. This clip shows you also what happened before the “attack”. Not only do you see Arabs blowing up the car, but then, right after, Arabs running to the scene, laying on the ground, others coming to rescue them. THEN you see the beginning of the first clip again … pretty pathetic, right?

Unfortunately, millions of people saw the “edited clip”, if on MSM TV, or if in UN and other HR “exhibits”. Very few people will see this blog with the proof. I hope you will all share and tweet this so that the truth can also be seen.