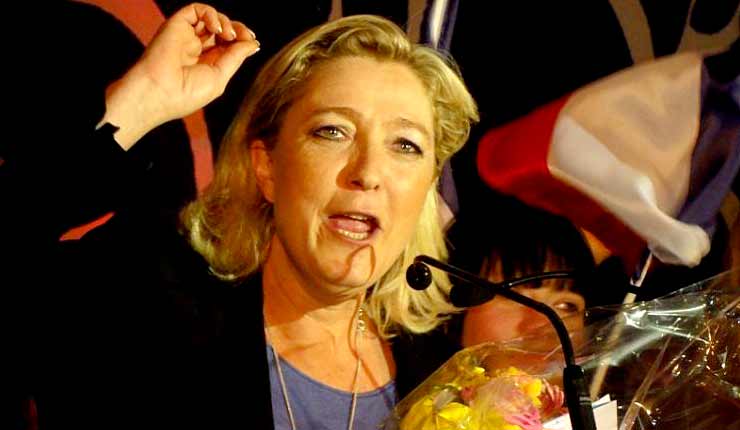 Several French politicians, pollsters, and commentators have conceded that Marine Le Pen may win the French presidential elections in May

A Le Pen victory would continue the populist trend set by Brexit and the election of Donald J. Trump as U.S. President last year, neither of which were forecast by insiders and industry pundits.

With polls consistently placing Le Pen out in front for first round voting, the former Socialist Prime Minister Manuel Valls warned France’s establishment of the “danger” of assuming she cannot win, Euractiv has reported.

Valls pointed to Trump’s victory, unforeseen by the political establishment, to add: “What has changed in the world and Europe since Nov. 8 is that it’s possible.”

The former conservative Prime Minister Jean-Pierre Raffarin, too, admitted this month: “I think Madame Le Pen could be elected.”

Le Pen has maintained a strong lead in first round polling since 2013 and is therefore widely expected to top the preliminary vote on 23 April with around a quarter of the vote.

Polling for the second round on 7 May, in which the top two candidates go head to head, currently shows her losing out to her main rival, former socialist Emmanual Macron, by a margin of about 20 per cent.

But pollsters say that even a narrow shift, from 60-40 to 55-45 in Macron’s favour, could throw the final result into doubt.

Ifop’s Jérôme Fourquet told AFP that if by early May the polls still place Le Pen at 40 per cent to 60 per cent for her rival, “the gap is too big for there to be a surprise.

“But if it’s 55-45, it could be a different matter,” he said, adding that her performance in the first round would be crucial if she is to gain enough momentum to snatch a win in the second round.

When canvassed by L’Opinion newspaper in mid-February, pollsters were reluctant to give any certainties.

Bernard Sananes of the Elabe polling group remarked it was “both possible and improbable”. Others were more forthright, with Jérôme Sainte-Marie of Polling Vox saying: “Against Macron, she has a chance of winning.”

The race so far has been marked by allegations of fraudulent behaviour levelled at both Le Pen and the Les Republicains candidate François Fillon, with both candidates being accused of wrongly using Parliamentary expenses and funds, in Fillon’s case, to hire family members as staff.

But while Fillon’s campaign has been hard hit by the allegations, sending him sliding to third place in the polls, Le Pen’s support has held firm.