So-Called ‘Jewish Voice for Peace’ to Host Terrorist at Panel 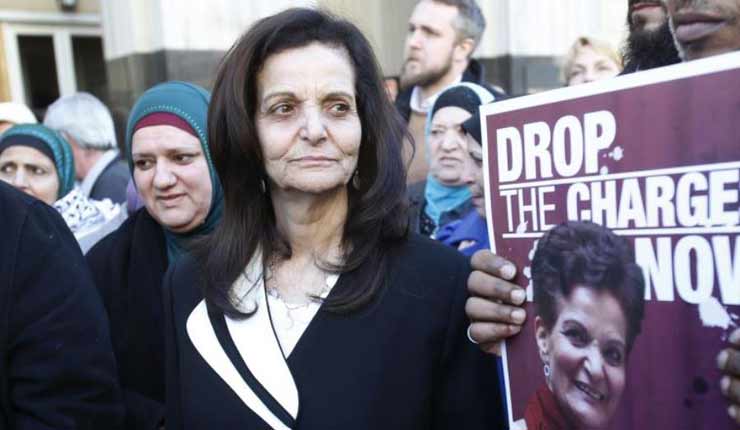 Rasmea Odeh, a member of the Popular Front for the Liberation of Palestine, was sentenced to life in prison in Israel for her involvement with a terrorist organization.

The Left-wing organization Jewish Voice for Peace will host convicted Palestinian terrorist Rasmea Odeh at its national conference in Chicago at the end of the month.

Odeh, a member of the Popular Front for the Liberation of Palestine, was sentenced to life in prison in Israel for her involvement with a terrorist organization, and was responsible for planting the bombs used in attacks in Jerusalem in 1969. One attack targeted a supermarket, killing two students and wounding nine other people. Odeh was released in a prisoner exchange in the 1980s, and subsequently moved to the US and acquired citizenship.

In 2014, she was convicted of immigration fraud, for concealing her arrest, conviction and imprisonment for the 1969 bombings.

According to Jewish Voice for Peace’s conference schedule, Odeh is scheduled to speak as part of the “All In!” workshop, alongside three other panelists, including anti-Israel activist Linda Sarsour. Jewish Voice for Peace, which “seeks an end to the Israeli occupation of the West Bank, Gaza Strip, and East Jerusalem,” did not respond to a request for comment.


The Savages Of Stockholm: Muslim Immigration Impact On Sweden Gorka & Jasser: We Are Not Fighting ‘a War With Islam, but a War Inside Islam’