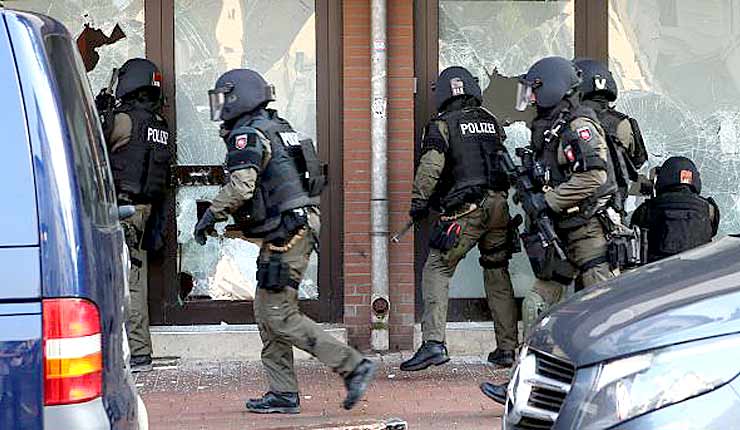 The Federal Office for the Protection of the Constitution (BfV), Germany’s domestic intelligence service, warns that the number of radical Islamists has grown enormously in the last four years.

Since 2013, the number of Islamists has skyrocketed from a mere 100 or so to over 1,600 currently. Chief of the BfV, Hans-Georg Maassen, said the number is increasing more and more every month. Mr Maassen described the current situation saying: “We receive between two and four credible tips on planned terrorist activity in Germany each day,” and added, “We have to recognise that we are living in a different situation now than was normal,”

Mr Maassen described the current situation saying: “We receive between two and four credible tips on planned terrorist activity in Germany each day,” adding: “We have to recognise that we are living in a different situation now than was normal,” Deutsche Wellereports.

The reasons for the massive increase, according to the BfV, are numerous, including the arrests of Islamists plotting attacks, and the ability for Islamists to communicate online and radicalise disaffected young Muslims.

Maasen said it was hard for many friends and family to detect if a person had become radicalised saying: “These are social groups that find each other, let’s say through their mosque community, and the people who see them in the real world don’t necessarily notice any change in behaviour.”

Of the total 1,600 radical Islamists, Maassen said around 560 of them are potentially dangerous and have the ability to plot and possibly carry out acts of terrorism in Germany.

Since the Berlin Christmas market attack in December, authorities in Germany have been working to crack down on radical Islamist groups and have conducted raids all across the country.

Some of the raids have related to direct threats of terrorist activity like the arrest of a 26-year-old Islamist in Lower Saxony who was caught possessing explosive material commonly used by the Islamic state terror group to make bombs. In another case, a 21-year-old in the city of Neuss was arrested, also accused of trying to create an explosive device and had connections with another Islamist terror plotter in Austria.

Others arrested have been on charges of belonging to organisations like the Islamic State terror group. A pair of German-Moroccan brothers were arrested in Bonn over links to ISIS. Prosecutors allege that the two men had travelled to Syria in 2013 where they both joined the Islamic state and participated in various battles on behalf of the group.