Is Venezuela a State Sponsor of Terrorism? 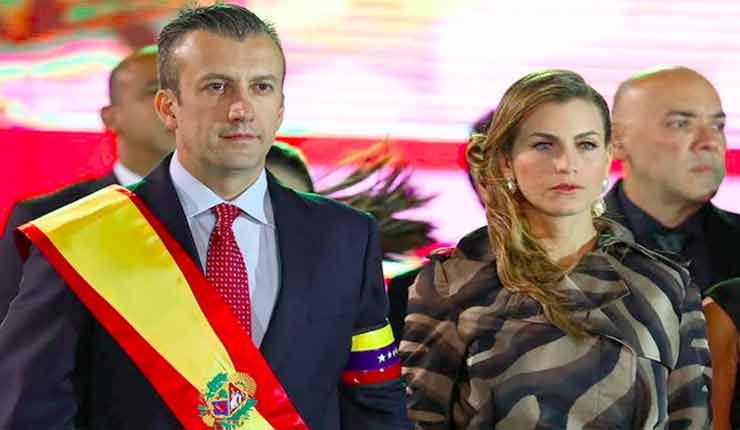 The US intelligence community has long considered Tareck El Aissami to be a key figure in the global narcotics trade, with significant ties to Iran. He has overseen massive shipments of drugs from Venezuela to other countries, including the United States, and has issued identification documents to Hezbollah operatives. But El Aissami isn’t an affiliate of Hezbollah or the Iranian Revolutionary Guard Corps (IRGC). El Aissami is the vice president of Venezuela.

After an extensive Treasury Department investigation spanning several years, the Trump administration levied sanctions against El Aissami last week, freezing his assets in the United States and prohibiting US companies from doing business with him. American officials have previously identified and sanctioned other senior Venezuelan officials involved in drug trafficking operations with the Colombian FARC, as well as Iran’s terrorist activities.

The latest allegations, which implicate the upper echelons of Venezuela’s government, suggest that the South American country has devolved into a full-blown state sponsor of terrorism.

The Simon Wiesenthal Center also suggests that El Aissami served as an interlocutor between Iran and Argentina in an effort to hide the Islamic Republic’s role in coordinating the 1994 Jewish Center bombing in Buenos Aires. Hezbollah operatives are widely believed to be responsible for that attack, which killed 85 people and wounded 300. Moreover, a Wiesenthal Center representative in South America fears that El Aissami may encourage the Venezuelan government to adopt antisemitic state policies.

Under the reign of former President Hugo Chavez, Iran exploited friendly ties with Venezuela to establish terrorist networks throughout region. Furthermore, Iranian and Hezbollah operatives have cultivated and consolidated operating bases in South America, especially in the tri-border area (TBA) between Argentina, Brazil and Paraguay. This area contains a large Muslim population that is sympathetic to Hezbollah, which the terror group sees as a ripe target for recruitment, arms smuggling and drug trafficking, and planning terrorist operations.

Hezbollah also relies on legitimate businesses and front organizations in the region to launder its money. And with Venezuelan help, the terror group continues to expand its presence and consolidate support in other Latin American countries. Hezbollah has even registered as a political party in a Peruvian region characterized as having that nation’s largest Muslim population.

And Venezuela’s ties to drug trafficking and terrorists are not limited to South America. The Treasury Department also revealed that El Aissami helped coordinate narcotics shipments to drug cartels operating on the US border, including Mexico’s infamous Los Zetas cartel. In 2011, Virginia prosecutors said that a Lebanese man helped the Los Zetas cartel smuggle more than 100 tons of Colombian cocaine into the US, and that Hezbollah benefited from this activity.

These connections also enable Hebollah to make inroads into the United States through the porous border with Mexico.

In 2011 testimony before a House Homeland Security subcommittee, Roger F. Noriega, the former US ambassador to the Organization of American States, highlighted the danger posed to US homeland security from the growing Hezbollah presence in Latin America:

The more broad implication for US homeland security is that Hezbollah — via Iran and Venezuela — has engaged the United States in an offensive strategy of asymmetric warfare on our doorstep. It is aiming to win the mental battle of attrition and the moral battle of legitimacy, particularly with the youth in Latin America. Unless our government recognizes and responds to their efforts, our ability to protect our interests and our homeland will be gradually and dangerously diminished.

That testimony is as relevant today as it was years ago, foreshadowing continued cooperation between Iran, its terrorist proxies, and the government of Venezuela. Now with a vice president who maintains intimate ties to a variety of violent organizations, Venezuela has transitioned from a safe haven for nefarious activities to a global state sponsor of terrorism.

Steven Emerson is the Executive Director the Investigative Project on Terrorism (www.investigativeproject.org) where this article first appeared.