Why Israel’s and Europe’s fates are intertwined.”If Israel can fall, Europe will fall” 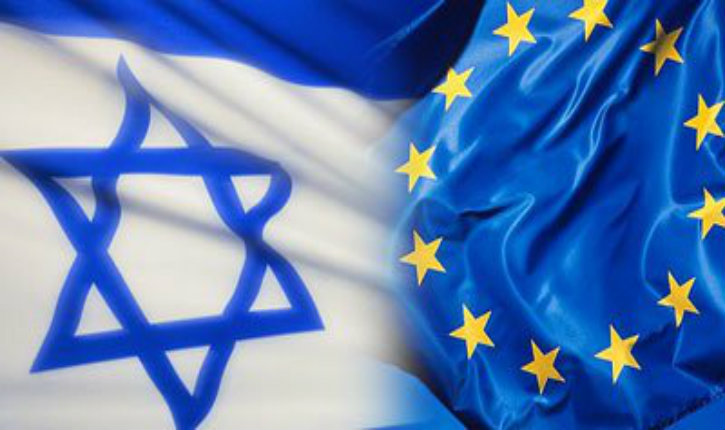 It’s a sentiment that only a few contemporary thinkers have touched on. And when they did, it was in a fleeting manner, without elaborating on why it is that if Israel falls, Europe will soon follow. It’s not a new sentiment. A year after the Six Day War, Eric Hoffer, America’s “blue-collar philosopher“, wrote a short paragraph about the matter.

“At this moment, Israel is our only reliable and unconditional ally. We can rely more on Israel than Israel can rely on us. And one has only to imagine what would have happened last summer had the Arabs and their Russian backers won the war to realise how vital the survival of Israel is to America and the West in general. I have a premonition that will not leave me; as it goes with Israel so will it go with all of us. Should Israel perish, the Holocaust will be upon us.“

“Though holy to all three monotheistic religions, Jerusalem today sometimes seems like the modern equivalent of Vienna in 1683 – a fortified city on the frontier of Western civilisation. (p.93)“

If the Polish king Jan III Sobieski and his 60.000 strong Polish-German fighting force, most notably consisting of his Winged Hussars, would not have defeated the Ottoman invaders besieging Vienna, a defenceless Western Europe would have been at their feet. By stating that modern day Israel is the equivalent of 1683 Vienna, Ferguson implies that if Israel falls, so will Europe.

But, just like Hoffer, Ferguson doesn’t expand on why this would be the case. And what actually do they mean?

Contrary to Vienna, Israel’s landmass is not adjacent to Europe. And in 1968, besides being Soviet proxies, there was no substantial threat to the West emanating from the Arab Muslim world itself. The French-Algerian war had ended six years earlier, and the Libyan Lockerbie and Berlin discotheque bombing wouldn’t take place until about 20 years later. And although shocking and deadly, those attacks had little to no impact on Europe’s structural security and social fabric.

Besides to his instinctive sympathy towards the Jewish state, Hoffer regarded Israel as a forward base in the struggle to contain the Soviet Union. And indeed, Israel proved itself a solid ally and intelligence hub, for example by lending the US a stolen Soviet-Iraqi MIG-21 fighter to study. But while it is true that the Israeli victories resulting in peace treaties with Egypt and Jordan helped bring the Middle East under US hegemony, it remains unlikely that Israel’s destruction would have entailed a Soviet victory over the West, as Hoffer’s premonition implies.

Anno 2016 however, Israel’s downfall would have very profound effects on the already unravelling social fabric and structural security of Europe. Now more than at any time in its history, the fall of Israel would push Europe to the brink as well. It’s peculiar, but it seems Hoffer’s instincts are truer now than they were 49 years ago.

The case of Israel can turn even the seemingly most integrated European Muslims into hysterical ideologues that start foaming at the mouth with accusations of war crimes and genocide, while at the same time crying out that Jews should be killed.

Whenever Israel is forced to strike back at Hamas, European Muslims take to the street by the masses. And, as Douglas Murray observed:

“Most noticeable was that the protests across Western European cities have overwhelmingly been led by Muslims. Not Islamists or Islamist groups in particular, but by extremely angry Muslims – especially young Muslims – who stay at home when any another war occurs anywhere in the world, but who seem spurred to anger whenever Israel is involved in any conflict with any of its neighbours.“

And one only has to attend these gatherings briefly to feel the hysterical lynching-like attitude of the crowd. The Dutch-Moroccan rapper “Appa” for example, was wildly cheered by his crowd after saying:

“I am pro-Hamas until the zionists have been expelled, let that be clear!“

And again, these are not Islamists per se. Appa is a Dutch musician who is frequently invited to talk shows on public television and even starred as an actor in series on Dutch public television.

Western Europe hasn’t been spectacularly successful in integrating its Muslim populations. And this isn’t such a strange thing. Most Europeans don’t have a solid and steadfast concept of what it actually is that they stand for.

European identity is diffuse and highly elastic. So it’s hard to blame Muslims for not being overly enthusiastic about trading their solid cultural identity for something that even most Europeans don’t seem to understand and regard as exchangeable.

In 1998 the late professor of Sociology and Dutch politician, Pim Fortuyn (gunned down by a left-wing activist in 2002), published a book titled “50 years Israel, how much longer?“. In it, he described the Arab-Israeli conflict as a clash between modernity and Islamic fundamentalism. His analysis was that Israel experiences this clash in its highest degree, while Europe is exposed to it in a lower, but increasing intensity.

Now, what would it do to the Islamic psyche if their most hated and per capita most powerful and militarised enemy would fall, parallel to the observation that their Western allies let it happen?

Their sentiment would not be limited to joy. The exact opposite of defeatism would take hold of their psyches, not much unlike what Arthur felt when he pulled Excalibur from the rock. This sentiment would not limit itself to Islamists either. It would extend to the wide range of Muslims that participated in anti-Israel rallies as well as those better described by the Gangster Islam phenomenon.

However, if an Islamist entity would bring down Israel, it would increase the popularity of Islamism immensely, simply because everyone loves a winner. Israel’s destruction would also further solidify Islamist belief in the divinity and verity of their doctrine.

And there would be even more at stake. In cultural and military regard, what would “the West” still be worth if it allowed its most solid and faithful ally in the region, with which it is so culturally interwoven, to be overrun? The answer is of course: very little indeed.

The West should no longer be capable of looking itself in the mirror. Such a culture would command neither respect nor fear, and should no longer even dare to ask Muslims to integrate. And if the West still had the audacity to demand it anyway, Muslims would be even less likely to comply than before, because the observation that the West let Israel burn despite Western military prowess, would give birth to the most visceral forms of contempt, instead of goodwill.

French Muslim anti-Israel riots like the one in 2014 shown below, aren’t merely anti-Israel protests. They convey a general sense subversiveness and loathing for a society that’s seen as weak and as ripe for the taking.

Surrendering Israel will not decrease this sentiment. Instead, it will only reinforce it by proving beyond any doubt that the West will no longer defend its own.

Weakness invites aggression, and by allowing Israel to be destroyed, Western weakness will be set in stone.

If Israel falls, the road to Europe would not physically be open for “The army of Mohammed” as was the case with Vienna. But in the Islamist experience, which is relevant, Europe is a soft target compared to Sparta-like Israel. In their line of thought applies:

“If Israel can fall, Europe will fall”.

In every battle, psychological momentum is a battle half won. And Israel’s destruction would supply exactly that in full.

Even though Europe and Israel don’t share a border, they do share a faith. Israel arose from Europe’s ashes. And if Israel is reduced to ashes, the European powder keg will explode in our faces.

It would provide European Islamism, Gangster Islam and all other forms of Islamic subversion with an unparalleled psychological momentum and renewed belief in the divinity and verity of their doctrine.

One can sympathise with Israel because it’s a Spartan version of Europe. One can choose not to, because it will get you laid in your social anthropology and moral diversity classes. But in any case, do consider the Islamist line of thought: “If Israel can fall, Europe will fall.”


"We need to separate from the Palestinians inside pre-67 Israel" Denver: Muslim who shot transit guard says he did it for the Islamic State, investigators say he didn’t