In Sweden and the West, What Message Are We Muslims Sending? 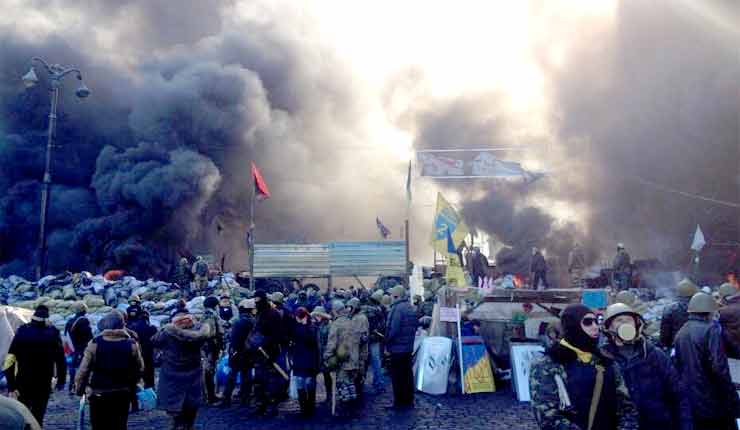 Renowned for tolerance and multiculturalism, Sweden has been most welcoming to immigrants from Muslims countries. As a result, today 350,000 of Sweden’s population of 9.5 million are Muslims. On a recent visit to Sweden, this Muslim author saw that the Swedes’ welcoming and tolerance have been abused by many Muslims. They respond to Sweden’s kindness by seeking to Islamize the place.

In Uppsala, the fourth-largest city in Sweden and the seat of Archbishop of the Church of Sweden, a Swedish activist complained that the Muslim-dominated areas in Uppsala were “full of fundamentalists who are out of control… even the Swedish police fear going there because many Arab and Muslim youth will attack them with rocks. Even providers of Swedish state services are afraid to operate in the Muslim and Arab areas in Uppsala.”

A local police officer who spoke on the condition of anonymity — noting that he was not speaking in the name of the authorities — confirmed what the activist said. “Police cars that approach Arab and Muslim areas are regularly attacked with rocks,” he said. “At the moment, local Swedish authorities are not sure how to keep providing public services in those areas. They are even considering rolling back certain state services there. It is just too risky to operate in such a hostile environment. A few residents of the Arab-Muslim areas in Uppsala describe their neighborhoods as ‘Sharia areas where Sweden’s government is not welcome.'”

Another police officer said, “We think of them [the Muslims] as Swedes, all are equal under the law, this is how we do things in Sweden. We would never judge the majority by the actions of few, there are many great Muslims we deal with… but we still cannot understand why many Muslims in this town hate us so much? We have never done anything bad to them!”

A local businessman in Uppsala, said, “I just feel sad for the insults we get from many Arabs and Muslims in this town. We consider them Swedes; they consider us enemies. We are doing our job, we are protecting them, and we will never fail them or look down on them, why are we received with such hostility?”

In Stockholm, while wearing my usual Palestinian keffiyeh headscarf, I went to the Jewish neighborhood and took a lengthy stroll there. No one gave me a bad look; one young man asked to take a photo with me.

This incident made me wonder: Would a Jew wearing a skullcap be tolerated if he entered an Arab or Muslim-dominated area in Sweden?

A Swedish Jew mentioned how he was attacked by three Arab men outside an Israeli restaurant because he was wearing a skullcap. Wearing my keffiyeh, I went to the same restaurant, and the owner warmly welcomed me.

An elderly couple from Citykyrkan, in Stockholm, mentioned how they had to leave their home and relocate after their area had become dominated by Muslim immigrants. “What hurts me the most,” the woman said, “is that they smile to my face and hate me behind my back. We do not hate Muslims, but why is there all that hatred from some Muslims towards us? Our daughter’s ex-fiancé is a Muslim; he is intelligent and he has a legitimate job, why can’t his Muslim brothers act like him?”

The man said, “I am not sure where we are going in this country. We feel that we have lost our country forever to Islamists.”

What message are we Arabs and Muslims in the West sending to the world by our actions of intolerance and arrogance such as the ones described above?

Can we then blame some Westerners for fearing us when we respond to their welcoming and generosity with hostility?

Malmö, Sweden’s third largest city, where one quarter of the population is Muslim, is another Muslim stronghold in Sweden where the fire department and emergency workers no longer enter Muslim immigrants’ areas without police protection.

When two Swedes, one a community leader, were to visit Malmö to examine the situation on the ground, they both said it was too risky to go.

Mr. S., a Palestinian living in Malmö, arrived in Sweden as a refugee fleeing the Jordanian intelligence service two decades ago. He said, “I am a true Muslim. My wife wears hijab, I appreciate this country, and I just want to make a living but those Islamist crazies won’t leave us alone. They say they support jihad, they deal drugs, they get drunk and harass women. At the same time, they look down on me because I have Christian Swedish friends. They threatened my eldest son; they said his friends are white non-Muslim Swedes. I swear to Allah, sometimes I feel I am not living in Malmö but in Afghanistan.”

“My daughter does not wear hijab,” he added. “She has blonde hair and could easily pass for a Swede, therefore the minute she leaves the house, the local Muslim men start harassing her, thinking she is a native Swede. They think of Swedish girls as easy and prostitutes. When I confront these men harassing my daughter, they bluntly tell me they thought she was a Swede and they would have not harassed her if they had known she was a Muslim. Tell me what should I do now? Cut my daughter’s hair? Force her to wear hijab? Now I understand how Swedes feel about us Muslims harassing their sisters and daughters.”

Another Palestinian, a college professor, who lives in a small town in northern Sweden, said, “I am religious, but I cannot accept what the Muslim fundamentalists have been doing to this country. I have had job offers to teach at major Swedish cities, but instead chose to go to a remote town where I would not have to see fundamentalist immigrants. Our people are playing with fire. The Swedes are very polite and tolerant by nature, but I doubt they can take the Islamic provocation of this country much longer. I am not sure what will happen, but I would not be surprised if one day Sweden bans immigration from all Arab and Muslim countries.”

As a practicing Muslim living in Europe, I could not help asking myself: Why do we Muslims — or at least a good number of us — choose to provoke the countries that open their doors to us?

How come we manage to intermediate Western societies we live in, whether Sweden, Norway, Denmark, the UK, France, Canada or the United States?

Those of us who do not wish to live in the secular West — why did we go there in the first place?

If secular Western countries are evil and immoral in the view of some Muslims, why don’t those who feel that way leave and relocate in Islamist states such Iran or Afghanistan?

I would love to think that the Islamist fundamentalists in the West do not represent the majority of Muslims. But if that is so, where is our Islamic rage against these lunatics?

Why are we Muslims in the West silent about those fundamentalists who want to Islamize and terrorize the countries we live in?

Our silence means either that we do not care for our adoptive countries, or worse, that we agree to what the fundamentalists say and do.

Many of us Muslims like what the Islamists say and do, and that is why we are silent. There are countless Muslims who want to Islamize the West by changing it from within, using demographic, legal, and cultural changes, slowly but surely, to do so.

Or is it that many of us Muslims in the West are enjoying governments’ free hand-outs — housing, education, healthcare, often even cash — so we choose to stay while hating and insulting the societies that that pay for our stays with their tax money?

But it would be helpful if the other Muslims in Sweden and the West would make a clear choice to accept the West and respect its values, or else leave and go to a country that already embraces Islamist values.

If not, they should not complain about being labeled as supporting Islamists who want to turn Western states into places for terrorism and Islamism.

If we Muslims are really against these Islamists, we have to take a clear and a vocal stand against them and what they stand for.

Mudar Zahran is a Palestinian writer and academic from Jordan, who now resides in the UK as a political refugee.


(Vidéo) Nikki Haley : "I am here to emphasize that the United States is determined to stand up to the U.N.’s anti-Israel bias.” THE WORLD AND WHAT'S AT STAKE, IN 3 PAGES AND 1 GRAPH