Denver: Muslim who shot transit guard says he did it for the Islamic State, investigators say he didn’t 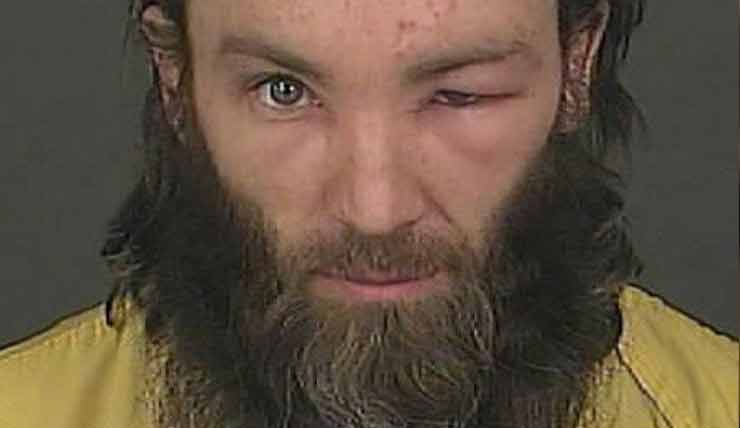 “Police have uncovered no evidence to suggest Cummings was either directed by ISIS to carry out the killing or may have been inspired by the group, Denver Police Commander Barb Archer said Friday.”

He said he was inspired by the Islamic State, and the Islamic State has repeatedly called on Muslims in the U.S. to attack police and security personnel, but who cares about such details? Cummings himself must be so frustrated: what does a guy have to do to get recognized as a warrior for Allah in this politically correct age?

DENVER (AP) — A former U.S. soldier accused of shooting and killing a transit guard in downtown Denver last month says he is a supporter of the Islamic State group, but investigators say they have not found evidence the terror group had anything to do with the killing.

He said he did so to purge himself of an oath he took to uphold the U.S. Constitution when he joined the Army in 1996.

Speaking calmly and addressing a reporter as “ma’am”, the Islamic convert from Pampa, Texas, declined to discuss the crime or whether his support for ISIS led him, as police allege, to walk behind Scott Von Lanken while he was speaking to two women around 11 p.m. on Jan. 31 and put a gun to his neck.

One of the women told investigators Cummings said something like, “Do what you are told,” just before he opened fire and ran away, police have said….

Police have uncovered no evidence to suggest Cummings was either directed by ISIS to carry out the killing or may have been inspired by the group, Denver Police Commander Barb Archer said Friday….

Archer said federal authorities who also have investigated Cummings have not told her about a possible Islamic State connection, as she would expect them to if there was one.

“I think he’s looking for attention,” she said of Cummings’ comments about pledging loyalty to the Islamic State.

Cummings served in the Army more than a decade ago but never saw combat.

Investigators interviewed him in December after members of a Denver-area mosque reported concerns about him to federal authorities. The FBI has declined comment on what if any action agents took after Cummings was interviewed or about any involvement they may have in the shooting investigation….

Denver-area Muslim leaders have repudiated Cummings’ self-professed practice of Islam. They stressed in a December email to the U.S. Department of Homeland Security their perception that Cummings’ statements and rants about Islam at one area mosque led them to fear he had become radicalized.

On Dec. 24, a mosque leader emailed the Department of Homeland Security to say a man identifying himself as a Muslim convert named Joshua, from Pampa, Texas, made worrisome statements that day about fighting to establish “the rule of Islam.” The email also said Joshua had rebuked a speaker “as being soft” on Shariah law earlier in December.

Ismael Akbulut, a leader in the Denver-area Muslim community, said he knew nothing about Cummings professing allegiance to the Islamic State.

“It’s his own interpretation” of the purpose of fasting, Akbulut said. “If he had been affiliated with ISIS they would post that on social media. They haven’t. I think it’s his desire to be affiliated with that now.”

Islamic State supporters often proclaim their allegiance in social media before attacks. It is less common for them to declare it after the fact.

Cummings had been vocal on Twitter about his views about Islam as well as both critical and supportive of law enforcement.

He told the AP said he had wanted to declare his allegiance ISIS and its leader, Abu Bakr Al-Baghdadi, earlier but an infection had prevented him from fasting….

Since his arrest, he said he received medical care in jail that gave him the ability to fast and “expiate” his prior oath.

He used the Arabic word for allegiance in making his declaration and then explained in English what he meant.

Akbulut said Islam does call for atonement through three days of fasting, but he said that would not apply in the context Cummings described.

“In this case it’s totally nonsense,” Akbulut said. “It’s his own interpretation.”


Why Israel’s and Europe’s fates are intertwined."If Israel can fall, Europe will fall" (Vidéo) Nikki Haley : "I am here to emphasize that the United States is determined to stand up to the U.N.’s anti-Israel bias.”