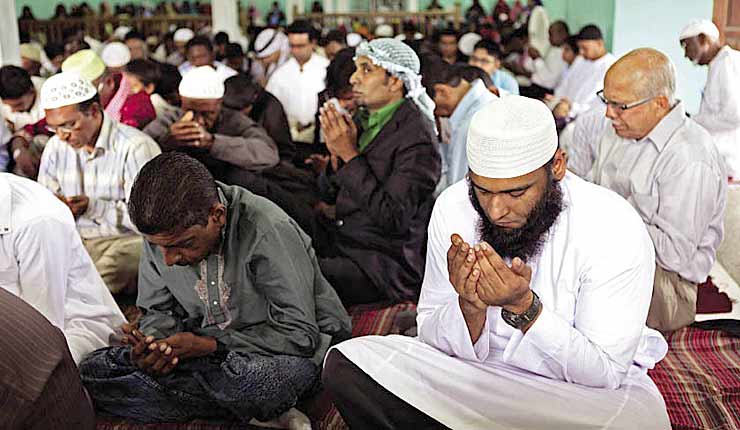 Up to 125 jihadists and their relatives have traveled from the Caribbean island nation of Trinidad and Tobago to join the Islamic State (IS) in the Middle East, making the country “the largest per-capita source” of recruits for the jihadist group in the Western Hemisphere, reports the Associated Press (AP).

ISIS has disseminated propaganda videos and magazines featuring jihadists with Trinidadian accents training in the desert, killing some of the group’s enemies, and encouraging their compatriots to join them.

A Caribbean island nation has become an unlikely source of fighters and funding for the Islamic State militant group, prompting an internationally backed effort to stem the flow of money and recruits to Syria and Iraq.

Security officials and terrorism experts believe that as many as 125 fighters and their relatives have traveled from Trinidad and Tobago to Turkey and on to IS-controlled areas over the last four years, making the country of 1.3 million people the largest per-capita source of IS recruits in the Western Hemisphere.

In response, Trinidadian authorities are reportedly conducting an “intensive surveillance and monitoring” of homegrown jihadists in the country.

Homegrown Islamic terrorists in the predominantly Christian nation of Trinidad and Tobago, home to the only Islamist uprising in the Western Hemisphere, “have a history of militancy and crossover with the country’s violent criminal gangs,” points out AP.

U.S. Southern Command (SOUTHCOM), responsible for American military activities in Latin American countries below Mexico and in the Caribbean, the State Department, and some members of the United States Congress have warned against recruiting operations linked to the Islamic State, also known as ISIS and ISIL, in Latin America.

“They are certainly not the only ones worried about this phenomenon of self-radicalization and how easy it has become,” U.S. Navy Adm. Kurt Tidd, chief of SOUTHCOM, told AP. “They [Trinidadian authorities] need to be able to understand what are the conditions that might predispose individuals to become radicalized and then to be able to take steps to try to stop that from occurring before people go down that path with the tragic results we have seen in everyplace from Paris to Brussels to Berlin to Orlando to San Bernardino.”

“Trinidad and Tobago officials have recently proposed legislation to crack down on the flow of money to Islamic State fighters overseas by establishing criminal penalties for those sending money to the group,” points out AP, noting that the authorities in the country believe their anti-terrorism efforts are yielding results.

The SOUTHCOM commander reportedly “praised Trinidad and Tobago for adopting anti-terrorism legislation and cooperating with the U.S. and other international partners.”

In March 2016, Adm. Tidd told reporters that between 100 and 150 individuals from Latin America and the Caribbean have traveled to Syria and Iraq to fight on behalf of ISIS and other Sunni extremist groups.

“I think we all saw the video of the 14-year-old from Trinidad and Tobago that was videotaped engaged in an act of terrorism, executing a Syrian combatant,” he added.

Echoing Trinidadian state security officials, Cmdr. Tidd noted in June of last year that the U.S. military is confronting an “extremist Islamist movement” in the Americas that has been linked to illicit trafficking networks used by criminals and terrorists likely working together.

He emphasized that people in Latin America and the Caribbean are being radicalized by jihadist groups, namely ISIS and Shiite Iran’s narco-terrorist proxy Hezbollah.

In March 2015, Tidd’s predecessor who now serves as the U.S. Department of Homeland Security (DHS) Secretary, retired Gen. John Kelly, also warned that Sunni extremists are radicalizing converts and other Muslims in Latin America, adding that ISIS may exploit trafficking organizations in the region to infiltrate the United States.

“U.S. officials have described themselves as deeply concerned about the combatants and funds heading out of Trinidad and Tobago,” notes AP. “They say they are working with the islands’ government on intelligence-sharing and new legislation, as well as sponsoring trips for Muslim leaders to the U.S. to meet Islamic leaders working on anti-extremism programs.”

In a November 2016 letter urging former President Barack Obama to take action, Joni Ernst (R-IA), a member of the Senate Armed Services Committee, said ISIS is “growing more overt in Latin America” as the jihadist group loses territory and influence in the Middle East.

“An oil-rich nation just off the coast of Venezuela, Trinidad and Tobago has long been celebrated for its rich mix of cultural influences, primarily rooted in India and Africa,” explains AP. “Its Muslim minority of Indian-descended families and Afro-Trinidadian converts includes dozens of mainstream mosques and more militant strains such as the Jamaat al Muslimeen, an organization responsible for a 1990 coup attempt classified as the Western Hemisphere’s only Islamist uprising.”

According to the CIA World Factbook, which estimates the size of the population to be 1.2 million, five percent of the Christian majority island nation is Muslim and nearly 20 percent Hindu.


Thousands Turn Out for Baghdad 'Silent Protest' Complete denial : For Merkel 'Islam is not the source of terrorism'