The Left’s Once Mighty Echo Chamber Is Losing Power 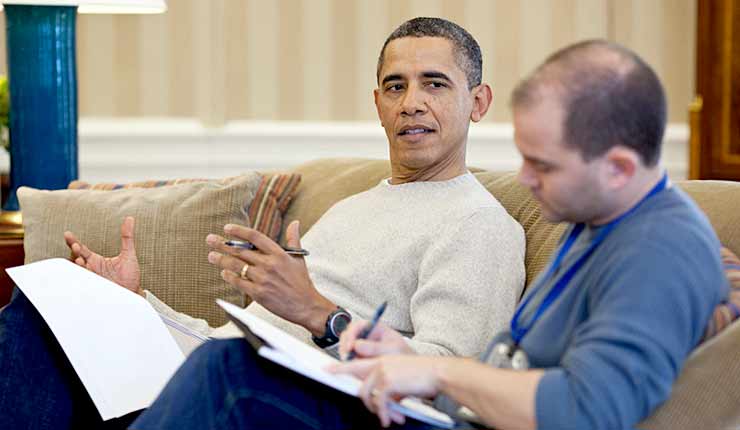 This echo chamber once held great power.  They used to be able to form “narratives,” ( activist storylines to decide and interpret news), persuade the powerful, and terrorize the right.  They could make most Republicans quake just by pulling out the race card or the half dozen other narrative cards they have used for so long.  The chamber was constructed over decades. Leftist educators and pols used this Alinskyite playbook to ascend to power, and damn, they were good at using it.   One of their pols, or media stars would say something, often perfectly false, and voila! the media, and their fellow Democratic Party pols would echo it and repeat it so much, it would literally become true in the minds of the majority of the public.   The ideas that Republicans were racist, or against science, or had brazenly ruined the environment, are great examples of what they accomplished.

Now, the echo chamber is losing its power.   The tricks the left used to nominate and elect a man who literally had no business running for any office — that’s President Obama, who had no qualifications for the office – no longer work.  These same tricks were used to try to elect Hillary, they even doubled and tripled their usage of the echo chamber.  Yet Trump is now president instead of Clinton.

However, we now have a more sinister power rearing its ugly head in the out-of-control leftists embedded deep in the heart of our intelligence agencies,and bureaucracies.  Trump is now fighting a multiple-front war for his transformative agenda. He is facing an unhinged left, some remaining obstructionist fools in the GOP establishment, and a malevolently powerful deep state itself.

Of course you’re now saying, “Look at what they did to General Flynn, and what they’re doing to the Trump reputation!  They’re just as powerful as ever!”

I would counsel a little patience here.   Just because the Democrat/media complex is in full, swashbuckling, we’ve-stormed the castle, we’re-going-to-impeach him-mode is no reason to panic.  None of us should be pleased with the ousting of General Flynn, but let’s recognize that we don’t really know the story of what happened, or why.  We can be relatively certain that the media doesn’t either, and that they have it out of proportion.  The left is blowing its own opportunity by hyper-exaggerating their case.  Put their yelping together with the clear and obvious intent to have Trump impeached one month into his presidency, impeached for virtually anything he does, for anything they disagree with, and it’s clear that this will go nowhere.   Literally all of them are over the top with shriekings such as this:

It’s worse than Watergate, they were bought and paid for by Russia hacking the election, they installed everyone Putin wants in the cabinet.  Flynnpeachment. Plus Trump hates puppies.  And moms.

Patience.   They’re discrediting themselves daily.  It may not be fun watching just how hysterical they act, but they’re not going to win this.

There are several reasons the left’s capacity to take out Trump will not work.  The first has been mentioned:  The echo chamber is out of gas, its hyperbole is way beyond believable, and their petulance and anger is obvious.   Like in the Wizard of Oz, they don’t realize Toto has torn the curtain away, and we’re seeing who is behind that curtain.

The second reason:   The Trump team is implementing its agenda one step at a time.   The administration is actually doing what they promised they would during the campaign.  Shocking, I know.   In spite of the Democrats’ obstruction, Trump has done more in a month than most thought was possible.    Judging from their resolve, they aren’t going to stop.  They are not cowed, they are not dissuaded from what they see as their mission to bring America back.

The third reason:  The Trump voter is still engaged.  Not only are they engaged, they are doubly thrilled that he isn’t backing down to these people.  They aren’t so much seeing the bumps in the road or the obstacles the left is throwing out, they are just seeing an administration that is fighting for them, and it energizes their own determination to fight, too.  Because the Trump administration is serious about its promises, it is earning the loyalty of those who have supported them.  This is a movement of principle, and the principles stood for are being followed, they are being implemented.

George W. Bush lost the loyalty of the Republican base, very quietly for two reasons.  First, he was unwilling to engage the left and fight back against their outrageous claims. It became his big weakness.   Most of us were unsettled by it, quietly realizing that he was not defending our support for him, and we waited, hoping for him to change.  In his second term, he once and for all lost a huge amount of his support when he crossed the aisle, and joined the Democrats to cram the amnesty for illegal immigrants bill down our throats.  He actually called his own base bigots for favoring rule of law.

After that he was toast.  Much like his dad had done, he betrayed the principles that had elected him.  By losing us, he lost his legacy.

Not so with this administration.   They will not only survive this attempt to take them down, they will likely come out on the other side more empowered than ever.   It is a shared resolve between them and their supporters.

Last night the House Permanent Select Committee on Intelligence Chairman Devin Nunes announced how concerned he was with the illegal actions of the deep-state intelligence-community leakers, and that they would be looking at how to find them and stop them. It was clear from that that the House leadership is standing firm.  They appear to understand the battle.  Rather than accept the premise that Trump’s administration had sold out to Russia, they are going after the leakers.  The Senate Republicans may be waffling for now, as they are unfortunately following the Bush methodology, but that is likely to change as they react to the following when:

The Trump administration wins in the end with its travel restrictions.

They fashion a better system of vetting those who would come here.

Neil Gorsuch gets confirmed in the midst of Democratic Party caterwauling.

The wall being planned gets started.

Members of our military and local police know they have the support of the White House leadership and are happier.

Our new Health and Human Services Secretary follows up on finishing off Obamacare.

The Prime Ministers of Japan, Canada, and Israel are all smiling warmly.

Energy pipelines are approved and the energy independence of the U.S. is advanced.

Trump schedules a new rally campaign to remind us of all the stakes.

Last but not least, Jeff Sessions is getting the lay of the land at the Justice Department.   More than anyone else, he will be the key to rooting out the new foe we are calling the deep state.   They will not stand.  They will lose, because Sessions will ferret out the wrongdoers, and follow the right principles until they are in place.

So take heart.  Against such formidable principles and resolve, a shrieking left and hyperbolic left will not prevail.


Complete denial : For Merkel 'Islam is not the source of terrorism' Dutch Muslim who preached ‘harmony’ unmasked as ‘rabid anti-Semite’