Scandinavia: The West’s Citadel of anti-Semitism 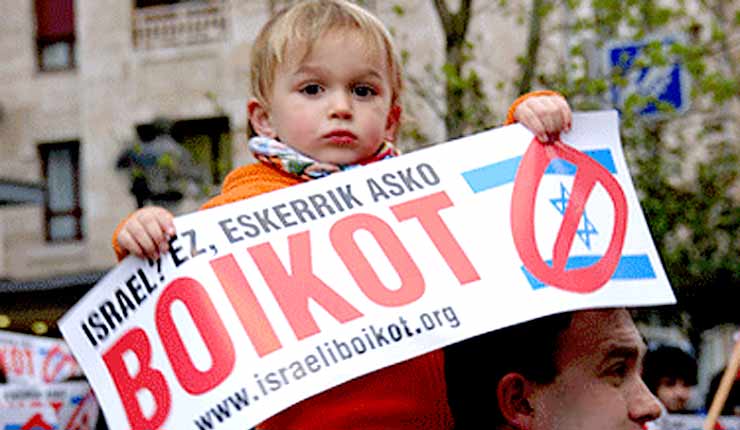 On January 12, the Norwegian newspaper Aftenposten published an article about Jared Kushner, US President Donald Trump’s son-in-law and his senior adviser: “The Jew Kushner reportedly pushed for David M. Friedman as the new ambassador to Israel”, Aftenposten wrote. The newspaper had later to apologize for calling Kushner “the Jew”.

A few weeks earlier, the city council of Trondheim, Norway’s third-largest city, passed a motion calling on its residents to boycott Israeli goods — a city aspiring to be “Israel-free”. Then it was the turn of another Norwegian city, Tromso, population 72,000, whose city council approved a similar motion. More than 40% of Norwegians are already boycotting Israeli products or are in favor of doing so, according to a poll.

What hell is happening in Scandinavia, whose countries, Norway and Sweden, are bastions of political correctness, champions of multiculturalism and, according to the Global Peace Index, the most “peaceful” countries in the world? “The most successful society the world has ever known”, however, as The Guardian labelled Sweden, has a dark side: Israel-slandering and anti-Semitism.

Sweden and Norway are manipulating public opinion in the way immortalized by George Orwell in his novel “1984” as the “Two Minutes Hate”. These countries have seen the creation of a public opinion according to which Israel is a merciless enemy of humanity that ought to be dismantled forthwith.

A year ago, Israeli prime minister Benjamin Netanyahu presented at the Knesset, Israel’s parliament, an updated map of Israel’s friends and enemies. Only five countries are openly at war with the Jewish State: Iran, Iraq, Syria, Afghanistan and North Korea. Then there are the friendly countries, including many non-Muslim African countries that once had no diplomatic relations with Jerusalem. But the map also included a European country that for the first time moved into the “non-friends” camp: Sweden.

Despite the fact that Jews in Norway are only 0.003 percent of the total population, Oslo is now world’s capital of European anti-Semitism. Recently, the Norwegian National Theater opened its Festival in Oslo with a dramatic video clip. The video urged a boycott of the National Theater of Israel, Habima, in Tel Aviv. Funded by the government and aired at the festival, the clip shows an actress posing as a spokesman for the National Theater and calling for a boycott of the Israeli theater. Pia Maria Roll labelled Israel a state “based on ethnic cleansing, racism, occupation and apartheid”. Israel’s Ministry of Foreign Affairs responded saying that the seven-minute video recalls “the Norwegian collaborationist Vidkun Quisling and Knut Hamson” (a Nobel laureate for Literature who sympathized with Hitler).

It is not the first time. A festival in Oslo also rejected a documentary, “The Other Dreamers,” about the lives of disabled children, simply because it was Israeli. “We support the academic and cultural boycott of Israel,” wrote Ketil Magnussen, the founder of the festival.

Norway is the European country most engaged in the campaigns against Israel. All Norwegian universities refused to host Alan Dershowitz for a speaking tour about the Middle East. A proposal for an official academic boycott against Israel was promoted by Norway’s University of Trondheim. If approved, the boycott would have been the first of its kind in a European university since the Nazi boycott of Jewish professors.

The Norwegian Ministry of Finance has excluded Israeli companies, such as Africa Israel Investments and Danya Cebus, from its Global Pension Fund, a fund that invests the national wealth in foreign stocks and bonds, and which holds more than one percent of all global stocks. The Norwegian trade union EL & IT, which represents workers from the energy and telecommunications sectors, has boycotted the Histadrut, Israel’s national labor union.

In Norway, anti-Semitism has affected many “intellectuals”. One is Johan Galtung, a Norwegian sociologist dubbed the “father of peace studies“, a proud leftist who made anti-Semitic and anti-Israeli statements at the University of Oslo and who claimed (falsely) that there is a link between the perpetrators of the massacre at Utoya in Norway and the Mossad.

Norwegian newspapers are full of classic anti-Semitic tropes. A cartoon in the largest newspaper, Verdens Gang, showed the former Israeli Prime Minister Ehud Olmert’s feet as those of an animal. In Aftenposten, the second-largest newspaper, a rat eats the Star of David, the symbol in the Israeli flag. Another daily, Dagbladet, a glory of the Norwegian Left, published a cartoon in which Palestinian terrorists leave an Israeli prison with the German motto of the Buchenwald concentration camp: “Jedem Das Sein“.

Evelyne Zeira, who works at Hadassah Hospital in Jerusalem, asked a Norwegian researcher, Ingrid Harbitz, to send her material to develop treatments for Palestinian victims of thalessemia, a blood disease. Harbitz’s answer was: “Due to the current situation in the Middle East, I will not deliver material to Israeli universities”. To her, Israeli Jews and even Palestinians do not deserve Norwegian blood!

During Israel’s war against Hezbollah in 2006, the daily Aftenposten published an article by Jostein Gaarder, Norway’s most famous writer and a “thirdworldist”, in which he imagined the destruction of Israel. Gaarder, whose novel “Sophie’s World” has been translated into 53 languages ​​and has sold millions of copies, justified the expulsion of Israeli Jews from their land. “We no longer recognize the State of Israel,” Gaarder wrote, as if he were an Iranian imam.

The same racism exists in Sweden.

A few days ago, the Swedish Parliament discussed a deal between Volvo, the country’s most important car maker, and the Israeli bus companies. Volvo provides, in fact, some buses which keep the Israelis alive in Judea and Samaria. Jewish schoolchildren in these areas have to use armored buses to avoid being shot and murdered by Palestinian terrorists. But according to the chairman of Sweden’s parliamentary committee on foreign affairs, Kenneth G. Forslund, their right to life, granted by Volvo’s buses, is “a violation of international law”. Swedish dockworkers sponsored a week-long boycott of Israeli ships and goods. The old good days when Swedish ships saved the Jews from Nazis are gone.

Sweden’s former Minister for Housing and Urban Development, Mehmet Kaplan, a Muslim of Turkish origin, took part in the pro-Hamas assault against Israel by the “Freedom Flotilla” in 2010. He compared Israel to Nazism and called for the “liberation of Jerusalem”. The education minister, Gustav Fridolin, has been arrested for protesting in front of the anti-terrorism fence built by Israel in Judea and Samaria to protect the lives of their citizens on the coastal plain, massacred by suicide bombers.

Recently, Swedish public television broadcast “The Occupation of the American Mind“, a conspiracy film about the “Israeli Lobby” supposedly controlling in the United States. During the Second Intifada, in a Stockholm Museum, a photograph was reprinted of a smiling Palestinian suicide bomber, who had killed dozens of Israelis at a restaurant in Haifa. In the photograph, he was on a white boat in a bathtub full of blood-red liquid. Aftonbladet, Sweden’s largest daily newspaper, then ran an article by Donald Bostrom where, without any evidence, he charged the Israeli army of harvesting the organs of Palestinians.

Dagens Nyheter, the most sophisticated Swedish newspaper, published a violently anti-Semitic op-ed entitled, “It is allowed to hate the Jews”, in which the historian Jan Samuelson said that until Israel ceases to “occupy” the territories, hatred for the Jewish State will be justified. He totally disregards, however, that the Jordanians illegally seized the territories in the aggression they initiated against Israel in the War of 1948; in 1967, Israel, in fact liberated its own land from illegal Jordanian occupation.

After Trump’s election, the daily Dagens Nyheter ran an anti-Semitic cartoon, in which the Israeli Prime minister Benjamin Netanyahu and US President-elect were being carried by an Orthodox Jew, a Ku Klux Klan member and a gun-carrying man branded with the Israeli flag. The Nazi daily Der Stürmer could not have drawn it better.

After the massacres of November 13 in Paris, Sweden’s minister of Foreign Affairs, Margot Wallström, said that “to counter the radicalization we have to go back to the situation in the Middle East where the Palestinians see that there is no future for them and must accept a desperate situation and resort to violence”.

Does Wallström really mean that to defeat Islamic aggression, Israel must surrender? The Palestinians’ situation is indeed desperate, but as they have had full autonomy for decades, their desperate situation is caused by their own cynical and corrupt leaders who appear deliberately to keep their people in misery try to blame it on Israel, in the same way that people maim children to make them “better” beggars.

Meanwhile, the Trondheim synagogue has become one of the best protected buildings in Norway, and Jews live under siege in the Swedish city of Malmö. Vidkun Quisling, the Nazi collaborationist, would have been proud of his heirs, even if now they are self-proclaimed “progressives”.

One thought on “Scandinavia: The West’s Citadel of anti-Semitism”