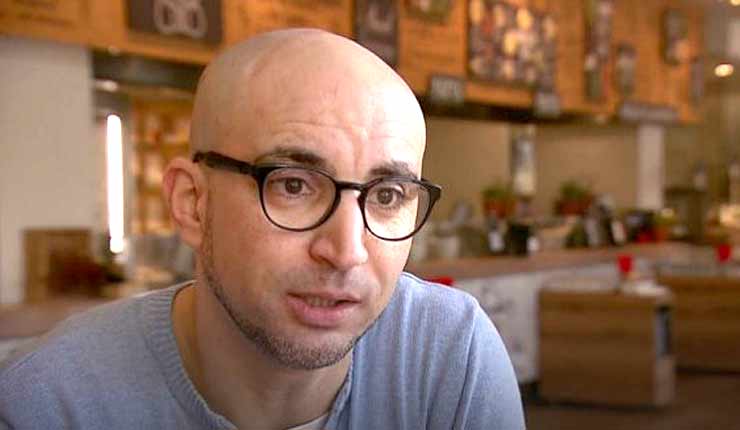 AMSTERDAM (JTA) — A Muslim baker who moved many viewers in the Netherlands with his televised plea for coexistence and acceptance had called in the past for a genocide against Jews, Dutch papers revealed.

Rachid el Hajoui, an immigrant from Morocco who works at a pizza eatery in Tilburg, made his emotional appearance during an expose on growing feeling of insecurity and estrangement in the Netherlands aired on the Feb. 14 evening news edition of the NOS public broadcaster, the country’s best-viewed station.

In the interview (link in Dutch), el Hajoui confessed he feared going to mosque “because some crazy person might attack” there. “Intelligent people incite to the most stupid actions. And stupid people do it,” he said. He complained about “the hateful voices” on Twitter and in the political establishment, ostensibly against Muslims. “I stand for democracy and I want my family and everyone to live in harmony,” he said.

But on Wednesday, the de Dagelijkse Standard conservative blog found some hateful statements by el Hajoui, whom they also discovered was previously an activist for the Socialist Party and later with the progressive D66 party.

An English-language message posted on el Hajoui’s Twitter account in 2014 read: “Hitler was nothing compared to the Israelis. Someone would had to finish his work 60jr ago.” He also wrote in Dutch: “Only answer to Israel is total extermination, annihilate the cockroaches #1945 #wehateisrael.”

He also praised Recep Tayyip Erdoğan, Turkey’s authoritarian and Islamist leader, as “the only real man among Muslim leaders.”

The revelation exposed NOS to scathing criticism in other media for affording el Hajoui the opportunity to preach tolerance without addressing his past statements, which were revealed by Twitter users and bloggers who took an interest in him following the news broadcast. BY Friday, El Hajoui appeared to have deleted his Twitter account.

The Center for Information and Documentation for Israel, the country’s main watchdog group on anti-Semitism, filed a complaint for incitement to hatred against el Hajoui.

But Esther Voet, the group’s former director and currently the editor-in-chief of the Nieuw Israelitisch Weekblad, wrote in an op-ed in her weekly that while what she called el Hajoui’s hatred and hypocrisy are not surprising, what “is big news is that NOS made a hero out of this rabid anti-Semite” el Hajoui, whom she also called a “pet Moroccan.”

Separately, the Christian organizers of a festival for peace in the eastern city of Apeldoorn last week apologized for offering a podium to an anti-Israel activist whom they said had used anti-Semitic terminology in speaking about the Jewish state during the event last week.

Ending a protracted dispute, the Foundation Jewish Apeldoorn and the organizers from the Church Group Peace Week Apeldoorn signed a joint statement on Feb. 10, denouncing the remarks of the anti-Israel activist Cornelis Blok as “anti-Semitic.” The parties stated that Blok of the Sabeel group used the term “Jewish race” during his speech and equated Palestinian jihadists with anti-Nazi resistance fighters.

The chief organizer, Eddy Anneveldt, also apologized for writing to Blok a friendly email stating: “Because of you, my view of Jews has not particularly improved.” In the statement, Anneveldt wrote this was a generalization.


The Left's Once Mighty Echo Chamber Is Losing Power Pope Francis: “Muslim terrorism does not exist”