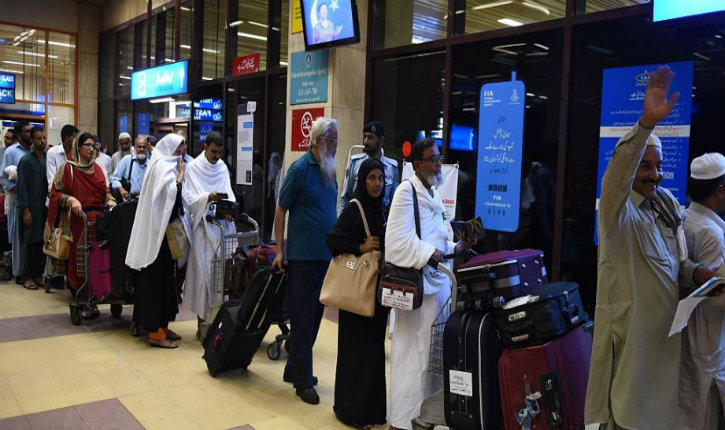 The Saudi Gazette reported last week that “a number of Pakistanis were held in the crimes of drug trafficking, thefts, forgery and physical assault.” Authorities feared that some of the migrant workers were linked with ISIS, or as the Saudis call the terror group, Daesh. Other migrants were deported due to expired residency and work permits.

“Against this backdrop, Abdullah Al-Sadoun, chairman of the security committee of the Shoura Council, called for thoroughly scrutinizing the Pakistanis before they are recruited for work in the Kingdom,” added the Gazette. “He asked for more closer coordination with the concerned authorities in Pakistan to thoroughly check those coming to work in the Kingdom due to the involvement of a number of Pakistanis in security issues.”

While the Kingdom has long exported the jihadist ideological cancer of Wahhabism to mosques and Islamic centers across the West, it has prided itself in its effort to rid the homeland of terrorists threatening to undermine the stability and sovereignty of the monarchy.

Counter-terrorism raids are not uncommon in Saudi Arabia. In fact, counter-terrorism agents recently arrested 15 Pakistanis in the Al-Harazat and Al-Naseem districts of Jeddah on terrorism-related charges.

Pakistanis have mostly traveled to Saudi Arabia looking for work. Many of them take low-paying and dangerous jobs in the construction industry.

But leave it to Saudi Arabia to treat its migrant labor force with appalling apathy.

This all begs the question: Is Saudi Arabia Islamophobic? Well, if you’re claiming that President Trump’s falsely identified “Muslim ban” (recently rendered unconstitutional by a federal appellate court) is Islamphobic because of the fact that it places a temporary freeze on the acceptance of incoming refugees from just seven (out of dozens) of the high-risk Muslim-majority countries in the world, then surely Saudi Arabia’s mass deportation of tens of thousands of Muslims due to terrorism concerns should ring some alarm bells.

Is Saudi Arabia immune from the charge of Islamophobia because its leaders are Muslim? Or, better yet, is the Left’s entire hysterical crusade against Trump’s “Islamophobia” a red herring meant to delegitimize the political opposition?

The bottom line is every sovereign state, whether it be Saudi Arabia, Israel, or the United States, has a right to defend its borders and regulate who comes into the country. Every sovereign state has a right, perhaps even a duty, to protect its citizens against foreign threats, particularly terrorist threats.