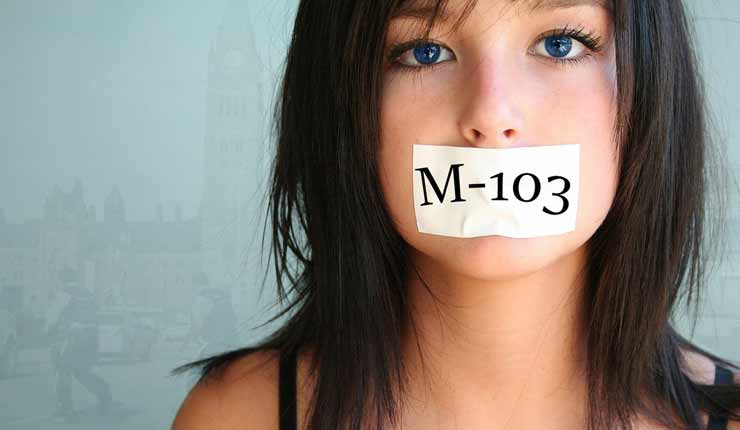 We know some Muslims are working to institute gender equality, and others are partners with the government in fighting terror. However, these efforts need to become the norm rather than the exception. Once this takes place, the world will automatically begin to see Muslims in positive light.

The most damaging assault by Islamic fundamentalists on Western values – and indeed Western civilization itself – is in the realm of free speech.

There have been attempts to quash free speech right here in Canada.

Privately, a handful of liberal Muslims endure a daily barrage of angry emails because they challenge the obscurantism that characterizes radical Islam.

Internationally, the Organization of Islamic Cooperation has moved to curtail “Islamophobia” in the Cairo Declaration of Human Rights. I categorically reject such restriction on free speech, just as I reject M-103, tabled by Liberal MP Iqra Khalid, who has refused to remove the term from the motion.

Does Islamophobia mean a fear of all Muslims? Islamic practice? Islamic culture, perhaps?

Is this fear, like any true phobia, an irrational fear?

What M-103 supporters need to ask is how often their opponents incite violent acts.

Let me venture a guess. People who read newspapers and form opinions about certain communities almost never pick up guns to shoot members of those communities.

The educated appreciate and embrace differences.

They also understand that in evolving societies discussions are paramount if positive change will ever occur. Calling their disagreement a phobia devalues their critical opinion.

Journalists across Canada, including my colleagues at Postmedia, always avoid hate speech.

When we challenge a certain Islamic practice, we are careful to exclude the moderate majority and focus our attention on a small segment of the Muslim community. Yet some claim that even such discussion conflates the radicals with the moderates.

If Khalid believes such discussions include all Muslims, she is unwittingly admitting that all Muslims are indeed like the fundamentalists.

Khalid is mistaken if she believes any rational discussion on Islamic practice castigates all Muslims. She must understand that any well-intentioned and constructive discussion on a religious practice or ideology is a fundamental right of every Canadian.

There is no phobia of Islam in Canada. There is genuine resentment toward orthodox Islam. But it has little to do with the usual public discourse.

Some practices, whether we discuss them in public or not, are commonly known to be associated with orthodox Islam, such as polygamy, wife battery and ostracism of religious minorities.

It is up to moderate Muslims to distance themselves from these outrages as much as possible. So far no robust public challenge to such practices has emerged from moderate segments of the community.

Without such a grassroots challenge any social observer, professional or amateur, can form any opinion on orthodox Islam, whether positive or negative.

We know some Muslims are working to institute gender equality, and others are partners with the government in fighting terror. However, these efforts need to become the norm rather than the exception. Once this takes place, the world will automatically begin to see Muslims in positive light.

Prime Minister Justin Trudeau has talked about finding the right balance between protecting a religious minority and also protecting our Charter rights.

The answer to his dilemma is simple: Do not put the slightest dent in our right to free speech.

To balance this, the prime minister can take more measures to protect the security of all minorities with tighter law enforcement and stricter punishments for alleged offenders like Alexandre Bissonnette.