Trump promises Israel that Iran will never get bomb 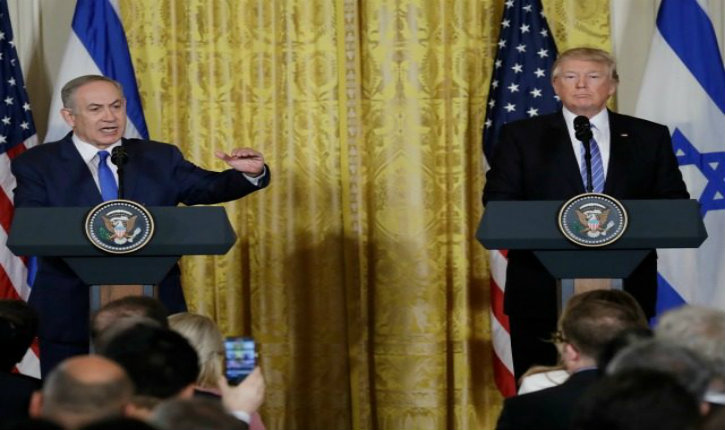 Trump’s vow was designed to address Israeli concerns over the nuclear deal between Iran and six world powers, which Netanyahu has warned expires too soon to permanently remove the threat.

“With this visit the United States, again, reaffirms our unbreakable bond with our cherished ally, Israel,” Trump said.

“The security challenges faced by Israel are enormous, including the threat of Iran’s nuclear ambitions, which I’ve talked a lot about,” he said.

“One of the worst deals I’ve ever seen is the Iran deal. My administration has already imposed new sanctions on Iran, and I will do more to prevent Iran from ever developing — I mean ever — a nuclear weapon.”

The Iran nuclear deal was reached in July, 2015 and went into effect the next year. Under its terms Iran agreed to dismantle part of its nuclear program, surrender enriched fuel and submit to international inspection.

But critics of the agreement, including Netanyahu, have argued then when some of the terms of the deal expire in 10 and 15 years it will leave Tehran on the threshold of building a bomb.


How a Pro-Palestinian American Reporter Changed His Views on Israel and the Conflict Netanyahu at White House: "There is no Bigger supporter of Israel than Trump"