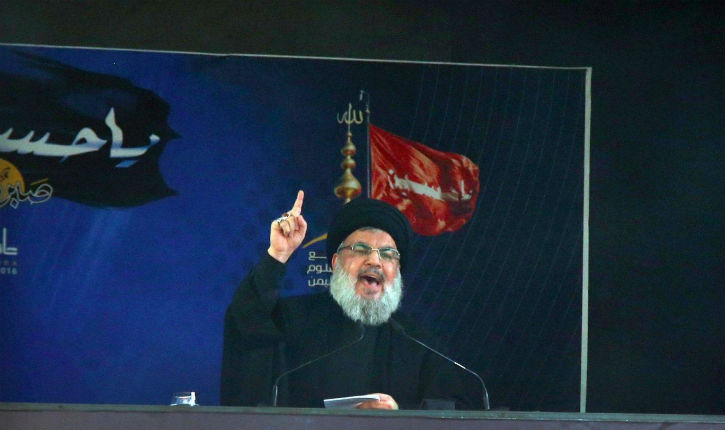 Hassan Nasrallah says Trump is the “true face of the US administration,” which he calls “ugly, unjust, criminal, and racist”

The leader of Lebanon’s Hezbollah, a militant Shiite group the US has designated a foreign terrorist organization, publicly expressed his optimism over having an “idiot” in the White House.

“We are very optimistic that when an idiot settles in the White House and boasts about his idiocy, this is the beginning of relief for the oppressed around the world,” Hezbollah’s Secretary General Hassan Nasrallah said in a speech, referencing President Trump.

Nasrallah added Trump has revealed the “true face of the US administration,” which he calls “ugly, unjust, criminal, and racist.”

Hezbollah is a political faction with an armed wing backed by Iran. Trump’s national security advisor, Michael Flynn, said in a recent White House press briefing, that the administration is putting Iran “on notice” following the country’s test of a ballistic missile.

Israeli Prime Minister Benjamin Netanyahu will likely capitalize on President Trump’s ire toward Iran to pursue sanctions against Tehran and put pressure on Hezbollah, in a planned meeting between the two leaders next week, analysts have noted.