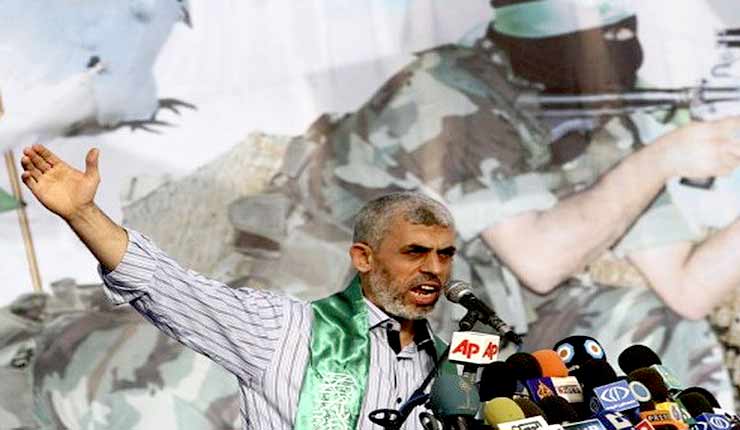 Yahya Sinwar, considered the strongest man in Gaza, will replace Ismail Haniyeh, slated to become terrorist group’s next political bureau chief • A senior member of Hamas’ military wing, Sinwar was released from prison as part of the 2011 Schalit deal.

The Qatar-based Mashaal announced last year he would be stepping down as the terrorist group’s leader.

According to reports, Haniyeh’s successor, Yahya Sinwar, was elected in a secret ballot.

Sinwar, 55, is a known Hamas hard-liner and a senior member of Hamas’ military wing, the Izzedine al-Qassam Brigades.

He was released from an Israeli prison as part of the 2011 Schalit prisoner exchange, after having spent 22 years behind bars over the murder of Palestinians accused of collaborating with Israel. He was also involved in the planning of the 1994 abduction of IDF soldier Nachshon Wachsman.

Sinwar was appointed to Hamas’ political wing four years ago and succeeded in creating a new position — liaison between the terrorist group’s political and military wings — gaining him considerable influence within the organization. In fact, Sinwar is widely considered the strongest man in Gaza today.

Palestinian newspaper Al-Quds reported that candidates backed by the Izzedine al-Qassam Brigades dominated the elections and won the majority of the votes.