What Is the Muslim Brotherhood? 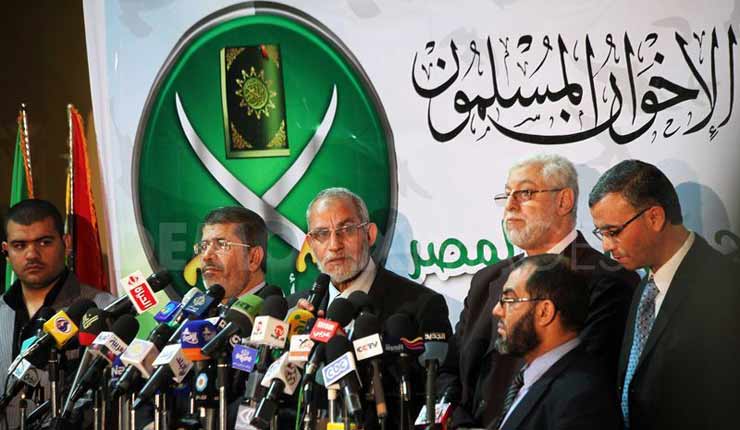 A bill introduced by Senator Ted Cruz to have the Muslim Brotherhood designated as a terrorist group could have far-reaching implications, many of which have received little public attention. The bill, if acted upon, would be the single greatest blow stuck against Islamist extremism in the USA. It would also have far reaching impact in Canada and elsewhere.

Islamists are those who have the desire to “impose any interpretation of Islam over society by law.” A variety of groups ascribe to the Islamist objective of imposing their politicized beliefs on others. Included in these are ISIS, al-Qaeda and Hizb ut-Tahrir. However, the largest and best organized of all the Islamist groups is the Muslim Brotherhood. They are the well-spring from which the Islamist ideology flows. The founder of the Muslim Brotherhood, Hassan al-Banna, stated that “It is in the nature of Islam to dominate, not to be dominated, to impose its law on all nations and to extend its power to the entire planet.”

The Muslim Brotherhood operating in the United States made it clear that:

“their work in America is a kind of grand jihad in eliminating and destroying the Western civilization from within and ‘sabotaging’ its miserable house by their hands and the hands of the believers so that it is eliminated and God’s religion is made victorious over all other religions.”

The producer of the memorandum from which this statement is derived was Mohamed Akram (A.K.A. Mohammad Akram Al-Adlouni). He is now the Secretary General of al-Quds International, the international think tank of the Muslim Brotherhood.

Today, according to a 2015 report, Mohammed Akram Adlouni is the General Secretary of the Al Quds International Foundation, a Special Designated Global Terrorist entity, accused by the U.S. Treasury Department of financing Hamas. The Treasury Department notes:

“Hamas’s leadership runs all of the foundation’s affairs through Hamas members who serve on the Board of Trustees, the Board of Directors, and other administrative committees. All documents, plans, budgets, and projects of Al-Quds are drafted by Hamas officials. Several senior Hamas officials, including Specially Designated Global Terrorists Musa Abu-Marzuq and Usama Hamdan, served on Al-Quds’ Board of Trustees. Representatives at an Al-Quds conference were told to consider themselves unofficial ambassadors for Hamas in their respective countries.”

The chairman of the board of trustees of the Al Quds International Foundation is identified as Qatar-based Yusuf al-Qaradawi, the spiritual leadership figure of the Muslim Brotherhood. Qaradawi is the subject of an Interpol Red Notice.

The most important issue in Bill S.68 may be the inclusion of the NAIT – the North American Islamic Trust. Formed in 1973, it can fairly described as a waqf, which is the Islamic finance equal to a trust or endowment fund.

The property and cash holdings of the NAIT have never been made completely clear. CAIR itself stated that the NAIT holds the title of some 27% of the 1200 mosques in the USA. The NAIT website states that it “holds the title of approximately 300 properties.” This means that the Muslim Brotherhood controls a large number of mosques and other properties in the U.S. where the message of the Brotherhood is spread.

Former FBI Agent Robert Stauffer led a 1980s investigation into the NAIT, including its role in the ideological takeover of moderate mosques. At that time, he assessed that the ISNA received millions of dollars from the NAIT, which he says “served as a financial holding company for Muslim Brotherhood-related groups.” This money was wired into the U.S. from countries such as Saudi Arabia, Kuwait, Afghanistan, Egypt, Malaysia and Libya.

Like CAIR and ISNA, NAIT would have its assets frozen if it is designated as a terrorist group. This would include property such as real estate, as well as cash and other assets held in bank accounts. The responsibility for this would mainly fall to the Department of the Treasury, the Justice Department and the integrated inter-agency strategy known as National Money Laundering Strategy (NMLS).

Tom Quiggin, a court qualified expert on terrorism and practical intelligence, is based in Canada.


Iranian official: Our revolution has gone beyond the Mediterranean Dr. Essam el-Erian, a Muslim Brotherhood official and adviser to the Egyptian president, has called on Jews who left Egypt to return, as "Israel will be destroyed within a decade"