Know Thine Enemy: Creating A Clear Plan in the War Against Radical Islam 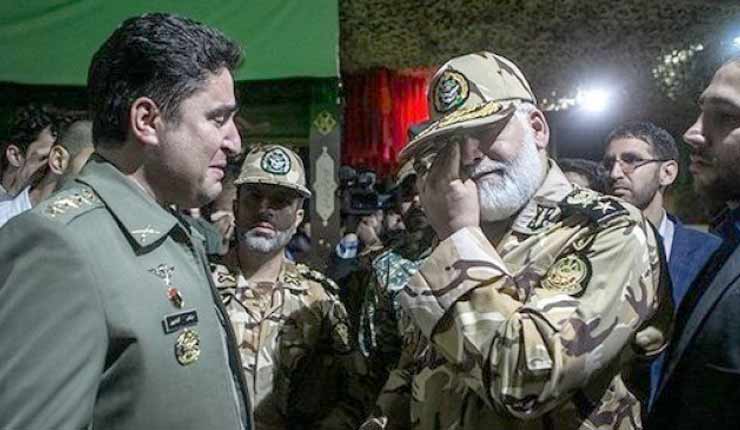 EXECUTIVE SUMMARY: To fight an enemy effectively, that enemy must be clearly defined. George W. Bush spoke of a war on terror, but conducted a crusade against tyranny. Barack Obama gave lip service to the freedom agenda, but employed a “realist”, non-interventionist policy on most issues, was reluctant to speak of “enemies” beyond al-Qaida and IS, and never called the enemy by name. The Trump administration is reportedly planning to scrap the conceptual framework of Obama’s “CVE” – Countering Violent Extremism – and focus more explicitly on the Islamist threat, but it remains to be seen just how he defines that threat.

With President Trump’s administration now busily dismantling much of what his predecessor left behind, it is more important than ever to proceed from a clear identification of adversary forces. “Know thine enemy” is an ancient strategic precept that has been largely been forgotten in recent years. The fuzzy concepts of the Obama era have now given rise to the contrarian tendency towards an outspoken determination to defeat radical Islam.

Some, in Israel and elsewhere, find this approach refreshingly straightforward, but one must be careful not to take this strategy in the wrong direction. There is an enemy to defeat and destroy, but it is not Islam as such. It is the modern, totalitarian (per)version of Islam known as Islamism.

Islamism is a poisonous tree with three current main branches: Iran and its proxies, IS and other al-Qaida clones, and the Muslim Brotherhood. It is these forces that should be confronted and ultimately destroyed, as other totalitarians were in the last century. This needs to be done with the help of moderate, non-radicalized, and de-radicalized Muslims.

A clear understanding of the forces one is up against is the foundational element for all intelligence work, as well as for strategic planning and the proper mobilization of national resources and international alliances. “Knowing thine enemy” was easier in World War II and in the days of the Cold War than it is today. With the “New World Order”, the political, economic, and intellectual hegemony of the West has been violently challenged by unexpectedly ferocious elements.

Who are these enemies and how are they to be defeated? After 9/11, the Bush  administration launched what came to be called a “Global War on Terror” (GWOT). But terror is, after all – while morally repugnant and legally banned – a tool of war, not an enemy. The term was parodied as an analogy to calling WWII “a war on tanks”.

The real enemies were identified, at first, as al-Qaeda and the Taliban. But once Afghanistan was liberated, the neoconservative agenda, inspired by Reagan’s success in bringing down the Soviet empire, transformed the War on Terror into a War on Tyranny: hence the retroactive justification for the invasion of Iraq as an act of deliverance and democratization.

Obama did not entirely abandon the so-called Freedom Agenda, echoing it during his Cairo speech in 2009 and in his reactions to the turmoil in the Arab world since 2011. But generally speaking, he took a cautious line, focusing on “root causes” and social and political ills rather than on enemies (the main exception being Bin Laden and, later, IS). His persistent refusal to “call a spade a spade” – to look upon Islamist radicals as an enemy force in the full sense, not just as a sub-species of the social phenomenon “Violent Extremism” – came to be seen by many as a highly problematic exercise in conflict avoidance and a willful denial of political and strategic realities.

This dismay probably played a role in empowering forces on both sides of the Atlantic that aggressively challenged the predominant, politically correct culture; hence Trump and his parallels in Europe and elsewhere. But to let the pendulum swing all the way over, as some fear, into a Huntingtonian template in which all of Islamic civilization is the enemy is to go too far in the wrong direction. True, the executive order suspending entry to the US from seven hostile or chaotic countries is not in itself anti-Islamic, but the clumsy way it was handled gave rise to this interpretation of the administration’s long-term intentions – not least because of the views ascribed to Steve Bannon and to President Trump himself.

Still, people in high positions in Washington are attentive to other Muslim voices. President Sisi of Egypt, with whom President Trump has struck a good relationship, is a strong advocate of “reforming the [Islamic] religious discourse” and reversing the Salafi-Jihadi tendencies that have stained it since the nineteenth century. The Saudi perspective – which has the attention of Secretary of State Tillerson, a former Exxon CEO, and Secretary of Defense Mattis, a former C-in-C of Centcom – has shifted in a similar direction, despite residual influences of the Wahhabi worldview. Even in Israel, sober voices prefer a nuanced worldview (and a warm relationship with Muslim nations from Jordan to Central Asia to Africa) over civilizational Armageddon.

It is in the interests of all the key players to latch onto a coherent interpretation of who the enemy is and how to defeat it. That war could be called by the shorthand DIT, or Defeating Islamist Totalitarianism.

Modern Islamist totalitarianism draws on traditional elements in Islam, including the notion of jihad, the idea of Islam as a religion of conquest, and the central role of political power (e.g., the question of the Khilafa, or who can be “Caliph” or successor to Muhammad’s mantle, both religious and temporal) in shari’a (religious law). But it also draws on twentieth century models of political action from Lenin to Hitler. The Islamists’ slogan, “al-Islam hu al-hal”, or “Islam is the solution”, speaks to the political, social, and economic ills of today’s societies rather than to theological questions.

This distinction has several implications.

First, modern political movements – unlike ancient religious affiliations – can be tested and broken on the field of battle. Their legitimacy flows from their success, not from the validity of their arguments, and will ebb with failure.

Second, drawing a clear line helps mobilize moderate and pragmatic Muslim forces that are elements of stability within the existing power system. These include Sufi mystics violently targeted by Islamist Salafis, as well as those, like Sisi, who speak the idiom of Islamic modernist “enlightenment” (Tanwir) and rationalism (emphasized, for example, in the preamble to the current Egyptian constitution). All these forces have a vested interest in the defeat of IS, Iran, and the Muslim Brotherhood.

Third, it suggests a workable agenda rather than a millennial war. IS and its like can and should be “eradicated” (to use President Trump’s term from his inauguration). Attention should then turn to the Iranian regime and its proxies, notably Hezbollah, and subsequently to the Brotherhood and its offshoots, like Hamas.

Fourth and most important, clarifying this distinction can lay the foundations – as Prime Minister Netanyahu attempted to do in his message to the Iranian people – for a strategy of harnessing the growing alienation of many across the region from the horrors inflicted upon them by Islamist totalitarians. These include the citizens of Iran who are tired of living under a repressive regime.

“Know Thine Enemy” is also the name of a book written some two decades ago by a former CIA operative, “Edward Shirley” [Reuel Gerecht]. Upon leaving the Agency, Gerecht found a way to break the rules and pay a short visit to Iran, where he heard public sentiment firsthand. His most profound insight, even more relevant today than it was then, was that many Iranians are sick and tired of the mullahs’ regime and all it has inflicted on them since Khomeini’s triumphant return from Paris.

This can well be a strategic cornerstone of policy for the next few years. Nothing will make the region safer, in a more profound and lasting way, than lending a helping hand to the forces of change within Iran.

Col. (res.) Dr. Eran Lerman is a senior research associate at the BESA Center, and former deputy for foreign policy and international affairs at the National Security Council. He is also a member of the faculty at Shalem College.


Ex-Israeli Soldier Denounced On Us Campus for NOT Raping Palestinian Women Iranian official: Our revolution has gone beyond the Mediterranean